Hello! Hearthstone makes it easy to obtain packs of cards – it’s a strictly online game, no paper cards whatsoever. As such, you’ll probably head right over to the shop on the game and buy some packs. Hold up though – you could actually be saving some money before you do so:

Amazon Coins can be used to purchase eligible gaming items on the Amazon Appstore. Do you have an Android device? If you do, you’re set to go. If not, you could borrow a friend’s, log in and get to work – otherwise you might want to check out an emulator like BlueStacks.

Okay, now you have packs, or maybe you’re deciding to even get to that point. First, you might want to try playing some games of Hearthstone at the newbie level – new players can use free cards that everyone gets just for logging in. Try your hand at some games and see if you like it. The tutorial teaches you how to play, but here are the basics:

Okay, there’s a short overview of what the heck you’ll be doing. Sound fun? I was extremely hooked at first and spent a lot of money on it. Be careful – set a budget if you have disposal income and decide how much you’re going to spend before jumping in. It’ll take a couple hundred dollars to really get up to speed and have most of the cards to make most of the powerful decks. One other unique thing about the game is that you can disenchant (dust) cards you don’t like. This means you can destroy a card (say goodbye to trade-locked cards like on PTCGO) and turn it into something else down the road. Dust values are as follows:

The most aggressive of all the classes, although there are a few controlling ways to play it. Think Buzzwole-GX, but maybe even more aggro. It mostly chooses to do face damage, although there are some sneaky ways to play it (think an alternate version like with Garbotoxin/Trashalanche in the past). Its Hero Power only costs one mana, so you can start using it from the first turn onwards.

This one varies. There are some “token”-based versions, where they put out a lot of low-health minions then play spells to boost their stats. It reminds me a little of discard-based decks like Night March or Mad Party. However, there are other ways to play it like with very beefy minions that eventually can’t be stopped. Another keyword, Taunt, forces a player to attack into the minion bearing that ability instead of targeting whatever they like. It uses ramp spells to access more mana earlier, getting out bigger things that sometimes can’t be stopped before an opponent can solidify. Think LMZ – it can tank hits, but also has offense with its Zacian V.

The second most aggro deck. Steady Shot applies pressure to your opponent from the second turn onward, making many losses “inevitable.” Its support cards speed it up and many of the minions have things like Charge (a keyword that lets them attack the opponent’s face right away, instead of waiting a turn). It has fewer opportunities for craftiness, instead focusing almost entirely on dealing character damage. Think something like Reshiram & Charizard-GX decks or Welder-based builds in general – there’s maybe a little ADP here too.

Most Mage decks rely heavily on spells, as you might imagine. This one is hard to find a good comparison for, but maybe think Orbeetle VMAX? It typically has great AOE (area of effect) spells that can deny your opponent from going wide (creating a field full of minions, max of seven). It eventually polishes the opponent off by either sticking a big minion in play or playing a spell that does a ton of damage at once. There are, of course, minions that increase the damage output of spells, much like Pokemon with Abilities that increase damage, for instance. It’s one of the most midrange decks available in HS, flipping between offense and defense on a whim.

I know I said Hunter had some ADP-style moves, but Paladin really gives me that vibe. It doesn’t really get crafty with its play, it just eventually sets up and wins. It executes nearly the same strategy every game, much like using Altered Creation GX. While it isn’t as fast (it usually sticks it out until the late game), it’s hard to beat once it gets there. It has lots of combo cards that build off each other, much like using a GX then cruising to victory.

This is control, but more of the Wall Stall variety. It heals damage, uses spells to eliminate minions (kind of like Crushing Hammer) and annoys the heck out of your opponent. There have been a few different iterations, even some more aggressive versions, but the control theme is almost always there. Sometimes it draws really bad hands and gets beat before it can stabilize, much like with Pokemon’s control decks.

Pikarom is this deck’s spirit animal, no doubt about it. It never seems to go away or really tank, it just finds new ways to win. It has a variety of options and switches forms frequently. Right now, some of the most popular versions are very aggro, building up to massive damage output in the late game and sweeping. Not much different from using Tag Bolt GX to close out a game!

It’s really hard for me to put a finger on a good comparison here. It has a version where you put out a ton of Totems, then play a spell that boosts their stats incredibly, effectively crushing the opponent in one turn in some cases. Other versions have some control vibes, others even more aggro than the typical Hunter deck. Maybe it’s the wildcard of the mix, something what most rogue decks are.

It’s literally Zoroark-GX Control, don’t you see it!? Many Pokemon players like this hero because it draws cards, myself included. It has a ton of control cards to go with it, full board clear spells, instant destroy spells and ways to heal damage. There’s another version that’s more of a meme, using the draw to build up some ridiculously powerful low-mana minions early (often referred to as zoo, because it doesn’t play many spells, mostly minions).

Victini VMAX comes to mind, so does Rillaboom, maybe a bit of both. The most popular version right now puts on the heat right away, getting out minions with boosted states and tries to rush down the opponent (literally, with a Rush keyword). There are also control versions, generating an excess of Armor and making it hard for an opponent to ever take them down.

HSReplay.net - Unleash your potential
Watch and share Hearthstone replays directly from your web browser. Explore advanced statistics about decks and cards based on millions of games per week. 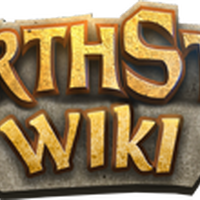 Hearthstone Wiki
Forged in the Barrens is expected to release on March 30th, 2021. Featuring 135 new collectible cards, this is the seventeenth expansion to Hearthstone. New to Hearthstone? We’ve got your guide to getting started! Learn about heroes, cards, and strategies to help beginners on their journey to becomi…

There you have it, a short introduction to Hearthstone for a Pokemon player. Should you play Hearthstone? Maybe not – it’s super addicting, but it’s a fun break from Pokemon from time to time and it’s something different. One of my favorite parts about the game is how quickly the games finish. The typical game is about seven minutes, the longest are about 12 (sometimes longer, I’m looking at you, control decks). It can be costly to obtain cards since you can’t get both paper and digital cards at once like with codes, but it’s a worthwhile investment once you get past the startup cost. Each year, when the rotation hits, you can dust your old cards that expired (there is a “Wild” format, like Expanded, but it’s not super competitive right now) and create new decks too!

Three-time Regional Champion and eight-time Worlds qualifier Caleb “Shredemer” Gedemer has ranked among the top North American players for over six years running. Globally, he ranks eighth in Top 8 finishes with 14 at major events since the 2016-2017 season. LinkedIn // Twitter