When looking at the latest Kaldheim spoilers, I thought the foretell mechanic looked cool, but so far the most exciting card with it seemed to be Saw It Coming, which had a pretty fitting name for a counterspell.

That was until Starnheim Unleashed got revealed and I can already tell it’ll probably be one of the best cards in the entire set. It’s very similar to cards like Shark Typhoon, Entreat the Angels and Decree of Justice, all of which have proven to be excellent, flexible finishers. 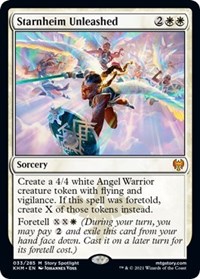 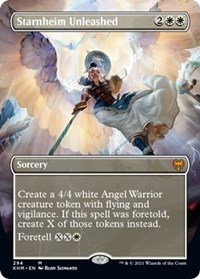 Let’s take a look at all the different ways you can pay for it.

The worst case scenario is that you’ll be forced to play this as a 4/4 flying, vigilance creature for four mana. That is definitely not embarrassing, even if a lot more is expected from four mana cards in Constructed Magic these days. In midrange decks, playing this on curve will be perfectly reasonable to keep developing your board.

If you have two spare mana during the first few turns, then the Foretell ability lets you cast it for a lot more value later on.

You used your entire second turn to Foretell it and then made an Angel on turn three. At this point, you’ll probably have to trade it against a Bonecrusher Giant or it’ll get eaten by a Bloodchief’s Thirst from Rogues while you’re being hit by a Soaring Thought-Thief. That’s not great, but if you had nothing else to do on turn two, then it’s obviously better than nothing.

You spent your third and fourth turn interacting and just made two Angels on turn five. It lines up nicely with casting a sweeper like Shatter the Sky on turn four to clear the board first. Pretty good.

If you’re spending seven or more mana, then it’s very likely almost always going to win you the game.

This card is very similar to Emeria’s Call, which I thought was one of the best additions to midrange and control decks like Esper Doom or Azorius Control. The key is versatility. Finisher cards are usually expensive, which means that they can sometimes get stuck in your hand when you don’t have enough resources to play them.

This will never happen with Starnheim Unleashed, which is its biggest strength.

I can see using it in Azorius Control as a finisher along with Emeria’s Call. Azorius Angels, if you will. Control decks usually don’t have a whole lot to do on turn two anyway, so this will be a good time to foretell it. Kaldheim will also give us Hengegate Pathway to improve the mana base.

I’ll also definitely want to try it in all kinds of midrange decks, where playing it on turn three thanks to a mana creature or a ramp spell to get yourself a 4/4 flying vigilance creature will be a pretty solid play. Remember, that’s the worst case scenario. You’ll usually have other stuff to do and you’ll be able to save it for later when you can get a lot more value from it.

There is a lot of other good white cards that will nicely pair with Starnheim Unleashed in all kinds of midrange and control decks, for example… 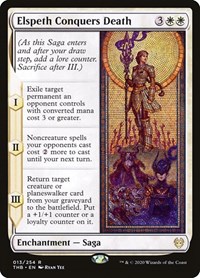 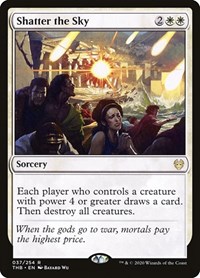 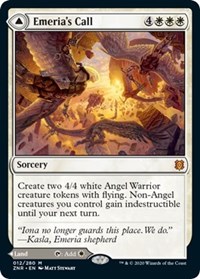 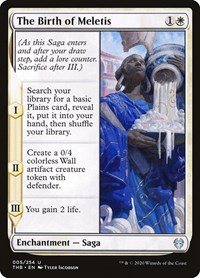 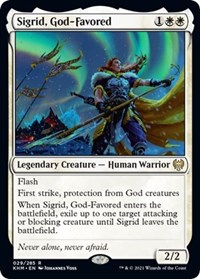 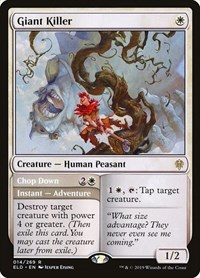 I also like that foretell will be able to protect Starnheim Unleashed from discard spells.