In Magic: the Gathering, you are a planeswalker. In Pokémon Trading Card Game you’re a Pokémon Trainer. 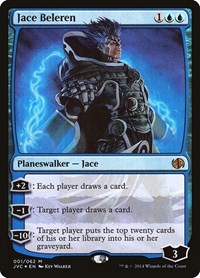 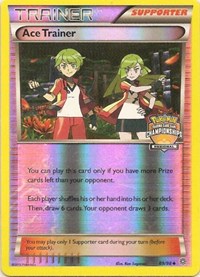 These designations aren’t just marketing fluff, they’re a shorthand for how the game works on a basic level. A planeswalker is an inter-dimensional being capable of casting powerful spells learned across a multiverse of planes, summoning the fauna of those planes to fight at your side, and even teaming up with other planeswalkers to gain victory.

You’re a wizard, you cast spells and summon monsters. This is the game, that’s how it works. 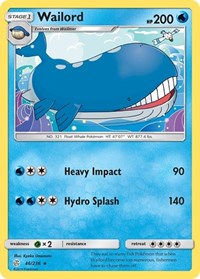 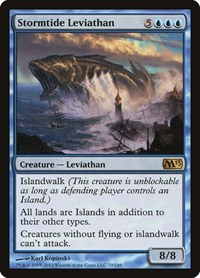 In Pokémon, you’re a little more humble, but what you are informs the gameplay. You’re a Pokémon trainer. You summon pocket-sized monsters (Wailord is 47 feet long, but it still fits in a Pokéball OK? Suspend your disbelief!) who fight for you against another trainer. You’ve maybe seen the TV show or played the games and if not, please don’t look outside; 2020 is scary.

In the video game, you have 6 Pokémon with you. Just like that, in the TCG, you can have up to 6 Pokémon on your side, and once they all faint, you lose. Of course, like Magic, there’s much more to it than that, the game has been around for decades, but that’s the premise. 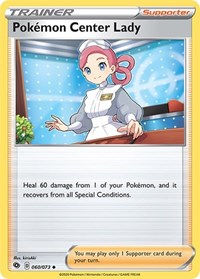 You can evolve them, heal them with the help of a Pokémon Center employee, have friends offer support – it feels like being a trainer as you’ve seen it on TV or on your Game Boy screen.

So you’re coming from Magic, and you think that sounds good, but you don’t know what to make of these new cards. Let me break it down from the perspective of a Magic player.

Lands in Magic produce mana. This is the energy needed to cast your spells. In Pokémon, Energy cards are the closest equivalent. These, like lands, come in various types, color-coded for easy understanding. 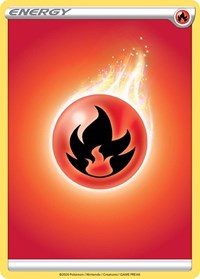 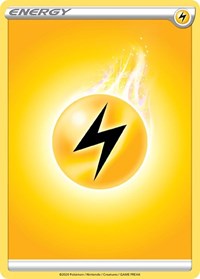 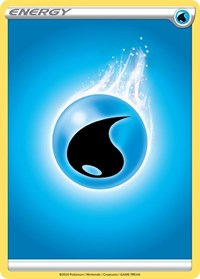 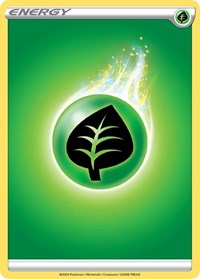 There are fire, grass, water, etc. All the types you might know if you know the Pokémon franchise. Your energy isn’t placed on the battlefield like a land though, it’s attached to your Pokémon to power up their abilities and attacks.

For example, Snom here has one attack, Ram. It costs one colorless energy, which is the same as colorless in Magic, you can pay any energy type to activate it. 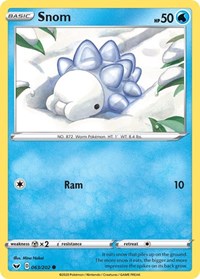 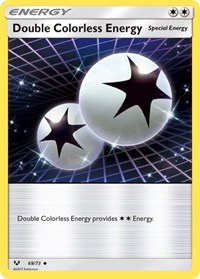 There are abilities too, Rillaboom’s Voltage Beat ability allows you to search for two grass energy cards once per turn and attach them to a Pokémon. Sounds kind of like a ramp card, doesn’t it? You can see the similarities are there already. 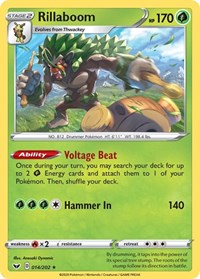 Pokémon are effectively your creatures. They have the same role, to attack and defend from other Pokémon.

The key differences are that toughness is similar, but power is based on attacks and abilities. Instead of attacking with the same power every turn, like you would with say, a Colossal Dreadmaw, a Pokemon’s attacks can be different, depending on the individual card and the energy attached.

There are other things Pokémon can do, such as the equivalent of enters-the-battlefield abilities, as you can see here on Galarian Zigzagoon, which basically pings an opposing Pokémon for 10, the lowest amount of damage you can deal. 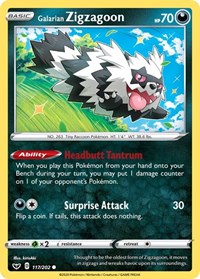 Then there are static abilities. Mew’s Bench Barrier keeps the Pokémon you have on your bench, which are out of combat, from being damaged by abilities that can harm your benched team. 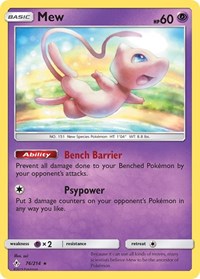 This brings me to a big difference between the games. You can only have one active Pokémon at a time. It’s like playing one creature, and the others just sit and wait, but can’t attack. Your other Pokémon sit on the bench, but can be swapped out if your active Pokémon is knocked out, or you decide to make a switch – usually at the cost of some energy being discarded or a Switch card. 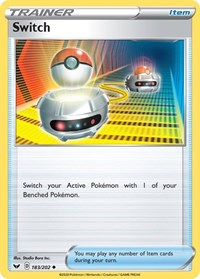 Going back to the power and toughness point, the ‘power’ of a Pokémon card is in its attacks. Snom, the earlier example, deals 10 damage, a very weak attack. The equivalent of hitting for one in Magic. A stronger Pokémon like Suicune can deal 130 damage with Aurora Loop. 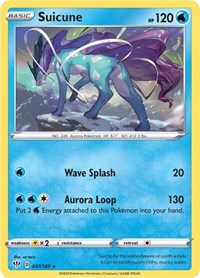 Let’s break down a card to clarify.

This is one of many Pikachu cards in the game. You can see his HP on the top right. It’s 60, which means once he takes 60 damage, he’s out. On top left you’ll see his name, and beside that ‘Basic’ – which means you can play him out right away. Some Pokémon, like Raichu, are Stage 1 – they evolve your weaker Pokémon when you place them over the basic they evolve from, gaining new abilities and attacks. Raichu, as you might know from the video games, evolves from Pikachu, so you just pop your Raichu card on top of Pikachu and you have a much stronger threat. 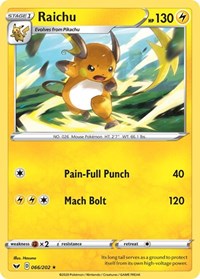 Pikachu is still our example, so let’s move down. Under the art you’ll find some stats, these are essentially flavor text, and below that abilities and attacks. Pikachu has the Charge ability to search for a lightning energy and attach it to himself for one generic energy, and Electro Ball, an attack costing one generic and one lightning.

Right under that, you’ll see a really important section. Weakness and resistance.

Just like the games, Pokémon have elemental weaknesses, but the types are a bit different. Fighting, the fist icon you see here, encompasses many of the Pokémon that in the games would fall under ‘ground’ types – which electric, or in the case of the TCG, lightning, Pokémon are weak to.

Weakness X2 in this case, means Fighting attacks deal double damage to Pikachu. If a fighting Pokémon hits with an attack that usually deals 30, Pikachu will be straight up knocked out. 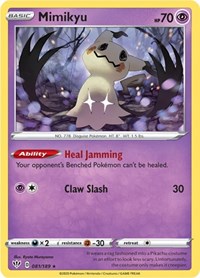 Resistance is a little less common than weakness, but Mimikyu has shown up to give an example Pikachu can’t. It’s a psychic type, so does not share a lightning type’s weakness to fighting, in fact it’s resistant to fighting, taking 30 less damage from that type.

Exploiting elemental weakness and resistance is key to understanding and succeeding in the game, so don’t ignore this part of the card.

Back to Pikachu. To the right of the weakness and resistance section is a ‘retreat’ cost. This is the amount of energy that must be discarded (goes to your graveyard or ‘discard pile’) to put Pikachu on your bench and put someone else in.

If your opponent puts a fighting type in, it might be worth losing an energy to get a different Pokémon out that isn’t weak to fighting.

In Pokémon TCG, there aren’t really instants, in the way we know them in Magic. There’s no stack. Each player almost always takes their actions on their own turn and passes it without doing anything during their opponent’s turn.

The equivalent to sorceries, then, is a trainer card. Trainers are broken into different types. 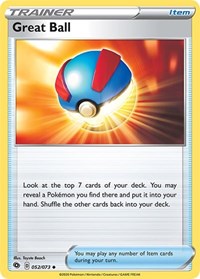 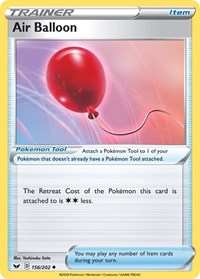 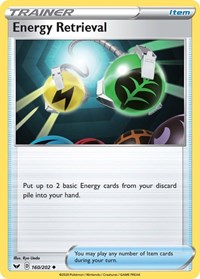 Trainer cards designated as ‘items’ are your basic ways to affect the game. They aren’t massively powerful, they just smooth things out nicely. Great Ball, for example, allows you to find a basic Pokémon card, making your deck more consistent. Air Balloon makes retreating a lot less painful, since you don’t have to discard energy and Energy Retrieval lets you get energy you have discarded back.

Cards like Energy Retrieval don’t seem that powerful, but we’ve seen Life from the Loam do broken things in Magic. If you can fill your discard pile fast, and bring back energy, it’s pretty similar in Pokémon. 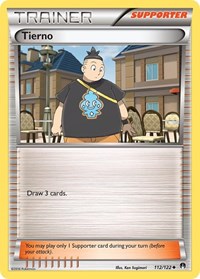 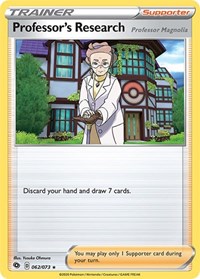 Supporters are much more powerful than items, generally. You’ll probably have had a double take at the effects you just read. Yes, Tierno is Ancestral Recall. Yes, Professor’s Research is Wheel of Fortune.

Supporters can only be played once per turn, so you can’t just Wheel into Ancestral and have ten cards, but they are extremely potent. 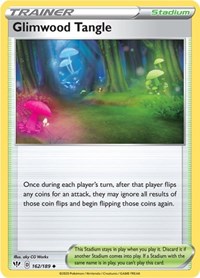 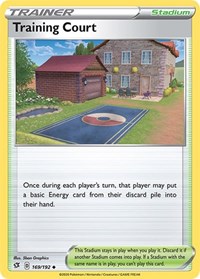 Stadium cards are global enchantment effects, basically, they affect both players. Of course, like in Magic, building your deck around effects like that benefits the player who plans for it.

These cards can provide a serious advantage to the player who plays them and like supporters, you’re limited to one per turn. They stay in play, unlike supporters or trainers, and only one can be in play at a time. If you play yours before your opponent drops theirs, well, sorry, you’re out of luck. In Magic you can stack a bunch of enchantments, with numerous effects, so this is a key difference.

Now you know the cards, you can see there’s a lot of similarity to Magic. It’s honestly a really smooth crossover, especially with the Pokémon TCG online client offering an excellent tutorial to get you started.

What that won’t do though, is give you a Magic player’s perspective on how to play, so let me break it down.

You start the game with a 60 card deck, flip a coin to decide who goes first and draw 7. Pretty much the same so far, but then we get to a big difference. You get to put a basic Pokémon into play as your active Pokémon, the one that you’ll attack with, and put up to five basic Pokémon on your bench. If you don’t get any basics, you get a free mulligan until you find at least one.

So you start with creatures in play, effectively. Then another difference. You put the top six cards of your deck to one side. These are your prize cards, which I’ll come back to later. First, let’s get into the game itself.

In Pokémon you have Draw, Main, Attack/End. So let me explain how that relates. There’s no real ‘upkeep’ phase, you just start your turn with drawing a card. There’s also no ‘end step’, your turn ends once you attack. You don’t get a second main phase, so be careful not to forget things before you attack.

The main phase is where you do the bulk of your gameplay, and in any order you like. You can play basic Pokémon onto your bench, evolve them (after your first turn), attach energy, play your trainer cards, retreat Pokémon and use any abilities you want. The order you choose to do all this can be impactful, so it’s important to plan out your turns, just as you would in Magic.

Winning is what you’re playing to do, and like Magic, you win if your opponent has no cards left to draw, but with no life total, the other paths to victory are quite different.

Remember the prize cards? If you knock out an opposing Pokémon, you take one of your cards back from that pile you made. If you take all six, you win the game.

The final way you can win is if you knock out all your opponent’s in-play Pokémon. That means you leave them with no Pokémon either active, or on the bench.

That’s the basic level of the game, but of course, there’s a huge amount of strategy and nuance to the gameplay. There are decks built to do a  lot of different things, just like Magic, so you can find a playstyle you enjoy easily.

If you’re thinking about giving it a shot, I can’t recommend running through the tutorial on Pokémon TCG Online enough. It’ll give you some cards, get you up to speed on the basics and even better, your physical purchases can all be redeemed online for digital boosters and decks, which means your paper collection is easy to match to digital.

Oh, and when you’re ready to go even deeper, we’ve got all the articles and videos you need right here at ChannelFireball!