Kaldheim’s got me in a brewing mood and today I was inspired by one of the sweetest cards in the set – Goldspan Dragon.

This offers a 4/4 flier with haste for essentially three mana, as it makes a Treasure as soon as it attacks, and that treasure sacs for two mana. That means it combines extremely well with two mana spells, particularly instants, so that’s where I’m focusing on today.

Take a look at the first draft of UR Flash.

Answer opposing threats with cheap removal, while playing at instant speed. Land a Goldspan Dragon or flash threat when the opportunity presents itself, all with counter backup ideally. 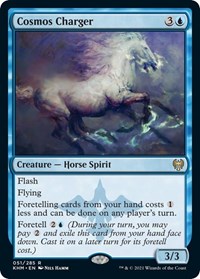 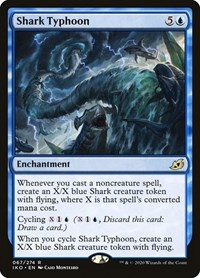 These are your main finishers, all of which either can be played at instant speed or are cheap, allowing you to keep countermagic and other interaction up on the opponent’s turn. In particular, the Dragon is a huge threat and can generate a lot of mana when left unchecked. You can even Frost Bite your own Dragon if need be, as it gives you a Treasure for just one mana. 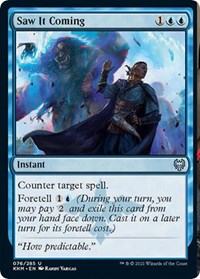 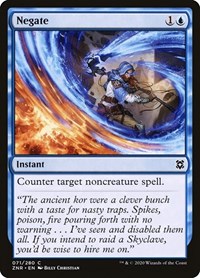 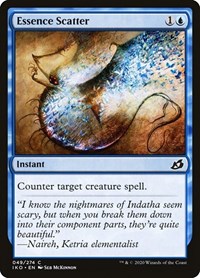 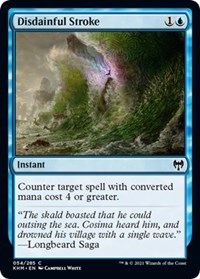 What would a flash deck be without counterspells? These all give you a ton of ways to answer opposing plays, and for cheap nonetheless. The interaction between Cosmos Charger and Saw It Coming is quite nice, as you have three different foretell cards to throw off the scent and can foretell on the cheap if you have a Charger in play. 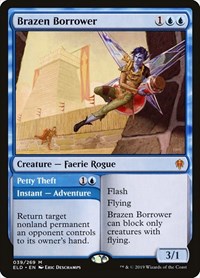 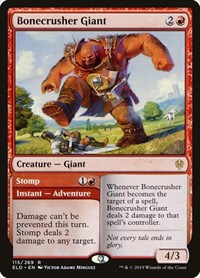 The adventure creatures fit perfect here, as both offer interaction and a good body. Borrower is nice as an instant speed threat and Bonecrusher is nice as one of the best cards in Standard. 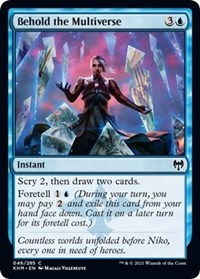 Glimmer of Genius is back, and it can be purchased for just two easy payments of 1U! This combos with Charger as well, and is a great reward for leaving up mana – if your opponent doesn’t play into a counter, you get to refill your hand. 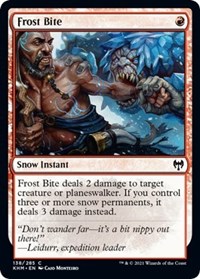 This is the only snow card (besides the one Faceless Haven) and it’s a great one. You aren’t paying much of a cost to include this, as the only real downgrade is Temple of Epiphany becoming Volatile Fjord, and the upside of a Lightning Bolt is a big one.

This deck has potential as long as it can keep the board clear. Blue-red doesn’t play very well from behind, but it does great when it can keep the opponent off-balance. This looks like it would do well against control decks and midrange, but have trouble with aggro (though Frost Bite is a great card there). Good luck, and may your dragons always bring you plenty of gold.