Today’s Historic budget deck requires only 21 common, 5 uncommon and 9 rare wildcards, assuming you’ve got the appropriate starter decks unlocked. Much like the infect decks in eternal formats, this deck aims to combine cheap creatures with pump effects to quickly end the game. The deck doesn’t really have any built-in protection spells, making it quite soft to early spot removal though. However, the good news is that a lot of decks in Best-of-One tend to skimp on cheap interaction in favor of a more streamlined and linear game plan. Decks like the Kor Spiritdancer Aura deck and Goblins can be incredibly powerful, but don’t pack a lot of interactive spells to disrupt our game plan. 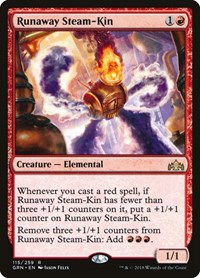 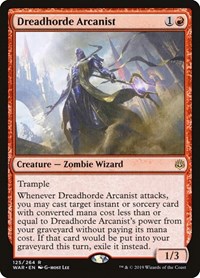 The deck only plays twelve creatures, but they’re all unique and powerful in their own way. Kiln Fiend is the most individually threatening, as it can potentially lead to a turn three win. It rewards us for casting multiple cheap instants and sorceries in the same turn and combines especially nicely with power doubling effects like Raking Claws and Unleash Fury, as they will take effect after the +3/+0 trigger resolves. Runaway Steam-Kin quickly builds up +1/+1 counters, which can also be turned into additional mana, making it much easier to empty an entire hand of pump spells in one turn. Dreadhorde Arcanist provides card advantage by getting back spells from the graveyard and can even get back our two drops if we increase its power with one of our many instants. Each creature is individually powerful, but when combined, they work even better as a team. 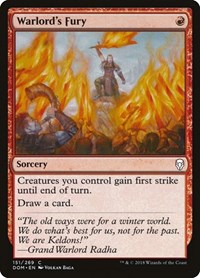 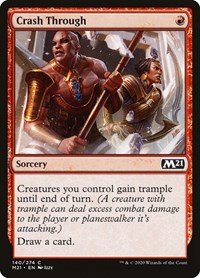 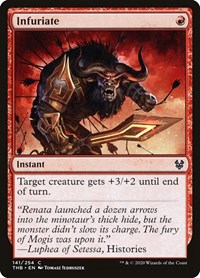 To enable our creatures we need lots of cheap instants and sorceries. Warlord’s Fury and Crash Through both replace themselves while providing a small advantage for a turn. The trample provided by Crash Through can be especially instrumental for a lethal Kiln Fiend. Shock is the only interactive spell in the deck and you can always find a good use for it. Moving on to the pump spells, we have Infuriate and Samut’s Sprint at one mana. The latter can potentially lead to a lethal threat out of nowhere and can provide immediate value with Dreadhorde Arcanist. At two mana we have Invigorated Rampage, which besides providing four additional power, also grants trample to up to two creatures. Unleash Fury and Raking Claws are two great finishers and  Unleash Fury in particular works well in multiples. Casting two copies in the same turn thanks to Arcanist or the extra mana from Steam-Kin can lead to some spectacular wins. 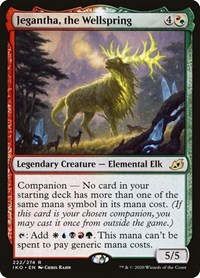 The final rare is taken up by Jegantha, the Wellspring as our companion. It’s not an essential part of the deck and will rarely be played, but it’s nice to have access to an additional creature in some of the more grindy matchups. 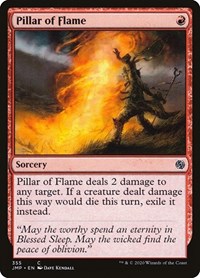 The deck doesn’t want to dilute its main plan too much by bringing in a lot of sideboard cards, unless they happen to be cheap instants or sorceries. Cards like Chandra’s Defeat, Pillar of Flame and Abrade can offer a little more interaction while still working well with our creature base. In matchups where you expect the opponent to deal with your first few threats, you can consider an alternate angle of attack through planeswalkers like Chandra, Torch of Defiance. 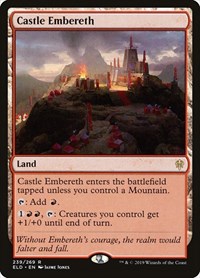 There aren’t a ton of upgrades that can be made to the main deck other than adding a few copies of Castle Embereth. A full playset is excessive with such a low land count, as drawing multiple copies without a Mountain is disastrous.