Paulo Vitor Damo Da Rosa writes a column for ChannelFireball titled Keep or Mull? and it’s a great column. I enjoy reading it each time it comes out and the discussions on social media it inspires are enjoyable and thought provoking. I also think the hardest decisions you face in Magic are mulligans. Before I start, I want to be clear that I think PV is great at Magic, I just sometimes disagree with his decisions—he’s in the Hall of Fame and he’s a world-class player. But in his last article, he showed a hand that I disagree with so strongly that I decided to write an article. The hand in question is from a black/­white aggressive deck in Team Sealed, on the draw against a blue­/black control deck. 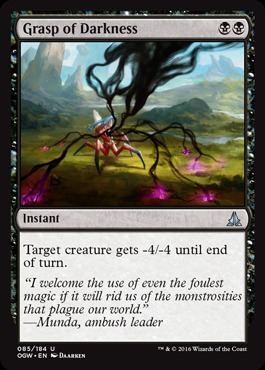 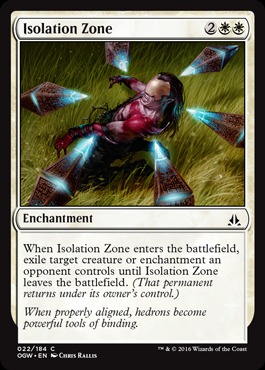 Paulo and his guest for the article (teammate Thiago Saporito) both concluded that the hand was a mulligan.

The correct decision is to keep.

I read each of their explanations as to why they decided to mulligan and they placed a large importance on the roles of the decks being played. It’s really important to them that they’re playing an aggro deck, so not having any creatures against the control deck they’re facing means they can’t get a quick beatdown curve, the most likely way for the deck to win. All true and reasonable, but I believe that the roles in Limited are overblown—they’re more pronounced that in Sealed, no question, but in general it can do more harm than good to pigeonhole yourself and not just change gears when you find yourself in a unique situation.

In Team Sealed, this effect would need to be extreme for me to factor it into my decision making about whether I should mulligan a serviceable hand. If I have the worst deck on my team and I’ve decided the quality of my deck is so low that my best chance to win is to be aggressive, then surely I will mulligan a hand with no creatures. Additionally, if I felt I was playing against the best deck on their team, a deck so good that I have no chance to win if the game goes long—I will also mulligan. I find it hard to believe that they arrived at this level of certainty that their opponent was the deck with the insurmountable late game advantage.

It’s also true that to be a strong control deck in Team Sealed that it requires bomb rares to lock up the late game (ones vulnerable to Isolation Zone) and good cheap plays in the early game. With the big card pool, it’s unlikely that a deck is built that folds to a few cheap creatures. Sure, you have 5 lands in your hand, which isn’t ideal (unless you plan on casting 5- or 6-mana spells), and any additional lands drawn are bad draws, but if the fear is that drawing a few lands in a row will be bad, that’s true of almost any 6-card hand that’s good enough to keep. If you mulligan and see Ondu War Cleric, Kor Sky Climber, Plains, Plains, Swamp, Swamp and draw multiple lands in a row, you’re in bad shape.

I also hate the thought of taking a mulligan to find a cheap creature that may well get blocked by a Tide Drifter or killed by a Complete Disregard. I’m willing to take a mulligan to find a card I want in my opening hand, but only when that card is likely to win the game by itself or is hard for my opponent to deal with, and neither of those things are true by this logic.

It’s extremely important in Limited to stay level-headed and not do something too extreme in the interest of protecting the game plan you had before the match started. I remember at Worlds this year having a conversation where Ondrej Strasky said he would take Scatter the Seeds over Banefire in Modern Masters 2015 Draft. We all saw Yuuya Watanabe take Deadbridge Shaman over Cruel Revival and Soulblade Djinn.

I think those 2 draft picks were mistakes for the same reason choosing to mulligan this hand is a mistake. It loses sight of the fact that, in Limited, you don’t need to have a strong focused game plan like you do in Constructed. You don’t need to have a perfect pre-constructed deck to win at Draft and you don’t need to have a great mana curve to beat a control deck. Sure, those things are attractive and they’re the best ways to win, but they’re also unlikely to happen, so you should also plan for a more realistic game. There’s risk associated with those strategies just like there’s a risk in taking a mulligan and potentially getting a nonfunctional hand.

I went into the Modern Masters 2015 draft at Worlds with the strategy of having no strategy. I was open to drafting GW tokens or Affinity or any other synergy deck, but I wasn’t going to force any particularly strategy. I was happy to first-pick a Shadowmage Infiltrator, which goes into no known deck types but is a powerful card. I was proud of the fact that I went 2­-1 with a pile of good cards with no theme.

In this article, 82,000 games of Magic were examined and they found that with the cards played in Battle for Zendikar, if you take a mulligan on the draw, you go from 50.3% probability of winning the game to 41.9%. I understand these numbers are for draft and the hand proposed was Team Sealed but if there is any difference at all in the numbers, it’s negligible.

I agree that this isn’t the best hand in the world and I can see why someone would want to mulligan, but do you think the hand is so bad you’re less than 42% likely to win the game with it?

Mulligans allow you to cash in a nonfunctional hand or to exchange a hand with a low chance to win for the opportunity to see the better cards in your deck. But mulligans are quite costly. When you mulligan to 5, you win 26.2% of the time. That’s enormous.