After a handful of drafts and the Twitch Rivals event, I believe that the Temur colors are by far superior to the other options in Core Set 2020. Elemental synergies are really good and super efficient when properly exploited. This doesn’t mean that you should play three colors in the same deck, though. That’s almost always a misplay in Limited. It’s okay to splash Risen Reef, but I too often see my opponents playing three 2-drops of three different colors, which is a mistake. 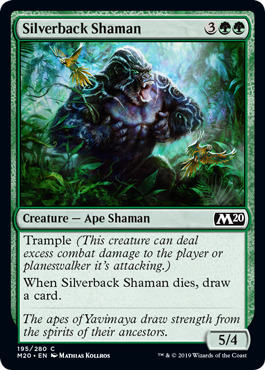 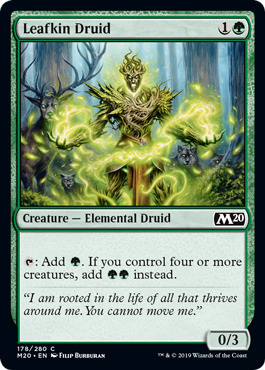 It also some powerful sideboard tools like Plummet and Natural End. This might not seem like a big deal, but it’s super important to have great sideboard options in Limited. 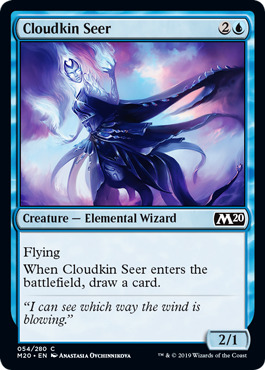 I think blue pairs the best with green, making in my opinion the best color combination in the set. It might be because Risen Reef is among the best cards in the set, but also because blue is itself a strong color with the best common of the set: Cloudkin Seer.

You can argue that Murder is a better card, but I disagree. I think it’s been a long time since removal was the top common in the set. I want to be the person who present threats. I’d rather have 4 Cloudkin Seer than 4 Murder, but mostly I’d rather be blue than black in this format. 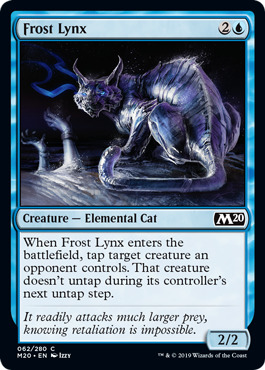 Frost Lynx is a card I dislike but that many people seem to be high on. While the Lynx is both an Elemental and a good tempo play, I believe that people are overrating it. It’s good in an aggressive U/R or U/W deck, but it’s mediocre in a blue-green deck, where you’ll play for the late game and your 3-mana 2/2 will just do basically nothing and then trade with a 2-drop. It’s a fine playable but nothing more than that. 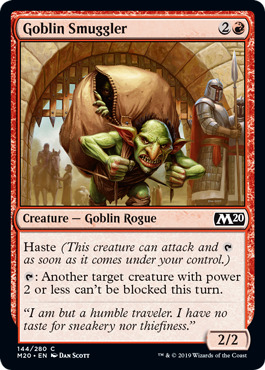 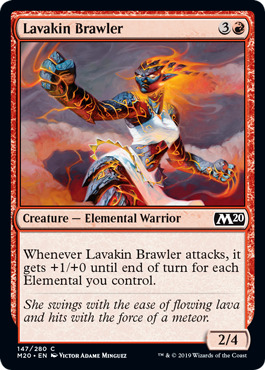 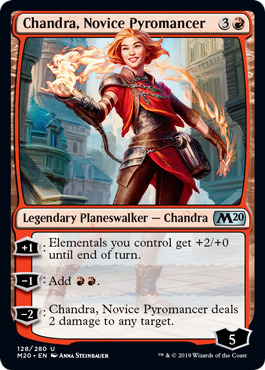 Red is slightly worse than blue and green, but still offers you serviceable removal with Chandra’s Outrage, Shock and Reduce to Ashes, and has good synergies with Elementals. Goblin Smuggler has overperformed a lot in my drafts, and paired with Lavakin Brawler or Pack Mastiff can hit for very large chunk of damage, which is something I definitely underestimated at first.

On top of that, Red has Chandra, Novice Pyromancer, which is amazing and probably the second-best uncommon in the set (just behind Risen Reef). She reminds me of Chandra, Torch of Defiance, and I think this comparison is enough to tell you how good she is.

Here are some of the drafts I’ve done on Arena.

Let’s kick things off with the best I’ve had so far. Nightpack Ambusher and Voracious Hydra are probably the two best cards in the set, and I had them together with Risen Reef. I decided to build my deck with multiple copies of the same card because of Pattern Matcher, a card that I’ve been impressed with, especially with multiple cheap creatures to curve very well into.

Unfortunately, I went 2-2 with this deck, but solid creatures and solid removal (plus some bomb rares) is exactly where I want to be.

This is another U/G deck but much worse, as it’s missing multiple Rabid Bite and bomb rares, but Leafkin Druid is great and so is Shifting Ceratops, as blue is probably the most-played color and I played against it 5 rounds out of 6. I finished 5-1 and I must mainly thank Boreal Elemental and Feral Invocation.

Fliers are great in this set (that’s also why I love green with Netcaster Spider and Mammoth Spider), and I love combat tricks such as Feral Invocation. A great 2-for-1 that can save your fliers from removal or help you Vorstclaw win any combat, even against multiple blocks.

Once again, another amazing U/G deck with bomb rares, Risen Reef and multiple Leafkin Druids and Thicket Crasher. This was a 5-0. You might notice that I always play Overcome, and I am very sure about it. This format tends to stall, and with cards like Vorstclaw and Ferocious Pup it isn’t hard to just find lethal thanks to Overcome.

My first Draft in Core Set 2020 was a 5-1 with this. Here’s where I discovered the combination of Goblin Smuggler + Pack Mastiff (that I put into my main deck after Round 2), as well as with Creeping Trailblazer.

Scampering Scorcher isn’t a particularly good card, but when paired with Chandra, Novice Pyromancer and Creeping Trailblazer, it does bring the beats.

The last deck that I’m going to show you is another R/G deck and another 5-1. I decided to build this deck in a weird way, as I wanted to go very aggressive here with three copies of Scorch Spitter because I had multiple ways to enlarge them (Overgrowth Elemental, Creeping Trailblazer and Chandra, Novice Pyromancer).

I would never play Scorch Spitter in a deck that can’t make a better use of them. On the draw I often sideboarded them out and morphed into a slower deck with Overcome. You might notice that Omnath in the sideboard. Yes, I did not splash my mythic bomb rare with just an Island. I did not find three free sources to splash that card, so I wasn’t going to play it–playing three colors in Limited is the easiest route to defeat.

A recurring theme of all these decks is Feral Invocation. That is a premium combat trick (along with Uncaged Fury) that I always want 1-2 copies of.

If you want to grind Arena and get on those easy gems and packs, then I suggest taking green cards and pairing them with blue or red!