Hello! Today I will be highlighting an interesting new card from Ixalan. I want to talk about using it in EDH as your general, as well as highlight a few other decks you can throw it in.

7 mana is a lot of mana to pay for a general. This means that after it dies once, the next time you play her will cost 9, then 11, etc. This means that you have to look for ways to maximize the value you get out of her. 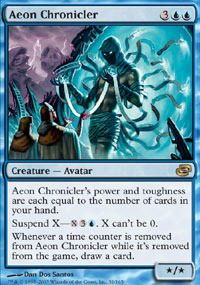 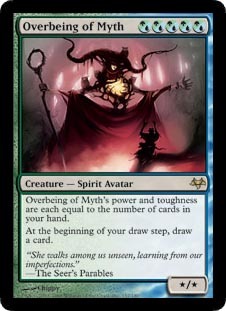 Tishana has power and toughness equal to the number of cards in your hand. Normally, this is a pretty lame stat to have, especially in a late-game card when your hand may be close to empty. Under most circumstances, creatures like this are capped at around 7-8 power because your maximum hand size is 7. But Tishana also has another ability. 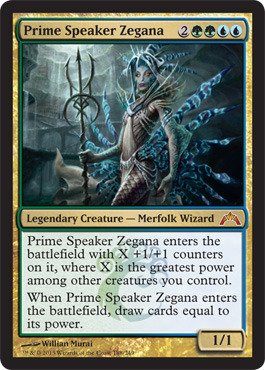 You have no maximum hand size. This is an excellent way to take advantage of massive card draw. Tishana reminds me of Prime Speaker Zegana, a general who really wanted to have a Reliquary Tower in play to utilize insane card draw. 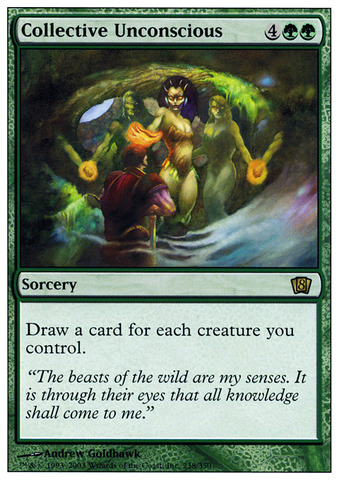 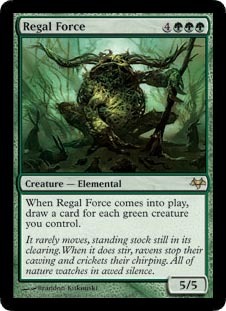 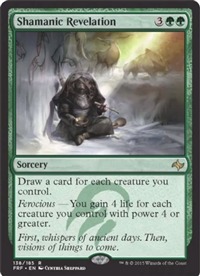 While Prime Speaker Zegana works better when you go big and tall, Tishana, Voice of Thunder rewards you heavily for going wide. Her enters-the-battlefield ability harkens back to cards like Regal Force and Collective Unconsciousness.

With Tishana at the helm, how do you build?

Naturally, with Commander, the possibilities are limitless. There are dozens of ways to play and build each new legendary creature that is released. Let’s take a look at some ideas I can think of for Tishana as my general. 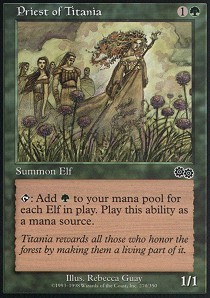 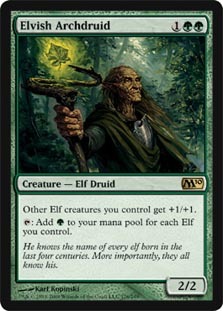 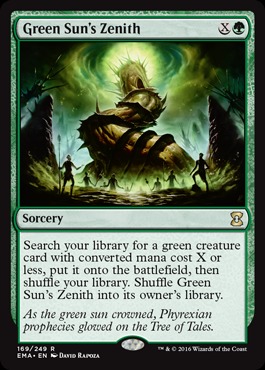 “Elfball” refers to a type of deck that uses Elf tribal synergies to flood the board with creatures and large amounts of mana to win the game. Some typical Elfball generals include Ezuri, Renegade Leader and Edric, Spymaster of Trest. What I like about Tishana is her ability to refill your hand and gas back up in the mid-late game. 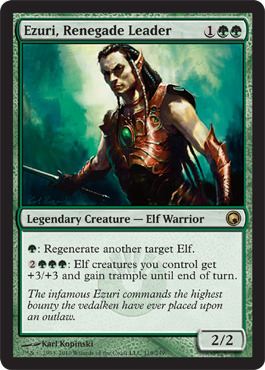 Traditional Elfball decks suffer against sweepers. Playing too many spells to interact with sweepers also dilutes your combo. Tishana comes in handy from the command zone because ramping up to the 7 mana required to cast her is relatively easy for an Elf deck. Ezuri is often the de-facto general of Elfball decks because he provides you a way to use your massive mana sinks to win the game. With him in the command zone, you will never be truly “mana flooded” since you can empty it into him. But this comes with the weakness that you don’t have enough mana or enough creatures to win. Additionally, his regenerate ability doesn’t save you from many sweepers like Wrath of God, Toxic Deluge, or All is Dust.

What Tishana does well is that you get cards out of a huge mana sink. Presumably, if your deck is built well, you can press your advantage further with the massive windfall of cards you’ve received. Drawing into tutors, combo pieces, and protection all at once with an already substantial board state sounds like a good time to me. 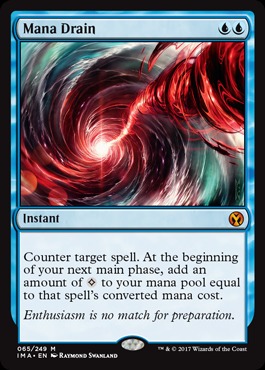 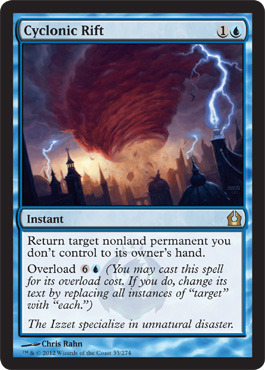 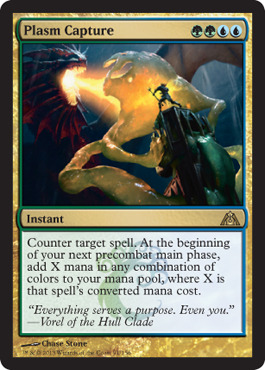 I know it seems strange to consider Tishana for a control deck, but I think she could be viable. Drawing cards isn’t anything new to a control deck, and I believe she will shine as a general in a sweeper-light, creature-heavy control deck. Rather than drawing 10+ cards like she would in an Elfball deck, in a control deck you are more than happy if she comes down and draws 3-4 cards to set up your bigger plays. Don’t forget that she can beat face too if you sit back with a hand full of permission. 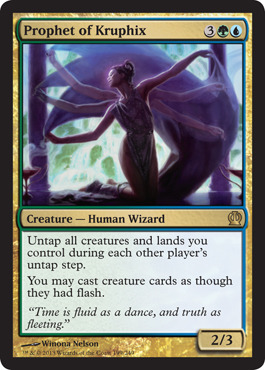 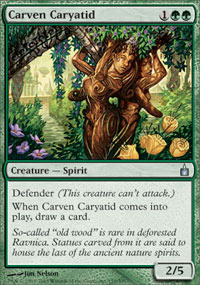 These creatures all contribute well to a control game plan. Stall out the early game, counter any problematic spells, and with a few one-sided sweepers you can rule the day. Drawing a mitt full of cards and finding a path to victory turns down the road is an experience I live for, casually or competitively. 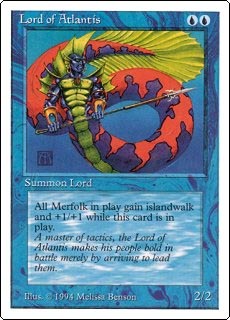 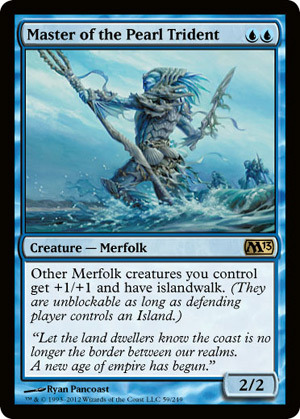 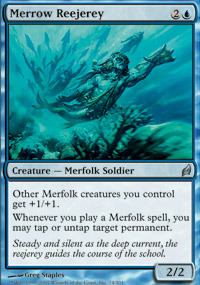 Glub glub, I spot a fish!

Tishana is, after all, a Merfolk. Let’s take advantage of that. Merfolk don’t usually have access to card advantage unless you commit cards like Bident of Thassa or Military Intelligence to the board. These cards can often be clunky or awkward depending on the board state. Rather than ramp to her quickly or aim at casting her as fast as possible, a Merfolk tribal deck can cast Tishana when they see fit. Perhaps after you have deployed all of your fishy friends to battle and you need reinforcements, drop your general down and drown the table. After all, as the card Tidal Warrior quotes, “the tide of battle favors those who can swim.”

With tons of Ixalan additions in both green and blue to the Merfolk tribe, I can be sure to see a few Tishana tribal decks in the near future. Plus, you will have additional goodies to take advantage of in the next set, Rivals of Ixalan.

What Established Decks Can Tishana Find a Home in?

Decks full of creatures will provide a nice home for Tishana. She makes a great target to tutor up with Recruiter of the Guard, Imperial Recruiter, Survival of the Fittest, Natural Order, Green Sun’s Zenith, and Fierce Empath. She is better than Regal Force for decks that have access to both green and blue. 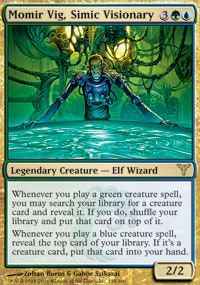 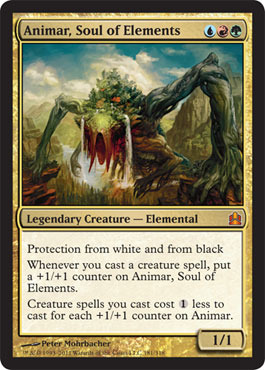 Because Tishana is such an excellent “bullet” target for tutors like this, she may in fact find more homes in decks than as a general. Only time will tell. I can see her performing well in decks like Momir Vig, Simic Visionary, Edric, Spymaster of Trest, Maelstrom Wanderer, and Animar, Soul of Elements.

Are you excited to give Tishana a spin in EDH? What kind of ideas do you have for her? Thanks so much for reading, and until next time, may you never discard to hand size.