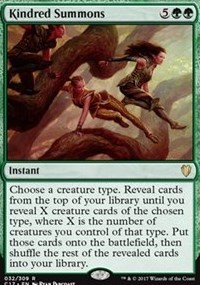 From the upcoming Commander 2017 set, this card works really well with Elves. Elves, and green for that matter, often have trouble getting card advantage. With no shortage of mana producers and ways to generate Elves, this card is a welcome addition to many tribal Elf decks as a way to potentially close out a game. It is awful post-sweeper and gives little insurance against one though. 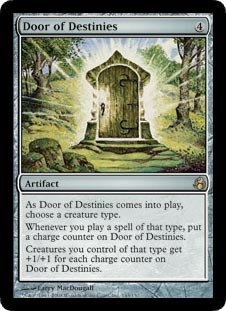 Very strong when dropped early, followed by a constant stream of same creature types. It’s a bad topdeck and only triggers the counters when you cast a spell of the type, and doesn’t work when you make tokens. The bonus is nice because it can pump to large amounts if you get it going. 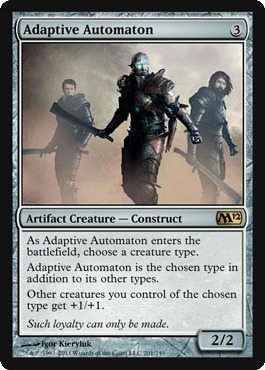 This is an interesting Lord that can go into any color combination and provide boosts to creature types that get little love. Over the years more and more tribal pump spells have been released and this doesn’t provide card advantage or as big of a pump effect as other cards on the list. 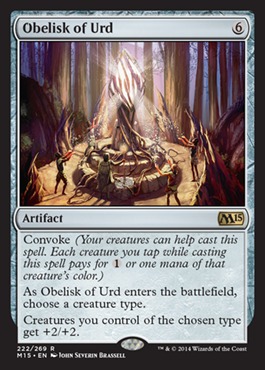 Good because with convoke it can come down early. Any time you can give boosts bigger than just +1/+1, it’s something to take a look at. +2/+2 can give a great boost to your swarms, which in turn help drop this early. 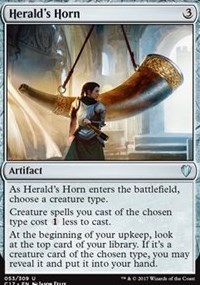 A card from Commander 2017. Both effects individually would be subpar, but combined it makes for a nice spell that can give you card advantage, as well as small mana advantages. Being colorless and going into any deck makes this a great inclusion for countless dedicated tribal decks, but they must have heavy tribal dedication. 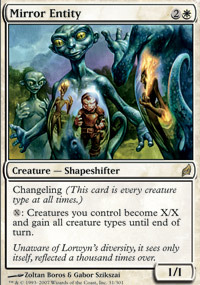 Crazy with large amounts of mana, this card serves as a great finisher. It makes everything into all types and counts as such itself as well. Additionally, it combos with cards like Reveillark, Body Double, Karmic Guide, and Mogg Fanatic to finish a table out of nowhere. 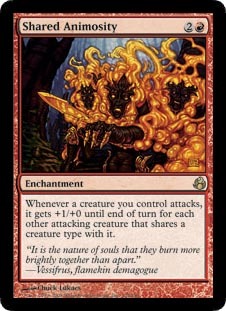 An amazing, aggressive card. Suffers against sweepers and abundant removal, but closes out a game in short order with the massive boost it gives creatures. Low cost, but sadly it only can go in red decks. 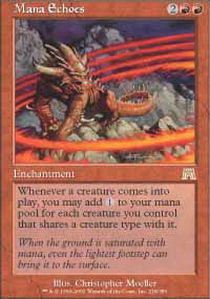 This card has crazy combo potential with cards like Krenko, Mob Boss and Sliver Queen. Basically, all this spell does is make mana, but it has ended enough games without ever needing to attack to earn its spot on this list. 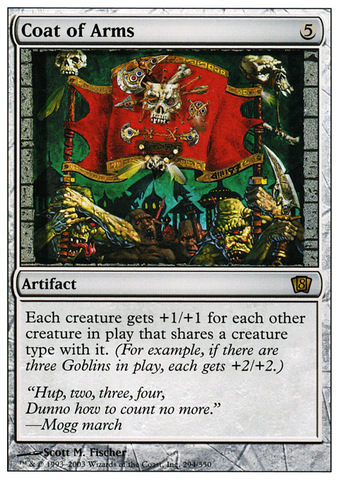 When it comes to pumping up your creatures, Coat of Arms does so in a Pack Rat-like manner. Being colorless, it is awesome that you can slide this into any tribal deck to sneak in huge amounts of damage. It does well in decks that aren’t just tribal focused, since it works well with Hazezon Tamar, Marath, Will of the Wild, and Prossh. It does pump opposing creatures too, so be careful. 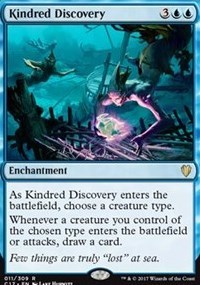 My pick for best tribal spell out of Commander 2017. It’s a shame it isn’t colorless, but it’s still extremely powerful. This card draws you a ridiculous amount of cards over any game, whether you flood the board or not. It is worth its 5 mana cost. Also, Locust God eat your heart out. Infinite combo right there—provided you can flash in Laboratory Maniac.

No, it doesn’t pump your team or draw you cards, but it is silently the best tribal card in all of EDH. Almost every deck should have this card, as invalidating counterspells and mana fixing at the same time is a great combination for a land that comes into play untapped. This has huge Constructed format impact in every format there is, and that will never change.