This week, I’ve chosen two decks that are unusual in how they play out, more than that they are unusual to face. In fact, these are the two decks you are most likely to have been paired against since they are legit, good decks that have been around for a while: Ad Nauseam and Living End.  Yet, they are not intuitive at all. Let’s get started with Ad Nauseam, and later in the week I’ll take a look at Living End. If you missed Bogles and Amulet, check that guide out as well.

I remember playtesting this combo for the first Modern Pro Tour. The build I had was much different—it was essentially a control deck that had Ad Nauseam and Angel’s Grace as win conditions. It was mostly bad because the format back then was The Wild West—a 6-mana combo was not cutting it.

DaSneakyPete, 5-0 in a Competitive Modern League

When you add Phyrexian Unlife and Spoils of the Vault, you get a lot more consistency, and a more all-in version of the deck. Ever since, Ad Nauseam has started winning.

Outside of the mana base, I can’t recall any cards changing for the last three years or so. The main deck above is what you’re going to face, card for card, so remember it. 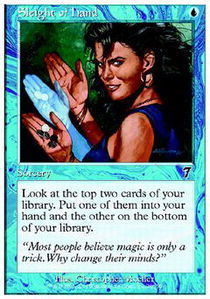 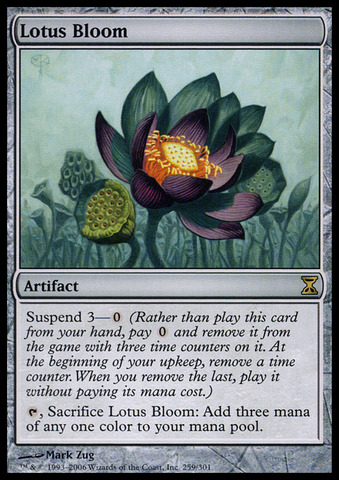 You should be able to know what’s up by turn 1. They have unusual lands that not many decks play, mainly Temples. If they start with a fastland, you could potentially guess they’re on something else, but not if they start with Sleight of Hand or Lotus Bloom, or a Pentad Prism on turn 2.

Their combo is Ad Nauseam combined with either Angel’s Grace or Phyrexian Unlife. Then a sub-combo of Spoils of the Vault with either of those white cards can get you the Ad Nauseam you need to draw your deck.

Now once they draw their deck, they will primarily kill you with Lightning Storm, discarding all the lands they drew. Don’t forget that you can discard lands to it to change the target! This will be irrelevant almost every time as they will be cautious to keep some in their hand, but if they didn’t and you’re smart, you can get a free win. Note that if they had to cast Spoils of the Vault prior to combo’ing, that could have exiled a good chunk of lands. If you have a few lands in your hand, that might just be enough to stop the Lightning Storm. 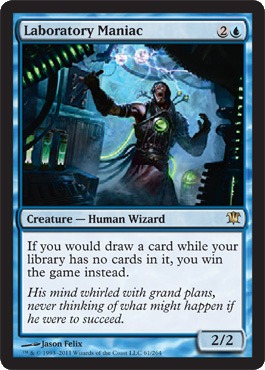 Enter Laboratory Maniac. If Lightning Storm was exiled, discarded, or they can’t cast it, this little dude will win the game. But it will cost 1 more mana to do so, because they need to cast the Maniac and then cast a Serum Visions to trigger it. They won’t always be able to find the 4th mana if they already made their land drop and had to exile a Simian Spirit Guide to cast something else.

Because all these cards have very unique effects, this makes for a few weird interactions that can happen outside of the combo.

The best way to attack them is via hand disruption. Because they need to assemble 5-6 mana and cast two cards that stay in their hand the whole game, a card like Liliana of the Veil ticking up every turn makes it too difficult for them to pull it off.

Cheap counterspells such as Dispel, Remand, and Negate are also fantastic, but you’ll need more than one as they might have Pact of Negation.

Exiling all of their Ad Nauseams with a Slaughter Games is just game over, but that’s a very narrow card to play. I recommend packing more discard or counterspells instead.

Phyrexian Unlife will often give them a free turn, and a good way to get around it is with an Inkmoth Nexus kill, specifically out of Affinity.

Check back next week for the Quick Guide to Facing Living End!