But before discussing Magic’s newest format, let’s talk a teeny bit about where traditional Commander stands. Everything is sunshine and roses in Commanderland and now is as great a time as any to be a Commander player. The popularity of the format is in full swing and it shows no signs of letting up. First, we had the success of Commander precons, which paved the way for sets like Conspiracy and Masters that have a strong EDH/casual focus. And now we have a Standard set chock-full of legendary cards themed around legendary spells! This is huge. Standard is Wizards’ flagship format. It seems likely that the popularity of Commander played a large role in Wizards deciding to embark down this road.

A true set’s theme is referenced and shown on cards from mythic/rare all the way down to common and uncommons. Historic and legendary cards appear at all rarities in Dominaria, so you can be sure that Commander will get loads of new goodies. This exposure to lots of interesting legendary creatures may draw more players into the Commander format.

It’s clear that Commander is one of Wizard’s most popular and beloved formats. So vast is its reach and so deep is its player base that there are multiple spin-off formats that follow Commander rules. 1v1 Magic Online Commander, Duel Commander, Leviathan, Tiny Leaders, and cEDH are just some of the ways people enjoy this expansive format. The hype train has already left the building for Dominaria and its destination is a Commander paradise full of toys and tools for every EDH player.

This leads me into the major news topic for EDH players everywhere. 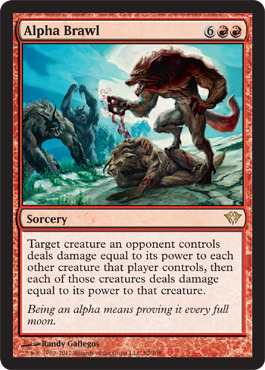 The unveiling of Brawl has caused shockwaves through the MTG community, especially on the casual side. Players are scrambling to figure out if this is good, bad, or in between. Here are some pros and cons I considered on day one of this format’s introduction.

This sounds like a joke, but any EDH player knows this is the worst part of the game.

This allows players who don’t have a solid EDH group of like-minded players to just grab their decks and play what should be a close and interesting match. If someone asks you to play Legacy or Standard, it’s given that both players will try their best and more than likely keep it competitive. But if you just challenge random players to a game of EDH, you may have someone who goes ‘Simic Guildgate, go,” and the next player plays “Tropical Island, Mana Crypt, Grim Monolith, go.” See where this gets a little dicey? Brawl can help bridge a gap between these types of players with a cheaper up-front cost and knowledge of what to expect.

A chance to play generals that wouldn’t see play otherwise

One of my largest laments as a Spikey EDH player is all the sweet new generals I’ve seen printed over the last few years that wouldn’t make the cut for me. Sure, I could throw something together and try a few games with it, but where’s the fun in that? I want something I can play for a while and enjoy the ins and outs of. I don’t want to build a Doomsday deck with Admiral Becket Brass at the helm or Stax deck that plays Gishath, Sun’s Avatar just because. Many of Standard’s “not quite on the power level of Zur/Thrasios” generals can be spotlighted in this format. I believe there will be various interesting decks built around many unsung legendary creatures in Brawl.

Can someone say planeswalkers as generals?

Planeswalkers as generals is something players have long requested. It was such a popular notion that Wizards even tried it as their innovation in the 2014 Commander precons. This time, however, we have dozens of planeswalkers to choose from, including multicolor ones for the first time! The intended multiplayer nature of Brawl will always keep planeswalkers in check, especially since cards like Moat and Doubling Season don’t exist. I know I can’t wait to try Nicol Bolas, God-Pharoah out in a sweet control deck!

Increasing focus on Commander is a win for all EDH players

Whether or not you are a fan of Brawl, if you are a fan of EDH or any casual format, this mainstream attention and focus from WotC is beneficial for growth. This increases the chances that more casual formats pop up and that there is an amazing format each and every player can enjoy, depending on their personal tastes. You never know which one will be perfect for you.

A chance to play on Arena?

With MTG Arena approaching release, players are excited to bring a multiplayer function on board. Having access to a format like this would give WotC a huge selling point in a market in which they have fallen behind Hearthstone. While they may still be many years from implementing regular EDH there (thousands of cards and bugs I’m sure), Brawl seems like it can be instated relatively easily. While I have no idea of their intentions or plans, I do hope that Brawl can be introduced to MTG Arena ASAP. 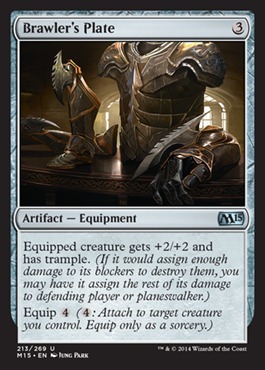 Standard cards can be… expensive

Most players look at the price of a Bayou or a Gaea’s Cradle and think to themselves, “wow, that is an expensive card that is preventing me from playing this format.” And yes, those types of cards are expensive and include huge costs. But when you purchase a $150 Bayou, you are buying an investment. You can say with confidence that in a year or two’s time you will still have $150 in cardboard and perhaps even more. How much money have you really lost? Standard cards are notorious for low price retention. Compare this to buying a $40 Chandra, Torch of Defiance. In a few years’ time, you are not looking at a $40 piece of cardboard anymore. With the recent reprint in the Challenger decks, Chandra may not even crack $20 five years down the road.

Other cards are even worse at retaining value. Vraska’s Contempt won’t be worth the ink used on it once it rotates out of Standard and anything you spent on that card will be a sunk cost. Keeping up with the rotation of Standard is, in the long run, more expensive that just buying investments outright for Eternal formats. Again, the upfront cost is lower for Brawl, but a player who needs to buy the best cards for just Brawl for five years will have more lost equity than the player who spends on better investment Magic cards in other formats. Traditional EDH decks are usually labors of love that take time to upgrade and build but ultimately leave you up value from where you began. For Brawl, players will have to continually shell out cash every time Standard rotates and are held to the same ban list as Standard. This isn’t a new debate—you’ll see these same arguments when discussing which format is more expensive between Standard and Legacy. The two things that Standard has going for it that we have yet to see with Brawl are whether or not it will be a widely played (for prizes, at GPs) format and how much support it receives from Wizards.

While Brawl should be celebrated for reintroducing new generals to the mix where they have otherwise fallen through the cracks, it should also be noted that the smaller card pool also means fewer options. How different will two Gishath Brawl decks look? Probably about as different as two Temur energy decks used to look. There will always be sweet new tech and spicy little innovations, but I foresee a relative “staleness” that traditional EDH doesn’t have at all. It’s easy for any format to look stale when compared to EDH, though, so this doesn’t mean Brawl is doomed to be too solved or boring. 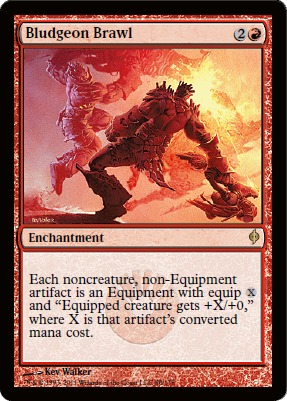 Now that I’ve broken down some pros and cons for the Brawl format, I want to talk about a few other points for consideration.

New formats do NOT mean less of other formats

I’ve seen much reluctance from new players when a new twist on a classic format is introduced. There are always multiple reasons for this, but the biggest one I see is that they are afraid it will encroach upon the format they already know and love. Spoiler alert… it won’t! Magic is more than large enough to support dozens and dozens of formats. If you try Brawl and discover it isn’t for you, that’s fine! You can continue with the formats you enjoy and let others enjoy theirs. There is room enough at this big EDH house for all of us!

But what about Tiny Leaders/Frontier? Is it another one of those?

Is it possible that Brawl is just next in line of the fan-made offshoot formats to die off without a trace? Possibly, but I wouldn’t bet on it. There are many reasons that those other formats died off and I don’t really want to get into them here, but the largest difference between them is that Brawl is a WotC supported format. With new cards being printed that are geared for it, as well as widespread coverage and updates for the format, it is certain not to fade quietly into the night. Frontier has the issue of unfun gameplay. Some of the most widely touted “awful and unfun,” cards from Standard’s recent memory are staples in Frontier. With hits like Smuggler’s Copter, Rally the Ancestors, Siege Rhino, Collected Company, and Jace, Vryn’s Prodigy being the headlines of the format, I would rather play anything else. Hopefully, Brawl will have a greater amount of diverse and interesting gameplay.

Give It a Chance

I know Magic players, and most people, dislike change. It’s far easier to dismiss something than it is to embrace it and try it for the first time. I am excited about Brawl because I think it offers a unique format that can fit the needs of various players. Some say this is the format that “nobody asked for” but that is yet to be determined. If it dies off quietly for whatever reason, I won’t be upset at myself for giving it a chance. Neither should you.

I really want to hear from you folks what you feel about this new format. What are your initial reactions and with more time to think about it, what conclusions have you reached? Have you tried out any games or brewed any lists? Let me know in the comments! Thanks so much for reading about Brawl and until next time, Smash some bros.