We were expecting something from the the Banned and Restricted update today, and Wizards delivered.

Bridge from Below Banned in Modern

Bridge now joins Golgari Grave-Troll and Dread Return (and Second Sunrise, I suppose) on Modern’s list of cards that enable graveyard kills that are too fast, too consistent, and/or too resilient for the fair–or at least more fair–decks to keep up with.

Some deck will always be the best deck, so why can’t it be this one:

Although it’s easy to identify sideboard cards that might help you beat this deck, such as Leyline of the Void, Relic of Progenitus, and Rest in Peace, it’s pretty hard to identify archetypes or broader strategies that naturally match up well against it. Since normal interaction like Lightning Bolt, Path to Exile, Mana Leak, or Thoughtseize isn’t that effective, a natural predator for a deck like this would be combo decks or all-in burn decks that are faster. But this deck kills very quickly. If you can’t consistently kill faster, and your interaction doesn’t help, what do you do in game 1? We saw people maindecking hate cards and loading up their sideboards as well. And the deck just kept winning.

Even showing up with the full 4 copies of a card like Leyline of the Void in your sideboard was very far from a guarantee of success in both game 2 and game 3. And it’s pretty frustrating to have to use, say, 6 sideboard slots on graveyard hate in a format where regardless of the #1 deck, you could still play against Tron one round, Burn the next round, and U/W Control the round after that.

If things get too warped, sideboards and pairings start to matter as much or more than maindeck choices. This is how modern with Hogaak+Altar+Bridge in the format felt to many of us who are breathing a sigh of relief today. It’s not like Hogaak won every match or every event, but it did influence every deck and card choice. And it still won plenty, despite those hateful choices.

What Remains of Hogaak, Altar, and the Graveyard Generally?

Bridge from Below will stop the fastest kills. But it won’t, and isn’t intended to, stop players from creating one of those graveyards that snakes around the table while they think about how many things can come back this turn, and you think about scooping.

1) Does the deck still function without Bridge?

Yes and no. Yes it can still do nasty things like bring back Vengevines and Hogaaks on the second turn of the game. No, it can’t drop an Altar of Dementia and change a 2-turn clock into an immediate kill. No, it can’t as easily cobble together an army of 2/2s while it is setting up the “real” stuff. Instead, the deck will have to become slower and more reliant on the cards Vengevine and Hogaak showing up early. Carrion Feeder + Gravecrawler isn’t enough with no chance of a Bridge in the mix. I predict this strategy will not be better than traditional Dredge.

2) Will people just go back to Dredge?

At Mythic Championship II in London, Dredge–actual Dredge with cards like Stinkweed Imp and Life from the Loam–showed up in numbers and did fairly well. Very importantly, the deck did not use Bridge from Below.

You can probably take those Tormod’s Crypts out of the maindeck, but don’t lose them. This deck is certainly now in position to come back into the format.

3) Will players try to both Dredge and Hogaak?

Again, I don’t see why not. One or more of these graveyard strategies will emerge as tier 1. I don’t know which one, but I’m absolutely interested in testing the idea of Stitcher’s Supplier and Bloodghast sticking around alongside Stinkweed Imp and friends to perhaps get some quick 8/8s into play. Getting 2 creatures out to pay Hogaak’s convoke cost is non-trivial, but it’s not like Stitcher’s Supplier, Bloodghast, Carrion Feeder, Gravecrawler, Prized Amalgam, Golgari Thug, Stinkweed Imp and so on are that costly to include. So hybrid decks seem very possible.

Dryad Arbor is a cute way to pay green for Hogaak off either a fetch land or a Life from the Loam. Perhaps too cute, perhaps not.

What about Faithless Looting and Ancient Stirrings? 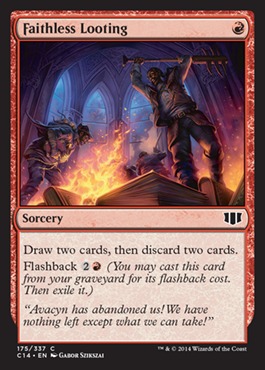 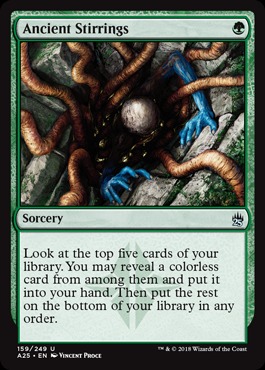 Wizards seems satisfied that these cards belong with Lightning Bolt, Thoughtseize, Path to Exile, and other efficient 1-mana cards that do more to define Modern than they do to break it. Of course, Faithless Looting produces a different style of deck than Path to Exile does, but different styles are healthy and the win rates aren’t out of control.

Like it or not (I’ve supported the idea of a Faithless Looting and Ancient Stirrings ban in columns past), these cards appear here to stay. Arclight Phoenix seems like a safe investment (figuratively, I am not recommending investing in Magic cards, that doesn’t sound smart) for the time being.

WotC’s explanation of why Bridge got banned included some discussion of why Hogaak and Altar of Dementia got to stick around. It didn’t say they gave strong consideration to banning Looting, which may surprise some people. I think they fairly recognized that although swapping Looting out for Cathartic Reunion or some other discard outlet would weaken Hogaak decks, it simply might not be enough.

Part of me is glad they didn’t touch Looting and Stirrings. War of the Spark and Modern Horizons have some insanely powerful cards. I think this banning brings things closer to the state of things around the time of Mythic Championship II, but there’s no way we’re all the way back. For example, Jund just got some new toys in Wrenn and Six and Seasoned Pyromancer (that’s two cards, not one crazy card called “Wrenn and Six and Seasoned Pyromancer”). The battle between stuff like that and stuff like Phoenix and Mox Opal and Aether Vial and Karn seems healthy enough.