Tilt. We’ve all been there and hope never to return.

“Tilt is a poker term for a state of mental or emotional confusion or frustration in which a player adopts a less than optimal strategy, usually resulting in the player becoming over-aggressive. […] one possible origin of the word ’tilt’ is as a reference to tilting a pinball machine.” (Wikipedia).

Yeah, I just used Wikipedia as a source. I’m not proud…

I associate the feeling of tilt with moments where things do not work out favorably, and my focus shifts toward how things have gone wrong rather than how I can make things better.

The symptoms of tilt can range from self-pity to flipping a table, but the essence of the problem is focusing on what has gone wrong rather than making it better.

Feeling tilted after a bad beat is natural and most people experience these feelings. When I think about tilt, I tend to think about Phil Hellmuth going completely ham after losing a hand on the river. Some people handle these moments better than others….

I’ve certainly been the kind of player who hasn’t always handled the stress and frustration of tournament Magic with grace or tact. I’ve invested a lot of energy into changing my attitude and it has made a huge difference in my play.

Tilt goes beyond anger at mana screw or a topdecked card. It has a lot to do with how you react to adversity and handle hardship. 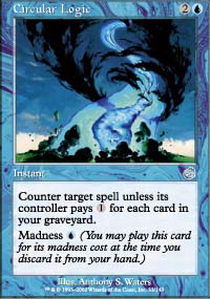 You know the story. You’re winning game 2. Up a game. About to take the match. The opponent topdecks some crazy card and steals the game. Or you keep a 3-land hand and on turn 7 you still haven’t found the 4th one.

Logically, you know these are unlikely scenarios where you lose the game. You were 90% to win and then the 10% thing happened. How unlucky!

The paradox is real. Logically, a player knows that what happened was statistically improbable. The key word being improbable and not impossible. It is the less likely outcome, but still a possible one.

The irrational aspect of tilt kicks in when the less likely and less ideal outcome presents itself, and instead of focusing on the next move or the next game the player fixates on how unfortunate the unfavorable outcome was. It leads to poor thought processes: Is my Marvel always going to whiff? Am I always going to get mana screwed?

Make an effort to accept that unlikely and unlucky outcomes are actually fairly common and continue to stay focused on making good plays. I’ve seen pocket kings best aces a half-dozen times. You are not the first and won’t be the last to receive a bad beat, but don’t let it distract you from the task at hand.

Tilt is manifested in displays of frustration. Tilted players are often angry or visibly upset about the events that have just gone down.

Have you ever had one of those days where the bad beats seem to keep coming?

Maybe it isn’t just bad luck. It’s hard to imagine that you are playing your best Magic if you’re frustrated. When you focus on the negative it’s hard to see the big picture. In looking for more examples of bad luck, there is a distinct possibility you are not playing great and you’re focused on the wrong things.

When a player is engrossed with their own bad beat stories in between rounds and sees having to mulligan in the first game of the next round as an extension of continuing bad luck there is no possible way they are focused on playing their best.

Let it go! If forces beyond your control caused you to lose the match, don’t fixate. If you played great and didn’t win, there is no shame. Play great next round and try to get a better result. What’s done is done. What happens next is up to you.

3. They Look for Quick Fixes 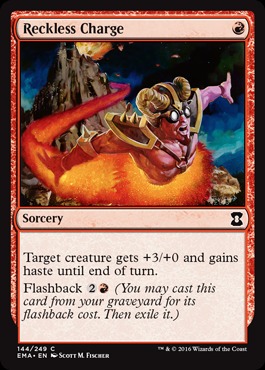 Magic is a marathon, not a sprint. Being good is about slowly and gradually improving.

People who tilt easily tend to want instant gratification. In the scheme of things, one game is just one game. There might be high stakes surrounding the outcome of a particular game, but it is still just one in a sea of tournaments.

I think we all agree that the best mindset for playing Magic is clear and precise, and not blinded by rage. Calm down and play your game.

From a deck selection perspective tilt can carry over from one event to the next. Have you ever had a deck you thought was great but after a bad tournament you wanted to trash it?

Back to irrational. If you think Marvel is the best deck and you feel like you played well but were on the backside of a few bad beats, why change decks? Let me rephrase: If you practice well, play well, and lose to forces beyond your control, is there any deck that would have saved you?

In gaming, it’s good to be competitive. Competition is what motivates us to be as good as we can be. The competitive spirit is part of what allows the great ones to dig deep and slog through.

But when improperly harnessed, it can be a real liability.

Everybody wants to win regardless of their skill level. Wanting to win and trying to win are not the same thing.

I hate losing. But I accept that defeat is part of the game I play. You can’t take it personally, regardless of how you lose or who you lose to.

Competitiveness is a quality of people who tilt but it isn’t necessarily a bad thing. Keep the competitive drive but keep it in check. The key is to play your hardest but also play your best.

Draymond Green is a great example of what I’m talking about here. Regardless of whether you are a fan or not, there is no debating that the guy plays hard and is 110% competitive. But last year in the playoffs he played too hard and not smart enough by committing too many technical fouls and getting suspended for a critical game. 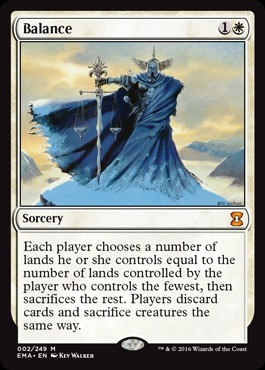 Balance between trying hard and playing well is critical. Banging one’s head against the wall out of a desire to win does not help. Keep the emotion of competition in check so that you can also play your best.

Dig deep and play your best. Being competitive and trying hard to win is positive. But be aware when the desire to compete overshadows your ability to play smart. Draymond dialed in is scary whereas Draymond loose cannon is a liability.

5. They Want to Feel Smart and Hate Feeling Stupid

Regardless of how a person loses, losing doesn’t exactly make you feel like a genius. There is certainly a connection between feeling good about one’s play and getting the validation of some results every once and awhile.

Everybody craves validation. We want to be good at what we do and take pride in our accomplishments. We want to win.

Part of the irrational logic comes into play when we feel like we played well enough to deserve to win and then forces beyond our control cause us to lose. What could I have done differently? It must be nice to play badly and just rip the perfect card every turn…

These thoughts are not helpful in the long run. I know it. You know it. Everybody knows it. Yet, they persist.

Winning does not equal smart. Losing does not equal stupid. It’s that simple. It takes a lot of mental effort and training to untangle those ideas from one another. If you focus your energy on playing your best and the task at hand for the whole day, the fact of the matter is that you are closer to achieving your goal in the long run.

It is possible to play great and not make Top 8. Take pride in playing well and improving, and the results become more attainable.

Don’t equate winning and losing with having played well or being good or bad at Magic. Be realistic about your play, and if you play a good tournament from start to finish, take pride in that and continue down a path of improvement.

Tilt is weird. The more I think about it the more I realize that the qualities that facilitate feeling tilted are pretty normal and natural.

Tilt is normal, but it isn’t useful. It’s a liability. The fact of the matter is that although becoming tilted may be a fairly natural response, as a tournament card player it is important to acknowledge it and find strategies to push through it.

There is no rule that says you can’t be frustrated about getting mana screwed—just keep in mind that giving into and lingering on those negative feelings hurts your ability to play your best Magic.

Tilt is normal because tilt is easy. Tilt is the default, level zero mode for experiencing hardship. Learn to control those feelings and emotions and you’ll have a distinct advantage that will help you stay cool and make good decisions not only in Magic, but in life in general.