Last year, Ulamog faced his yearly struggle with Thanksgiving and this year is another that promises much of the same. There’s no safe haven from hunger when it’s ceaseless, and Ulamog slowly slipped into his month-or-two state of despondency following Halloween because of his least favorite holiday. Things were looking grim as usual, but then he received a glimmer of hope in the mail:

I know we’ve had struggles in the past and we don’t always see eye to eye, but I want to make it up to you. After all, we’re still family. If you come over to my house for Thanksgiving this year I promise to end your hunger.

Ulamog did a little jump for joy and broke a good handful of Zendikar trees in the process. Could this be the year that his hunger could actually be solved!?! Could his big sister Emmy really deliver on her promise? Ulamog certainly hoped so and jumped in his interplanar ship, ready for a lovely meal on Thanksgiving day at Emrakul’s home, the Innistradian Moon. Ulamog smelled delicious bread baking, turkeys roasting, and of course all the other swaths of food that Eldrazi Titans feast on that isn’t a “traditional Thanksgiving meal.” For the first time in a long time, there was hope to quell his appetite.

“I’m so glad you could make it Ulamog. I’ve got a nice first course for us to eat.”

“Mmm, that was pretty delicious Emmy, and I really appreciate the Moldgraf Scavengers you added for taste. Without a morel base some soups just don’t have much flavor. But that barely quenched my desire to eat.”

“Of course you aren’t full yet!” Emrakul replied. “There’s still so much more to look forward to!”

After a few hours of gorging on the bountiful harvest, Ulamog and Emrakul reminisced about their childhood, back when they only decimated small villages instead of entire planes. They had such a joyous time back then, but Ulamog’s stomach started grumbling. Suddenly a flood of memories he had repressed came flooding into his consciousness. He remembered… being full, and now at the end of the meal his hunger reignited his frustrations. Slowly, surely, his rage grew and grew and grew until he couldn’t hold it back anymore.

“YOU PROMISED I WOULD BE FULL!” Ulamog yelled, shaking the very core of the Moon with his bellowing shouts.

“I’m so sorry,” Emmy replied. “I truly thought I could fulfill my promise.”

“Sorry?!? Sorry isn’t going to cut it! I knew coming here was a terrible mistake. Why I got my hopes up is beyond me.”

And in that moment chaos erupted. Ulamog channeled his inner hunger into an anger that was unbounded. An Eldrazi civil war was about to begin, much like countless others that had happened over the eons.

He summoned an Eldrazi army to his side to attack his big sister, trying to be the first to act and gain the upper hand in the latest family struggle.

Just as the Eldrazi minions started attacking, Emrakul reacted and used Ulamog’s own plan against him.

Ulamog was taken aback by the Emrakul army. He fell backwards, stupefied by the weight of the attack, akin to a boxer who took a hard left jab while expecting a right hook. His crashing weight created an outward blast on the moon, which ejected dust and particles out into space, a veritable explosion of clouds and debris as observed on Innistrad down below. Despite his fall, Ulamog was determined to win. He still had one trick up his sleeve. He channeled all of his anger, the years of hunger, and shot a fiery blast of energy at Emrakul more powerful than even he realized he was capable of.

Emrakul staggered backward. The blast had connected dead in the center of her body and she slowly crumpled, unable to get up and face her assailant. She was down for the count and a champion of the ring was crowned. Ulamog looked over her and was pleased with his triumph. That didn’t last particularly long though—in fact, Emmy was only feigning defeat. 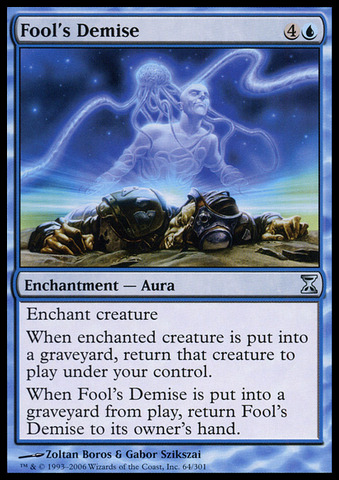 She turned on Ulamog with an upward thrash of her tentacles but he quickly evaded. Back and forth they went, exchanging blow. Unbothered by time, an Eldrazi altercation can take as long as an entire year to resolve. This time, after about 12 hours, something changed.

Ulamog said simply: “Stop.” Emmy was taken aback and halted the spin attack she was about to launch.

“Stop?” Emmy asked. “Isn’t this what we do as Eldrazi? We fight. This is what we were born for.”

“That is true, but we don’t have to do this among ourselves. This is Thanksgiving. This is a time for family, and I simply let a little hunger slip get the better of me.”

Emmy pondered Ulamog’s words for a moment. Was this merely another scheme with which he was planning to catch her off-guard? After all, she had been besting him in the battle. Then, after some debate, she agreed.

The two Eldrazi got up slowly and headed back to the kitchen where a pile of dishes await them from the feast they had finished. While working on the dishes together they both remembered the true meaning of Thanksgiving. The two loved each other and were happy they could spend time together, even if their gatherings could get heated from time to time.

“We should get together more often,” Ulamog suggested. “Next time I won’t let my anger get the better of me—I should just accept that I’ll always be hungry”.

“Sure, that would be lovely!” Emrakul exclaimed delightedly. “We can even invite Kozilek over and have the whole family together. What’s the worst that can happen?”