I said that I would explore more Baleful Strix decks, but after seeing how many good players chose Turbo Depths at Grand Prix Seattle, and knowing how good the matchup was versus 4C Leovold, I decided to give the deck a try.

I started with Joseph Trojan’s Top 16 list and ran the deck through some Leagues last week. I will record with the deck soon, and this is my final list:

The deck’s plan is to create a Marit Lage token as quickly as possible. Hence the “Turbo” in “Turbo Depths,” and the reason why you play Elvish Spirit Guide and Lotus Petal.

This is an all-in combo deck, and you don’t have to be afraid and play around the top of your opponent’s deck. Play around what you know, and put that Marit Lage token into play as quickly as possible.

There are some deck-building differences I want to point out since this deck has very few flexible slots, and it’s important to make smart decisions about which cards to use. 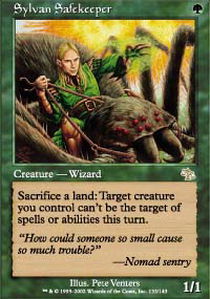 This card is a house versus any deck with Swords to Plowshares, Karakas, and any bounce spell. Weirdly enough, it also protects your Marit Lage from Diabolic Edict.

A long time ago, I remember playing Not of this World, but this Invitational card is a straight upgrade, though I wouldn’t go crazy and play three copies like many lists do. The most popular decks: Grixis Delver and 4C Leovold, don’t have many ways to target your Marit Lage—apart from Dead // Gone and Jace, the Mind Sculptor—so I’m not a fan of the card in that matchup. 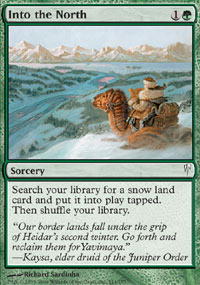 When I played this card for the first time, I was shocked at how good it was. Going Urborg, Tomb of Yawgmoth + Lotus Petal/Elvish Spirit Guide and Into the North is a fantastic start that lets you combo on turn 2 very often.

I was puzzled when I saw many lists with 0 or 1 copies of the card and I started to run four.

I then found out that if you already have Dark Depths in play and don’t need colored mana that this card might not be the best, so I cut it down to 2, and I think that’s the perfect number.

When I cut two Into the North, I replaced them with some Expedition Maps. Though slow, Expedition Map is exactly what this deck wants—a cheap way to get lands to combo off. I like this better than Sylvan Library or more discard spells that don’t directly help in finding the combo, which is your only plan. 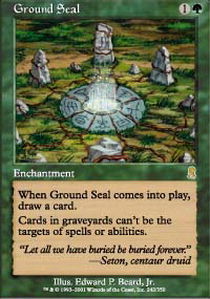 I played this card in the old version of B/G Depths and really liked it. Versus 4C Leovold it’s fantastic since it stops Deathrite Shaman, Snapcaster Mage, and Surgical Extraction, and the matchup is slow enough that you have time for it. Versus Grixis Delver I don’t like it since you want to be fast and effective, but if you have more time to durdle, this is a great sideboard card.

I started with a list with two Dark Confidants and brought it up to three, but quickly found out that my opponents always had Lightning Bolt or Fatal Push. Even post-board, I wasn’t taking anyone by surprise like I would if I’d put Dark Confidant in Ad Nauseam Tendrils’ sideboard—people have to keep their removal to fight Vampire Hexmage, and to kill a Dryad Arbor fetched in response to a Diabolic Edict.

I don’t play any copies of Dark Confidant. 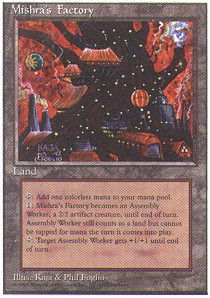 I see some lists running one of these, but I believe that it is better to run both. You sideboard very little in every matchup. Hence, it’s okay to replace a Bojuka Bog or a Sejiri Steppe with one of these when playing versus a deck with Edicts effects.

This deck doesn’t seem that hard to play, but you have to know it inside and out.

These tips might come handy even when playing against this deck, since very often I win games because my opponent doesn’t realize I can make a Marit Lage token and taps their Wasteland.

Turbo Depths is a fast and explosive combo deck that’s easy to win with but hard to master. With a little practice and the help of this article, hopefully you’re on the path to success!