This is the draft guide I wrote for Team ChannelFireball at the recent Mythic Championship in Barcelona. Hope you enjoy the inside look at our prep for the MC!

Green has a lot of good snow payoffs and can splash easily, so it gets access to the best cards from other colors. Springbloom Druid is the best common and enables all the decks (UG snow, GR lands in graveyard, Gx multicolor, and GB value).

Blue has high-quality commons and uncommons and is part of the best two decks (snow and ninjas).

Black is solid and pairs well with every color but white.

White is the worst color by a wide margin. RW is a deck, and UW can be good, but in general BW and GW just aren’t that good. White doesn’t play well with other colors, and since some of its better cards are splashable, there aren’t many reasons to want to be heavy white.

Game plan: base UG (can be Gx, but blue is by far the most common secondary color). Controlling ramp deck that splashes colors and takes advantage of snow payoffs.

There are tons of UG playables, but these are the higher priority ones. Snow lands are key and can move down or up in the order based on how many you’ve already picked up (and how many Rime Tenders you have). Rime Tender is insane if you have 7+ snow lands and obviously quite a bit worse when you don’t get there. Once you’re at 7+ snow lands, Arcum’s Astrolabe becomes good.

There are a lot of good card draw options (Rain of Revelation, Pondering Mage, Fact or Fiction, Scour All Possibilities), so I don’t tend to prioritize them super highly. You do want 2-3 in the end, but you can get them easily.

It’s worth noting that if you get 2-3 Iceberg Cancrix, you can actually mill them out, especially with Springbloom Druid getting multiple snow lands.

Murasa Behemoth and Excavating Anurid are both fine win conditions if you don’t get Conifer Wurm, but are low priority because they go late and you don’t want many. 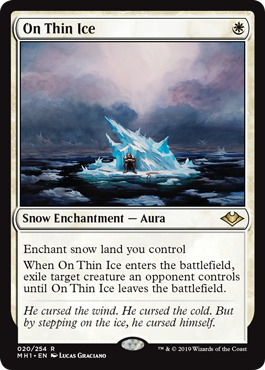 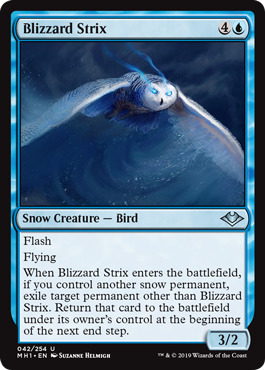 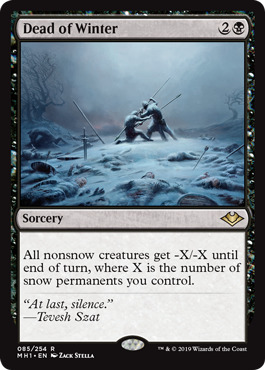 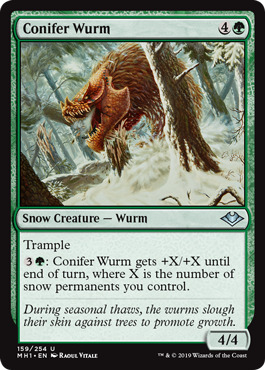 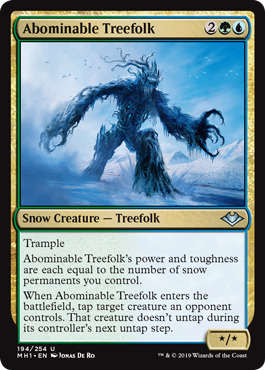 [Dead of Winter and Conifer Wurm are busted]

Besides the uncommon and rare snow payoffs, the biggest reasons to be in this deck are Rime Tender and Winter’s Rest. Both are premium commons that you need to be snow-themed to be in. I am worried that this deck may be overdrafted, but when it comes together it’s fantastic, and a lot of the cards aren’t ones other people want unless they are also snow.

Game plan: Ninja them early and often. Usually plays as aggro/tempo, but it can be a control deck if you get enough removal. Basically never splashes.

Generally you want 4-7 cheap, evasive creatures and 5-6 Ninjas (Ninja of the New Moon is the clunkiest, so it’s lower priority than others. The rest should be removal or ways to get attackers through, plus a few card draw spells and random other creatures. 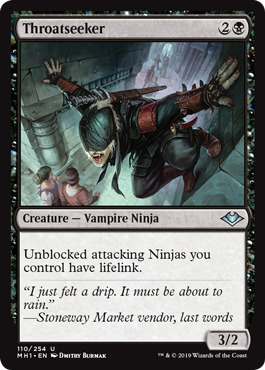 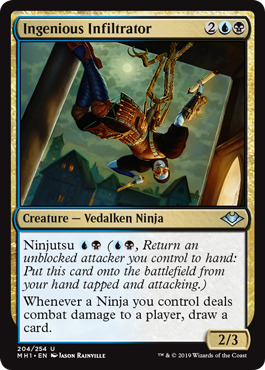 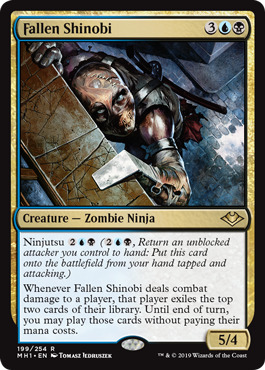 This deck is great partially because it can work with all commons. If you have a lot of good 1-drops and 4+ common Ninjas, plus removal and Smoke Shroud, you don’t need much more. Your good draws are really hard to beat, and many of your cards aren’t wanted by other decks.

Game plan: aggro deck with sacrifice/tribal themes. Flexible in that it doesn’t need to be all those themes at once, so it can vary depending on which cards you see.

Curve matters quite a bit here, as it is an aggro deck. The deeper you get into the sacrifice theme, the more cards like Goblin War Party and Silumgar Scavenger go up in value, and stuff like Carrion Feeder and Goatnap can be decent. I’ve mostly not gone hard on that, usually ending up with a beatdown deck that has some Goblin synergies plus good black/red removal.

Note on Lightning Skelemental: the card is fanastic and busted with Unearth, so prioritize those if you get a Skelemental. Unearth paired with Munitions Expert or Goblin Matron is great, too. 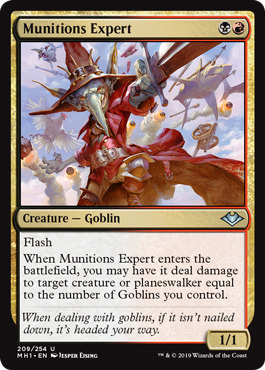 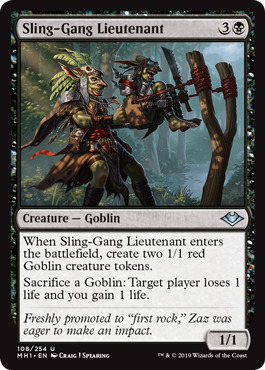 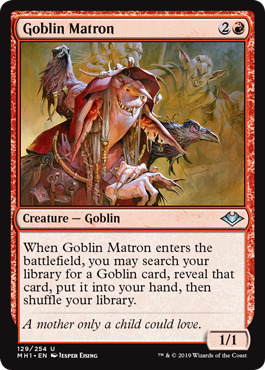 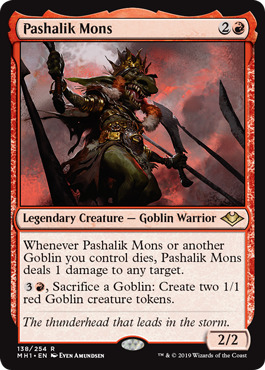 Besides the good common removal, this deck also wants a lot of cards other people aren’t that interested in.

Game plan: GB control that splashes other colors and has some graveyard synergies.

This deck is fine if green and black are both open, but there aren’t that many synergies and largely it feels like a worse snow deck. Aside from Rotwidow Pack and rares like Hogaak, Arisen Necropolis, there are just no payoffs, so I usually only end up here if I’m seeing green cards plus a bunch of Mobs and Defiles.

Game plan: RW aggro that uses sliver synergies. I mostly end up here when I get passed uncommon/rare Slivers, since there’s not a ton of reason to be here based just on commons.

The reason to be here really is Cloudshredder Sliver, as that card is busted. Lavabelly Sliver is pretty good, too, and if you see red and white are open you can usually cobble together a decent aggro deck. Answered Prayers goes up in value a lot if you don’t get there on Slivers, as it’s the best way to consistently get through. Battle Screech is also one of the best reasons to start out in white, as that card is also busted.

Knight of Old Benalia sucks. I haven’t been impressed with it in any deck. Same with Martyr’s Soul. Trustworthy Scout is playable if you need 2-drops, but is also pretty bad.

(Ran bad to go 2-1. This deck has an obscene amount of rares, though if you subtract Serra, a random other rare, and a Cloudshredder this would still be a great RW deck that’s a little more realistic.)

Game plan: get value from Soulherder and/or play a tempo game with fliers plus Man-o’-War.

I’ve only ended up here like twice, so this isn’t a deck I’d look to get into. Part of the reason white is so bad is that it’s filled with sub-par aggressive cards, and it doesn’t synergize well with other colors. Most of the time that I have Soulherder, I just splash it in UG, but if blue and white are open, Soulherder is a great card.

Game plan: RG midrange/aggro that keys off of lands being in your bin. Leverage those cards plus removal to pressure the opponent.

I don’t really like this deck. It has some payoffs (Ruination Rioter being the best), and is fine if both red and green are open, but it’s not doing anything better than the other green archetypes. The cycling lands are great everywhere, but especially good here.

I don’t have a deck pic for this.

I somehow have never ended up in this deck. I have played against it, and I get the idea is to use Eyekite and Spinehorn Minotaur and Fists of Flame in an aggro/tempo shell, but I’m curious as to how you end up here. Any thoughts on this are welcome.

These decks suck. If these are the open colors, sure, but I always beat these decks and have not thought they were good anytime I ended up here.