Hey folks! It’s been a while–I’ve been away at GP Phoenix and then PAX East, each of which came with their own convention plague–and I’m also trying to finish my MBA, which, as it turns out, is time-consuming. While all that has been happening, though, Journey into Nyx spoilers have been flying out left and right. Obviously the Gods are foremost in my mind, but this one caught my eye immediately:

This is a card that only a Commander player could really love. It won’t likely make any waves at all in 60-card Constructed, but it definitely seems applicable at Commander tables that favor the “battlecruiser Magic” style. So what should we be focusing on with Kruphix as our commander? Well, the idea of having tons of options appeals greatly to me, so we definitely want to draw tons of cards. To do that, we’ll need tons of mana. How can we accomplish this?

If mana is sitting in our mana pool, why not make more mana? I think this is a fantastic card for this style of deck that will allow us to cast some enormous X-spells. (Expect that to be a focus of this deck. I hope no one is playing Gaddock Teeg!)

Mana Reflection is a very popular Commander card for some fairly obvious reasons, and if mana doesn’t empty from our mana pool, it means we can spend lots of turns building things up for ourselves (albeit in the form of colorless mana.) Vorinclex is pretty great too, as it gives us extra mana while slowing down our opponents. 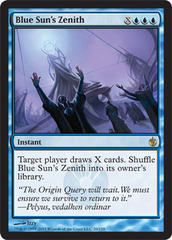 Mind Spring is great at drawing cards for us, as are the other cards listed, but don’t forget that these can be kill conditions!

Store up mana for turns on end, then fire it all into Helix Pinnacle when you draw it! Brilliant!

As long as you play Kruphix or another hand size effect after you play Recycle, you’ll get all of the benefits without any of the detrimental effects (except for skipping your draw step, but that shouldn’t be a big deal, right?) This is a bit of a speculative pick, but it’s an awesome card with sweet art that I never get to play anymore. Give it a shot! This is also really good with buyback cards. We don’t have too many, but the two we have should be good for us.

I definitely want to draw seven cards in my end step! Obviously I’m also excited about ruining other players’ hands with the other half of the effect, but we won’t have to discard anything during cleanup as long as Kruphix is in play, so we’ll have way too many options. (Don’t be the person that uses this as an excuse to take forever, by the way!)

We have to win somehow. These are just some of the different win conditions you could consider—I like these because they’re all huge mana sinks.

Okay, we can go on like this forever, but these are all old cards we already know about. This is spoiler season. The prerelease is coming up, and I know you want to know what to pick up this weekend when you and your friends are trading after the events. Both monstrosity and strive are mechanics that work well with this style of deck, so there should be quite a few options for us in Theros block. Here are some cards from Journey into Nyx that will go very well in the Kruphix deck:

I think this will be a Commander staple for years to come. Get in on the ground floor!

Go big, then go bigger. Gelatinous Genesis on a stick is going to be insane in Limited too, so if you have one at the prerelease, I suggest you play it!

Plague Wind you at the end of your turn? Don’t mind if I do! We’ll hopefully be filling the board with big creatures, so this should be reasonably possible for us to pull off.

This card has great art. I’m not sure if it’s a better Winged Coatl or a worse Winged Coatl, but I’m willing to find out. It’s awesome that it can reach Simic Sky Swallower size status. Too bad about no shroud, but still.

Okay! So what should the deck look like when we’re all done? Well, obviously we’ll always have different views on this (Commander decks are so individual!) but here’s my take on the plan:

You may notice I’m not playing things like Green Sun’s Zenith, Genesis Wave, Deadeye Navigator, Tooth and Nail, and so on. That’s because I’ve designed this deck for a more casual environment. This deck can certainly win games with those cards, but it can also win games without them. Obviously, everyone has a different philosophy and every group is different, but this is the way I would have fun playing this deck, so that’s how I built it!

All right! Next time I’ll come at you with my Commander set review. There are quite a few gems in this set, so be on the lookout at the prerelease and have fun!