Some of us want to play Commander and have fun. Some of us just want to watch the table burn. 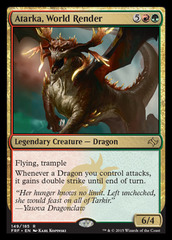 Atarka scoffs at commanders like Zurgo Helmsmasher and Thraximundar, mere members of the previously coveted “three-hit club.” Atarka is in the two-hit club. That’s right—unchecked, two hits from Atarka will end someone. This is why we don’t let Sarkhan go back in time.

Atarka’s ability to give double strike does more than just allow it to smash opponents into the ground. Giving Dragons double strike means a lot of damage, obviously, but some Dragons have on-hit effects—Atarka will let us double up on those. Examples: 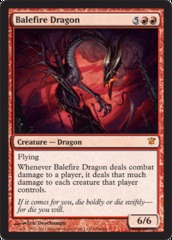 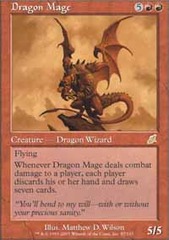 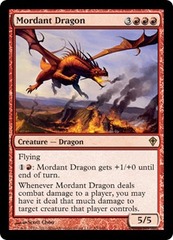 Okay, well, that’s all of them, but hitting people with Dragons is already pretty fun, and red/green is a decent color combination for doing so. There are 75 different Dragons we could play in the color combo—obviously we won’t be fitting them all in, but that means we’ll have good choices. Why wait? Let’s have a deck list!

The best thing about this deck is that it’s a blunt instrument. Play Dragons, hit people, no worries. No one will ever worry about the secret and sneaky things your deck can do. Your deck cannot do anything sneaky. All your deck can do is double strike people to death. This is not sneaky, but it is very explosive.

The most obvious downsides of the deck, however, are that it is a blunt instrument and that it is a very obvious threat. Make an army of Dragons too early and you will probably get beat up by the entire table. Additionally, the Commander is not called “World Render” just for show. Once a player gets beat to death by Atarka, the other players will take notice. They will remember.

You might have noticed that I went the very simple “ramp to Dragons, make Dragons, eat players” direction with this deck. I could have added some equipment or Auras and made big Dragons even bigger, but I felt it would be more fun to leave the Dragons with only their claws, teeth, breath weapons, and so on to work with. You could also include a copy of Dragonstorm and some smaller spells to go off with. You could even go the all-permanents route and Primal Surge, plunging the board into a world only Sarkhan could love.

One last piece of advice: Stay away from Jund. That is where Karrthus lives. Karrthus will ruin your life.