This week there’s no real tournaments for me to focus on, so outside of some MTGO grinding there’s not a ton to talk about. Today I’ll be going over my ventures in trying to Treasure Cruise and Dig Through Time in every format.

Heroic has completely infested Magic Online and as a result I’m having a much harder time grinding with RG Bees. While Hornet Nest remains effective to a degree, more and more the match pushes me toward wanting Anger of the Gods which ruins most of my own early game. After a few days of this I sought refuge in Mardu, but frankly I’m unhappy with how that deck plays out. Either I’m leaning heavily on Chained to the Rocks to do the heavy lifting or I’m playing so much removal that other fair strategies just run me out of relevant cards.

Of course Dig Through Time is a legal Magic card…

This is essentially a refined take on my older UR Burn build, taking advantage of the white removal and threats that are still good against Abzan and other green decks. I kicked it around for a dozen matches and found that it was doing some things I really liked and some thing that need to be improved upon.

First and most obvious is that Chained to the Rocks is tough to make great use of here. Without a natural fetchland like in Mardu, you end up in a precarious spot making the mana work while still having a sufficient number of Mountains. However having a cheap interactive spell that doesn’t care about toughness is a huge boon when Swiftspear and heroic creatures can quickly jump ahead of Anger of the Gods. You could cut the Chained to the Rocks, but they’d be immediately replaced by Suspension Field despite Erase being a common card now. There’s simply too much liability when you only on damage-based removal.

My second issue is the classic one with these kinds of decks: Is this a better plan than just killing the opponent? Against Heroic it most certainly is and the slow and steady approach can also be better against the Whip decks which have enough life gain to put the game out of reach against the burn happy builds. Against everyone else, however, the answer is usually that, yes, you want them dead with Goblin Rabblemaster and Stoke the Flames rather than slowing them down more.

Still I think Jeskai Control has a place in the metagame if Heroic is going to be a major player. Sweepers are definitely still powerful right now and the main thing holding Anger of the Gods back is a good shell to put it in. Nullify felt the same to me and the fact that they can both slide neatly into this archetype gives it a reason to exist, since no other deck is currently doing it.

At the moment I see no good reason to play anything other than Delver or decks that have excellent Delver matchups. From the snapshot of the format Rolle sent me, Magic Online is all Delver and Burn at the moment. The top thirty cards from the format are the deck lists for those two decks with a few random good cards thrown in such as Birds of Paradise, Thoughtseize, and Noble Hierarch.

Oddly enough, I’m a big fan of Dig Through Time over Treasure Cruise in the event of all these blue mirrors. Same goes for slowing the deck down slightly—after battling with James’s build I decided I’m fine with Snapcaster Mage and Dig. In fact my only switches were to swap Burst Lightning with Flame Slash, which I prefer on principle, and the addition of a single Treasure Cruise as a 4th delve card. Sideboard-wise I also added Stitched Drake to better position myself in Lightning Bolt mirrors. It remains cheap enough to protect with countermagic and its additional cost is very easy to meet in the Delver mirror. Really, the only time it is awkward is if you have to Dig your entire grave away and want to nab a threat. 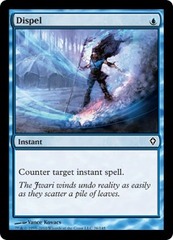 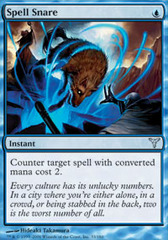 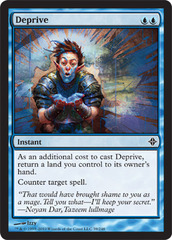 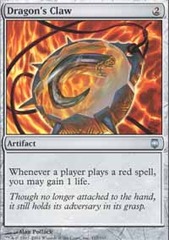 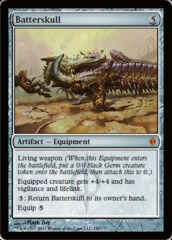 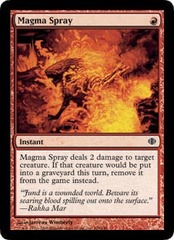 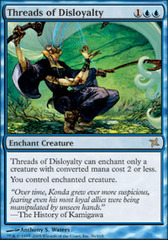 Dig Through Time has been underplayed because of the sheer absurdity of Treasure Cruise. However, Delver is in a unique position where the best choice may not be “either,” depending on how aggressive you build the deck. If your Delver build runs more than 9 burn spells or wants to aggro fully on the Swiftspear plan then Cruise makes a bit more sense. Raw card advantage makes a big difference when all you want is to maximize the number of spells you cast in a given game. On the flip side if you want to play a more controlling game and take full advantage of a versatile sideboard, then Dig is invaluable for the extra digging power.

Swiftspear decks want the game to end quickly and empty their hand as quickly as possible to do that. As a result it puts you in the aggressive spot in basically every match. At a minimum it forces you to be aggressive whenever you have Swiftspear in the opener. Instead this build focuses much more on just being controlling and riding early Delver of Secrets to victory as needed. With a better balance of cards and Snapcaster Mage, it lets you play out better on the draw and generally win a longer game in a mirror which each player can easily kill any cheap threat on the table.

Wait, that card isn’t legal? Uh… Time Vault perhaps? OK, so things may have changed a bit from back when I played Legacy seriously. What’s the best deck in the format right now?

…The Modern deck we just talked about? Oh. Well then.

On a positive note at least there are real options powerful enough to counter a Delver deck battling with Treasure Cruise. You also don’t have to deal with nearly as many Burn players! One of the few decks I still try to keep up with is Reanimator, as it remains one of the few strong decks that isn’t fully reliant on a handful of cards to function. It has enough selection to fight through hate cards and a built-in method of having a real game against Show and Tell. It also devours all the fair strategies by just slamming an Elesh Norn or Iona onto the battlefield on turn two.

Of course, with Treasure Cruise being printed I suspect an uptick in graveyard hate, though I really don’t think that’s a major issue. The deck already had to beat Deathrite Shaman and now most of those decks are stone trash, so that’s a bit of a bonus. Karakas is still one of the most annoying permanents and Containment Priest will definitely be around. I’ve tried Lotus Petal off and on and have been pretty unimpressed by it. A lot of my gaming comes from just a handful of people though, so my matchup experience is definitely biased toward interacting with Island decks all day.

Really that’s the main reason I still like the deck, there’s a nice mix of “I win” draws along with the ability to grind out a longer game.

Shoving Cruise into the deck wasn’t the initial plan, but your graveyard gets filled rather quickly and if you can’t refill somehow then you get stuck on drawing a reanimate spell just to live. It helps a lot with Careful Study and just having outs when your initial attempt falls apart. Typically you bring them out for post-board games, but even then it isn’t unreasonable to keep them around when the games go long.

Of course the best plan in Legacy, as always, is to run a deck with Brainstorm. As long as you follow that simple piece of advice it really doesn’t matter what else you decide to do. Run Brainstorm and outplay your opponents even when your deck isn’t optimal. Treasure Cruise may close the gap a bit, but even then the experienced Delver players are going to have a field day battling against such a wide open field. In fact one of the reasons I like the concept of Reanimator or other combo is that nobody can truly afford to run that much hate against anyone in this field.

That’s all I’ve got for this week. Next week maybe a bit on Modern or maybe I’ll finally get around to finishing my judge stories article in full.