Sideboarding is tricky business. While the premise is simple (take out bad cards and put in good ones), there are a lot of easy ways to mess things up. Today, I’m going to talk about one of the more common errors out there, provide some examples of the worst offenders, and let you know how to avoid it.

One of the ways to maximize the value you get from your sideboard is to play powerful but narrow cards. You give up flexibility, but when this type of card is good, it’s often incredible. Examples are cards like Stony Silence, Rest in Peace, Grafdigger’s Cage, and Dispel. If you predict the metagame well and can fill your sideboard with targeted hate and hit those targets, you will crush. 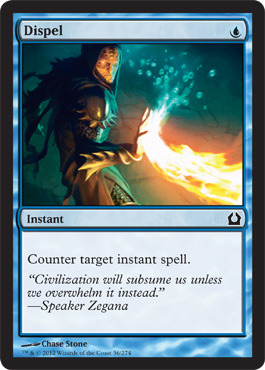 Where this goes badly is when you add a bunch of narrow hate cards, then proceed to go ahead and board those cards in against wildly inappropriate decks. It’s a common trap, and one people seem to love blundering into, with no signs of stopping. Let’s look at some examples.

Boarding in Leyline of Sanctity against Burn? Good idea, you should do this.

Boarding in Leyline of Sanctity against Jund to stop discard and Liliana? Unless you are playing dedicated combo (Ad Nauseam or Bogles), you shouldn’t do this. People love boarding in Leyline at way too high a rate because the idea of having it in your opener is just so appealing. Unless you are fully dedicated to a game plan where stopping discard is good, that’s not the sort of thing this should be used for.

Boarding in Needle against Affinity to name Cranial Plating or Arcbound Ravager? A reasonable plan, since those cards are both powerful four-ofs that are hard to stop.

Boarding in Needle against Bant Company to stop Knight of the Reliquary or Jace?Extremely suspect, as Knight will still be large, and they play two-three Jaces (as well as ways to kill Needle if they absolutely have to).

And of course, the undefeated champion of the “boarded in too often” tournament:

Boarding in Surgical Extraction against Dredge? Solid plan. Go get their Amalgams.

Boarding in Surgical Extraction against Grixis to snipe Snapcaster targets? For the love of Jace, stop boarding in Surgical because it’s a “good card.” People love, love, LOVE to do this, and even when the stated reason is to fight Snapcaster, half the time people just cast it on random good cards. Bam, take that—no more Jaces or no more Fatal Pushes, even when there’s no reason to do so. Something about Surgical (and other cards of its ilk) is really attractive, and what makes this tendency hard to combat is that the card is actually good in plenty of matchups. I am not saying you should not put this card in your sideboard, but please lay out exactly which decks you want it against, and only board it in against those.

For example, let’s say you’re playing Jund, and you have two Surgical Extractions in your sideboard. You should be looking to board those in against:

Where you should not board them in:

This isn’t comprehensive, since Modern has approximately 70 decks, but the idea should come through.

The lesson here is simple: Know exactly and specifically what your narrow hate cards are for, and apply them. Don’t stop playing narrow cards—they are good for a reason. Just use them well. Sideboarding is a powerful tool, but one that can easily go wrong, and this is the number one most common way people mess it up.