This week, I’m going to tackle a Magic fundamental: sideboarding. By far the most common question I get when I write an article on a deck or place well in a tournament with a deck is: “Do you have a sideboard guide?” Now, I totally understand where this question comes from and I’m guilty of asking this question too. When you’re new to an archetype and you have no idea how to approach the matchup, getting a sideboard guide is the first step to winning the matchup. But it is only a very preliminary step that gets you ~50% of the way. I asked Ben Friedman what his biggest lesson in MTG was, and his answer was, “try everything yourself.” In my opinion, it is critical to play the matches yourself, and understand the cards and interactions that can change how a matchup plays.

Let’s start with an example from the latest PT Top 8, Reid Duke (Mono-Blue Tempo) vs. Alex Majlaton (Gruul Aggro). Reid and Alex split the first two games, and then Alex was able to win game 3. In game 3, Alex appeared to sideboard heavily into removal spells + Experimental Frenzy, which I assume was a very successful sideboard strategy for him against Mono-Blue Tempo in the Swiss. But Reid adjusted his sideboard plans for games 4 and 5, and was able to turn the tide and win the match. Let’s hear what he had to say:

So, Reid identified Alex’s sideboard strategy and chose a strategy that focused on becoming the beatdown as he knew Alex would eventually win a longer game with Experimental Frenzy. This is why I love the Pro Tour and why I love sideboard games, especially best-of-five series. Reid understands that this is not a solitaire game. What your opponent brings to the table matters, and it’s your job to figure out how to have your cards match up best against theirs.

Condescend, 5-2 at a Legacy Challenge

reiderrabbit, 5-2 at a Legacy Challenge

I would sideboard completely differently against each list. Cuneo’s list, played by Reid, contains no Mentors and therefore Lightning Bolt is extremely anemic. It also plays only one nonbasic land, so Wasteland is almost completely useless. On the other hand, Condescend’s list plays three Mentors and four nonbasic lands, so the value of Lightning Bolt/Wasteland are correspondingly higher. In general, my rule of thumb is to leave in a number of Bolts equal to the number of Mentors post-sideboard. If Lightning Bolt is useless, I’m happy to play more questionable cards like Surgical Extraction in that slot. That’s why it’s so hard to write a sideboard guide for the matchup, because I change up to six cards depending on my opponent’s list and sideboard plan.

You also need to think about the context of certain cards and how they play in the matchup. For example, Leyline of the Void vs. B/R Hollow One in Modern. It is an extremely powerful sideboard card, and the vast majority of decks are supposed to side it in against B/R Hollow One, as it turns off numerous graveyard synergies and delve creatures. But I think it is incorrect for Dredge to bring in Leyline of the Void against Hollow One. Hollow One plays its own Leyline of the Voids, and Dredge is the more powerful deck in the matchup. So, Dredge should focus on bringing in Nature’s Claims and answering opposing Leylines. If Dredge over-sideboards and brings in Nature’s Claim and Leyline of the Void, they end up diluting their deck too much to the point of being almost non-functional.

Similarly, consider how decks evolve over time. Martin Juza wrote an excellent sideboard guide for B/R Hollow One, and in his sideboard guide, he advocated for not bringing in Leyline of the Void against Grixis Shadow. But his list only played two Fatal Push. More current lists of B/R Hollow One generally have 5-7 answers for Death’s Shadow, and Grixis Shadow lists typically are more focused around Gurmag Angler now. I believe the matchup and card choices have changed enough that it’s correct to bring in Leyline of the Void in the matchup now, even though it may have been wrong back in November.

Another good example of this is Surgical Extraction in the Miracles mirror. Now, why would you want to play such a narrow card? Well, if you are on Predict and your opponent is on Accumulated Knowledge, there is a good chance that you will be buried in card advantage in a longer game. So it’s reasonable to sideboard in a copy of Surgical Extraction to ensure that you are the better deck going into the long game. Similarly, I see a lot of people bringing in Surgical Extraction against Slow Depths. I think this is justifiable if you have a few answers to Marit Lage, but otherwise it can be a fairly weak card as it’s trivial for Depths to Thoughtseize you and ignore the Surgical Extraction. Context matters! 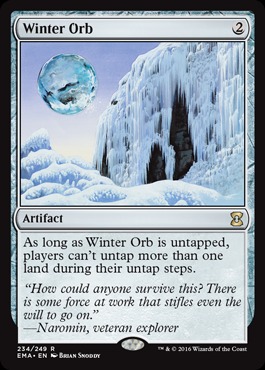 I also just advised you not to bring in Surgical Extraction against Slow Depths. But sometimes it can be correct even when you don’t have an answer to Marit Lage. Say you’re playing R/U/G Delver, which is extremely unfavored against Slow Depths. Maybe you just rely on Wasteland + Surgical to steal a game in that difficult matchup. Although I don’t consider it the “optimal” strategy, it’s a “possible” strategy if you have no better plans in the matchup.