I’ve been pretty bogged down recently, with all my time being completely dedicated to Modern and Oath of the Gatewatch Limited, but upon my return from the Pro Tour, there was a Standard MOCS to play. I tried various forms of Eldrazi decks and it turns out that when you don’t have a land like Eye of Ugin that produces 4 mana on the first turn and 4 mana on the second turn that Vile Aggregate and Endless One aren’t that great.

The lists I’ve seen run a mix of 2 Sidisi’s Faithful, 3 Catacomb Sifter, and 2 Elvish Visionary to make room for cards like Grim Haruspex and Ayli, Eternal Pilgrim. My version of the deck is cleaner, smoother, and more consistent. 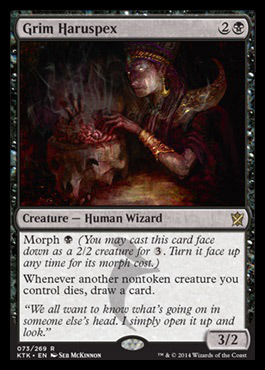 I’ve always been really down on Grim Haruspex and nothing has come around to change my opinion of the card. I sat down at 5­-2 to play my final round of Day 1 of the Pro Tour and at the table next to me sat Matt Nass. I mentioned the Rally deck and how Matt is great for creating it, and he told me he was glad to see my cut down to 1 Grim Haruspex because, and I quote, “that card is trash.” This was vindicating, since all my preparation led me to the conclusion that the card was inefficient, unreliable, and low power. I even wrote in detail about exactly why I felt that card was poor and the majority of the comments were telling me that I was wrong and that the deck needed to play 4. I found this especially puzzling, since Reid Duke won Grand Prix Oakland with 2 in his deck—how does the deck need 4 when it’s proven successful with only 2? 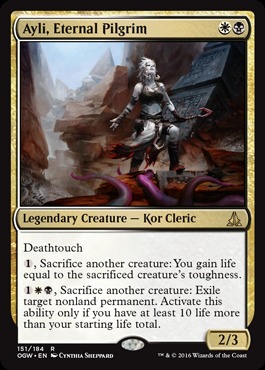 Ayli, Eternal Pilgrim is a card I’ve seen show up in large numbers in most Rally lists and for me it’s been a big disappointment. I can see the value of the card and I understand it, but in my experience it’s slow and cumbersome. 1 mana for each activation means that I can’t cast 2 spells in a turn, and it’s nearly impossible to sacrifice as many things as I want to sacrifice to Rally for value. There are very few matchups where sacrificing my creatures to gain life is a difference maker, and having black and white mana on the second turn of the game is more difficult than it looks. Lastly, it’s a huge cost to put legends in your deck when you have Collected Company along with 28 other noncreature cards. You’re already cutting it close and have to take what you can get with what you hit off Company, but when you have a legendary creature in play, you’re just adding to the total number of whiffs in your deck.

Sure, the legendary argument holds true for Jace as well and that is a big cost, but the upside on Jace is getting to play the best card in Standard and the upside for Ayli, Eternal Pilgrim is that you get a marginal role-player.

In the games I played, I hoped that Ayli would provide some redundancy to Nantuko Husk, but the cost of mana just made it so slow and I often drew a good mix of creatures with Ayli and Rally (the exact circumstance in which you would want the card) and it was still slow and bad. If you expect a lot of Infinite Obliteration in the meta, then it’s acceptable to main deck one of the cards so people can’t exile all your husks and make life rough for you, but if you’re building your deck to be great in game one, then zero is the correct number of Ayli. 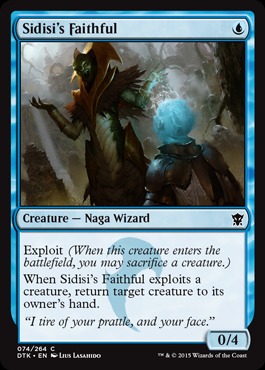 The last big breakthrough for me was cutting all Anafenza from the sideboard and just playing 4 Dispel for the mirror. Anafenza is unreliable with the popularity of Reflector Mage. The most important card by a lot is Collected Company, and if your opponent’s deck has Collected Company, Rally the Ancestors, and their own Dispels, then drawing multiple Dispel is reasonable. On top of all that, I’ve seen Hallowed Moonlight pop up in sideboards for the mirror—so Dispel is the new perfect weapon against the deck.