To get in the spirit of the history-making largest ever Magic tournament, we’ve asked a few of our favorite Magic personalities for their origin story—how they started playing Magic, their first tournament, and their first GP. Check back all month long for their stories, and get in on the conversation yourself with #MyMagicHistory!

Technically, #MyMagicHistory began when I bought a Revised Starter Deck from my cousin’s comic shop.  I played with made-up rules for a few months, but then didn’t pick up the game again until college.

My first real tournament was a Scourge FNM draft.  For some reason, my opponents were very annoyed that I kept casting turn 4 Dawn Elemental in my evenly split two-color deck. 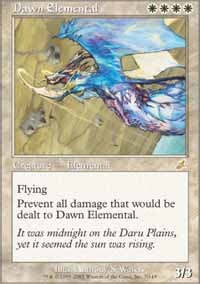 Eventually, I got less bad at drafting and playing, and decided to venture to GP Charlotte with some friends.  It was the now-defunct Extended format, and I inexplicably played the rather complicated CAL combo deck with little-to-no practice. I scrubbed out, then won a side event booster draft where the prize was Italian Legends packs.  I had no idea of the value of these, so foolishly opened them and was rewarded with a Karakas!

What gets you excited about how #GPVegas will make Magic history?

Since then, I’ve played in dozens of GPs.  I’ve even been to a few that were the largest ever at the time.  But never to one so big that it had to split into two tournaments.  Though, to me, the most exciting thing is that I can open a card more valuable than Karakas without scrubbing out of the tournament.

What’s your Magic origin, and how will you make history? Let us know with #MyMagicHistory on Twitter!

Despite his three Pro Tour Top 8s, Pat's proudest accomplishment is his acquisition of the original art of Wild Nacatl, a card he plays at each and every opportunity.