If you’re like me and have every B&R announcement circled, today was an exciting and eventful day. Here were the changes:

This was excellent news, and I’m very happy with no bans to the other formats. Modern Death’s Shadow has drastically decreased in metagame share as people have been packing a lot of powerful anti-Shadow cards, such as Chameleon Colossus. I do think the specter of Shadow has warped the format, but it is also hard to justify a ban when the deck is not doing particularly well.

In Legacy, I sent out a Straw Poll to the Legacy subreddit, and the vast majority preferred no ban. I would argue that Mind Twist and Earthcraft should be unbanned, but I don’t think that they would see play, (sorry Black Vise, Land Tax, and Worldgorger Dragon), so keeping them on the Banned List doesn’t realistically hurt the format. Frantic Search and Windfall have a higher risk, but I don’t think their power level is dangerous. But I don’t think High Tide or Storm are particularly fun to play against, so I’m okay with them staying banned for now. Survival of the Fittest is likely too powerful as a 1-card combo, and the fact that it’s on the Reserved List and would spike very hard in price makes me support the ban. 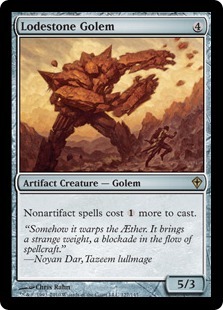 Vintage did drastically need a shakeup though, and Wizards delivered. I conducted a similar poll on TheManaDrain and 89% of respondents wanted some sort of restriction. Workshops was incredibly dominant, and there were also very few blue decks competing with Mentor. So both cards taking a hit was a great call by Wizards.

But Vintage is a format with die-hard fans, and there are many players who have invested tens of thousands of dollars into it. First off, there were many players who quit the format when Lodestone Golem was restricted. Vintage simply can’t afford to lose more players! It has become prohibitively expensive to play in paper, and scaring off the fragile player base is not the way to go. As little sense as it makes from a “format management perspective,” I think it’s correct to keep restricting overpowered lock pieces if Mishra’s Workshop decks become too dominant. Furthermore, while I think a Mishra’s Workshop restriction wouldn’t necessarily tank the price, it definitely could have an adverse effect and I think it’s worth being  prudent about a restriction that could hurt players’ wallets.

As far as which card to restrict, I think Sphere of Resistance would have been the better call. Now White Eldrazi is significantly weakened. Wizards was worried that Shops would still be too dominant with Thorns though, so I suppose they were trying to play it safe. Overall, I’m excited to see where Workshops goes from here. Walking Ballista single-handedly fixes so many problematic cards and decks (Delver, Dredge, Dack Fayden decks, Kataki, Monastery Mentor, Dark Confidant, etc.) that I’m sure some variant with Ravager-Ballista will continue to see play. But it will need to go back to Tangle Wire/Phyrexian Metamorph to have a sufficient density of lock pieces. The other appealing avenue would be Null Rod, but giving up Ravager-Ballista would be a steep price. We’ll have to see how Shops decks innovate and adapt.

The Yawgmoth’s Bargain restriction was also very interesting. Show and Tell and Storm might start seeing a lot more play, as Yawgmoth’s Bargain effectively wins the game on the spot in so many different situations. 6 mana is meaningfully cheaper than 8, and being able to draw in 1 life increments is also powerful. I’m expecting Bargain to see some play going forward, but it will likely still be somewhat vulnerable to Shops as Shops still gets to play 4 Phyrexian Revoker.