You’re seated with 10,000 other players and you receive this pool:

It does not contain any Tarmogoyfs and not that much monetary value, so you’re going to have to cash the event if you want to quit Las Vegas as a winner.

How? Let’s first put aside the unplayables:

This set is powerful and designed well enough that every card is playable under the right circumstances, but given what we got, something like Otherworldly Journey, which I consider playable if you had at least three Waxmane Baku/Thief of Hope, is going to stay in the sideboard until we find a matchup that’s worth it, like someone with multiple Arrest.

Runed Servitor might make a main deck in an artifact deck or simply just as a 2-drop filler card. Inner-Flame Igniter is rather unimpressive, especially in multiples. Tukatongue Thallid without any sacrifice outlets stinks.

We have a bunch of mana fixers between the lands and artifacts, let’s note what is worth splashing: 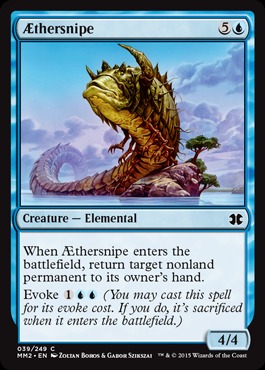 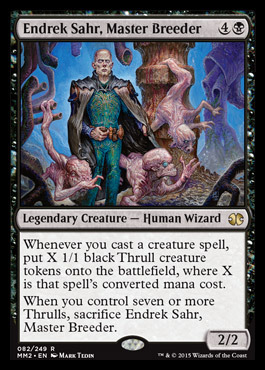 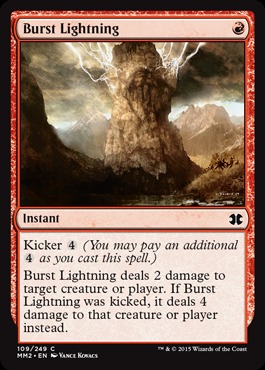 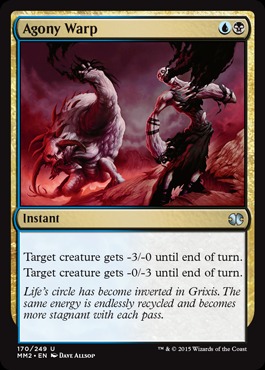 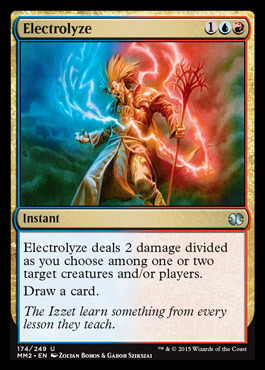 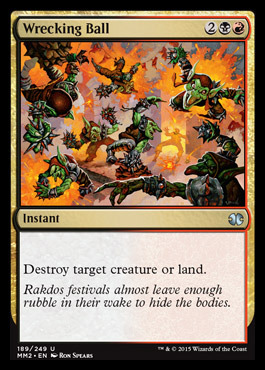 To some extent in a very light removal deck, Sunlance and Bone Splinters could be worthy of splashing. Apocalypse Hydra only if the green is the splash.

Not only is this the most shallow color, it is also very mediocre. Each of these cards are okay in their own archetypes, but not together. As unfortunate as it is, the most appealing cards are Glint Hawk Idol and Sunlance. Keep in mind that we can play Apostle’s Blessing in any deck.

With 13 cards, tied in numbers with black, blue is somewhat deep. There’s only Aethersnipe as “removal,” however Mana Leak and Remand can provide answers. Helium Squirter in conjunction with proliferate is not negligible, same for Vigean Graftmage. Faerie Mechanist, Thoughtcast, and Somber Hoverguard will probably end up unplayable given how bad our white is, but let’s not abandon it just yet, there’s a pile of artifacts.

Pairs of both Duskhunter Bats and Vampire Lacerators start any aggressive deck in the right direction. Grim Affliction is a solid removal spell that makes bloodthirst even more attractive. Endrek Sahr is a bomb. Bone Splinters is not insane, but can be potent, especially if we pair it with some Eldrazi Spawn producers. Instill Infection has “draw a card” written on it, expect me to play at least 1.

Not super deep, but at least it has a clear direction: aggro. With 2 Goblin Fireslingers and 1 Gorehorn Minotaurs, I could see those teaming with the Duskhunter Bats and Vampire Lacerator. Smokebraider is most likely unplayable here unless we really want to get Inner-Flame Igniter going.

Commune with Nature is basically filler unless you want to dig into a creature bomb. Aquastrand Spider is a versatile 2-drop, which pair well with our two blue proliferate spells. Cytoplast Root-Kin was a rare in Dissension for a reason. Bestial Menace is close to a bomb. The two Eldrazi Spawn producers are strong.

At this point we can eliminate Boros Swiftblade, it’s a fine card, but as we saw, white won’t be a consideration. Wilt-Leaf Liege is moving into the green row for the same reason. The red is not very deep, which means Ashenmoor Gouger will most likely be a black card, still it’s much better in RB if that’s possible. Niv-Mizzet is awesome despite forcing us into heavy UR.

Gust-Skimmer is basically a blue card, let’s move it to the appropriate row. Skyreach Manta varies from absurd to Chimney Imp, and with Etched Oracle we might have an incentive to go 4- or 5-color. Myr Enforcer is the reward card you want in an artifact-based strategy, whereas Frogmite is underwhelming unless you have a ridiculous number of low-cost artifacts. Ulamog’s Crusher could possibly make its way into a control deck or green ramp.

Let’s look at some possible builds:

I had great hopes when I started with 2 Goblin Fireslinger, 2 Vampire Lacerator, and 2 Duskhunter Bat, unfortunately, there is too much filler here. 2 Instill Infection is too many. Including Apostle’s Blessing AND Mutagenic Growth is disappointing as well. There should be 16 lands, but I did not have a 24th spell I wanted. For what it’s worth, I think 2 Rakdos Carnarium and Evolving Wilds is too many tapped lands in this kind of deck.

The counter synergy is here, although Duskhunter Bat is relatively hard to turn on, which delays our proliferate spells and most likely makes the strategy way too inconsistent and slow.

I had to build it for the sake of artifacts’ fun factor, still, Frogmite is just too mediocre. I would still like to play the deck out to see if it’s playable, let me know if you had the chance to play with something similar!

This deck needs a 23rd card, possibly Wayfarer’s Bauble or an unexciting Death Denied. The 2nd Instill infection is meh. Vampire Lacerator makes the Duskhunter Bat better, but works awfully with the midrange portion. This build is fine.

I like the synergy and game plan here, the splash is much harder than the above versions since we don’t have on-color bounce lands, but it’s still probably feasible. You can play somewhat aggressive and you also have the ability to go in a long game where you would start adding and moving counters around.

It’s close between the UGb I just talked about and this mixture of nonsense, however I don’t believe that any of the synergy I had was good enough to not make me want to play all my good cards and a seemingly greedy mana base.

I think overall this pool was interesting, I’m hoping you can tell me if there’s anything I missed!