Last weekend featured two Modern Grand Prix. Since they weren’t in Europe, I couldn’t attend, though I was very interested in what my teammates brought for GP Brisbane. It turns out they were working on a Jeskai Saheeli deck that really got my attention.

When I asked Jason Chung what they were playing in GP Brisbane and he answered “Jeskai Saheeli,” I thought the GP was Standard. I started talking about it being a risky choice, since Mardu Vehicles was still in the metagame. He then showed me the list.

This piqued my curiosity, so I decided to try it on MTGO and in a local tournament. I really liked the deck and enjoyed my matches.

Only Anthony Lee, member of Team MTGBentcards, ended up playing the deck. He finished in 28th place. The above is the list I like best—let’s break it down.

You already know about the Saheeli Rai + Felidar Guardian combo, and you also know how good Deceiver Exarch + Splinter Twin was. A combo plan out of a control deck is deadly in an open format like Modern where it’s typically hard to play control—if you get in trouble, you can just win on turn 4.

Saheeli Rai and Felidar Guardian are two value cards that provide card advantage and a solid plan B when your opponent has Abrupt Decay up, while the old Snapcaster–Bolt plan is as good as ever here.

In order to maximize Felidar Guardian you are playing 3 Spreading Seas, a card that I feel is way better than Wall of Omens. The Wall doesn’t block much at the moment, whereas there are plenty of annoying lands. Eldrazi and Tron are two bad matchups for Jeskai Control that become way better between the combo plan and Spreading Seas.

Other cards with strong enters-the-battlefield abilities are Pia and Kiran Nalaar and Vendilion Clique. Unfortunately, legendary creatures aren’t great to copy with Saheeli Rai, but you still get the trigger out of the deal, and you can blink them with Felidar Guardian.

Torrential Gearhulk popped up in the last winning Jeskai Control list, and here it provides even more value with blink effects and the Saheeli ultimate.

Sun Titan could also be a nice addition. Bringing back Saheeli Rai and copying Sun Titan is close to being nuts (you can actually combo off if you have 2 Saheeli Rai in your graveyard), though I think having such an expensive sorcery-speed card can be problematic, and I believe Torrential Gearhulk is strictly better.

You aren’t playing many counters main deck, just 4 Remand. This deck plays the tempo game very well, and we felt that Remand was better than Mana Leak or Logic Knot.

I’m not a fan of Supreme Verdict, though it can get you out of a bad situation and it’s necessary in a control deck.

The mana base is solid, and it prioritizes always having lands that enter the battlefield untapped so that you don’t have any problems with sequencing. That’s why we aren’t playing Spirebluff Canal or Celestial Colonnade.

Sideboarding in Modern is always hard. Sideboard plans are pretty much useless, since there are dozens of archetypes that could be considered tier 1, and there are differences within each one.

The most important thing that I want to make sure to have is 2 Rest in Peace. Dredge is very much alive and well. GP Brisbane was proof of that, with Lee Shi Tian losing only 1 match in 17 rounds to a 75-card mirror match, and Zen Takahashi finishing 2nd. 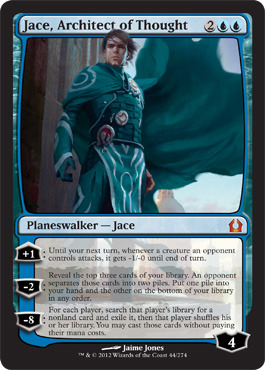 Jace, Architect of Thought was in the main deck for a bit, since planeswalkers work well with Felidar Guardian, but we chose to put it in the sideboard and bring it in against the midrange decks, because our mana curve was already too high. I forgot how good the card was, especially against Lingering Souls.

Blessed Alliance is a concession to Death’s Shadow and Eldrazi Tron, two decks that are rising in popularity. That’s why I chose to cut the Anger of the Gods for a second copy of Supreme Verdict.

If you are familiar with Jeskai Saheeli in Standard, then you will like this deck in Modern. You have plenty of ways to interact with your opponent, with efficient and cheap removal.

Playing Saheeli Rai on turn 3 on an empty board is huge, not only because it slows your opponent down and requires them to hold up untapped mana for answers, but it also chips in for some damage that can add up in the end.

Between fetchlands and shocklands, you aim Bolts at the face way more often than you’d think, and if you have fond memories of Splinter Twin, you can try to go for two plans together and live the good old days once again.