Old-school players will remember this cycle of free spells from Alliances. 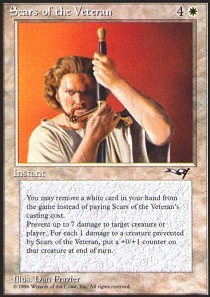 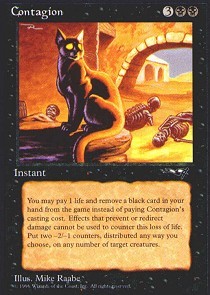 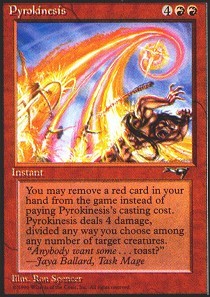 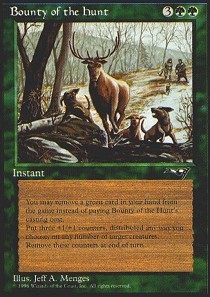 Modern Horizons introduces a new cycle of free spells, with lower costs and an updated design that prevents abuse during your own turn. 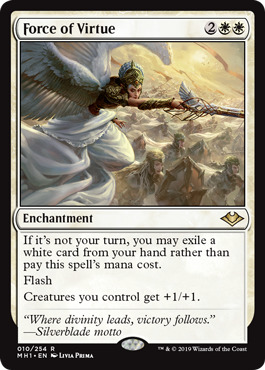 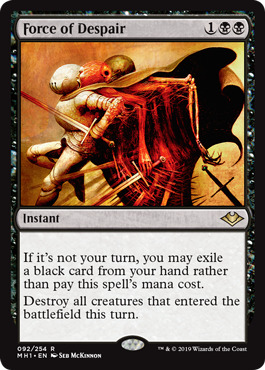 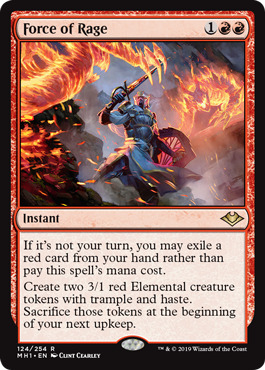 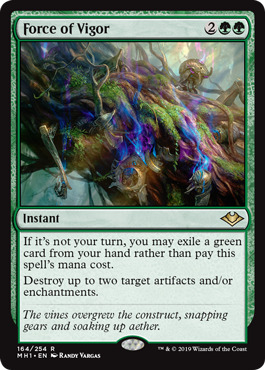 These cards naturally lead to a deckbuilding challenge: how many spells of the corresponding color do you need to consistently cast a Force for its alternative cost?

How Many Blue Cards Do You Need for Force of Negation?

To run some numbers, I must make some assumptions. First, I will assume that we want to cast a Force without paying its mana cost on our opponent’s second turn. This is typically the turn where Goryo’s Vengeance or Neoform may be cast or where an Affinity or Hollow One player may dump multiple creatures onto the battlefield.

The second assumption I will make (for analytical tractability and ease) is that there are no mulligans, card selection spells, opposing discard spells, and so on. Hence, regardless of whether you were on the draw or on the play, when your opponent takes their second turn, you will have seen 8 cards. This helps to establish a baseline number. For concreteness, let’s focus on Force of Negation in a 60-card deck. The number that I’m interested in is the probability of drawing at least one other blue card in the top eight cards conditional on having at least one Force of Negation in the top eight as well.

There are two tricky elements to determining this probability:

Here are the results.

What is a good percentage?

In the matchups where Forces of Negation is at its best (e.g., against Goryo’s Vengeance or Neoform) you really need to be able to cast them early and cast them for free. Otherwise, you may be better off with something like Spell Pierce. From this perspective, I would like to see a high likelihood of at least 90% to have a blue card for Force of Negation on my opponent’s second turn.

All 5 Forces are seeing play in Modern

After sifting through the first week of Magic Online decklists since the release of Modern Horizons, I already encountered all 5 Forces. Let’s look at one example list for each.

Soul Sisters with Force of Virtue

I have also spotted Force of Virtue in Mono-White Eldrazi, but Soul Sisters seems like the perfect home. This deck not only swarms the board with one-drops and Spectral Processions but also easily recoups the card disadvantage via Squadron Hawk or Ranger of Eos. As a result, a “free” Force of Virtue is an excellent way to improve the damage clock. And with 35 other white spells, paying the alternate cost will almost never be a problem.

Mono-Blue Merfolk with Force of Negation

Ragingtiltmonster, 5-0 in a Modern League on June 14

Force of Negation is the best Force in the cycle. It has seen a lot of play already in U/W Control decks, where it can protect a turn-4 Jace or counter an opposing threat while you’re tapped out. I showed such a list last week in my article on Fact or Fiction.

Force of Negation has also shown up in Vannifar Pod, Saheeli combo, U/R Kiln Fiend, and U/W Spirits. But above all, I think it fits Merfolk quite well. Thanks to Silvergill Adept, it’s not too hard to recoup the card disadvantage of pitching a blue spell, and the ability to keep adding Lords to the battlefield while holding free protection against nonsense like Karn Liberated, Wrath of God, or Scapeshift fits the game plan perfectly. And unsurprisingly for a mono-blue deck, you’re 99.9% to have drawn another blue card for Force of Negation on your opponent’s second turn.

Mardu Pyromancer with Force of Despair

Force of Despair is somewhat like Counterspell, and it can wreck an Affinity or Hollow One player when they dump multiple creatures onto the battlefield in one turn. A pure control deck would probably be better off with Damnation, but in a creature-based midrange deck like Mardu Pyromancer or Sultai Snow, Force of Despair seems good. In Mardu Pyromancer specifically, it has great synergy with Bedlam Reveler, as Force of Despair puts another instant in your graveyard for free. And having to exile a card from your hand is not a big downside when you’re refilling with Bedlam Reveler anyway.

In the above list, it’s a one-of in the main deck with 16 other black spells. This yields a 92.0% probability of having a black card to pitch when you hold Force of Despair in hand during your opponent’s second turn. That’s fine, but it relies on the assumption that you wouldn’t cast a black discard or removal spell on turn one, which seems questionable in the context of this deck. In practice, casting Force of Despair will be more awkward than the numbers might suggest.

Burn with Force of Rage

If Force of Rage had said “sacrifice at the beginning of your next end step,” it would have been busted: that would have allowed you to pitch a red card for 6 free damage. Alas, if you want to attack with the tokens, you have to pay full retail, making the card similar to Ball Lightning. Six damage for three mana is a good deal for Burn, but Ball Lightning never saw any play. One reason for that is that Ball Lightning was too easily stopped by a single spot removal spell or first-striking blocker. However, Force of Rage creates two tokens, so it might turn out to be a substantial upgrade.

While you’re usually going to pay three mana during your own turn, it’s useful to have access to the alternative cost. This could come up, for example, when you have a land-light draw and are in a damage race against an opposing creature deck. Or when you need to ambush Primeval Titan. And there’s also the super-secret mode of exiling your opponent’s Bridge from Belows in your next upkeep. All these fringe options combined make for an intriguing card.

Amulet Titan with Force of Vigor

Force of Vigor is the perfect answer to Blood Moon. For Amulet Titan players, it reduces the need for such cards as Coalition Relic, Karn, the Great Creator, and Negate. And with 19 green cards in the main deck, you should nearly always have a green card to pitch: it’s 96.4% on your opponent’s second turn and 97.9% on their third turn.

I have also seen Force of Vigor in the sideboard of Infect, where it might deal with cards like Chalice of the Void. Oh, and Affinity players hate this new Force. It’s not as bad as Stony Silence, but a zero-mana double Ancient Grudge is still unfair.

As a final note, remember that Force of Vigor doesn’t get around the Karn, the Great Creator plus Mycosynth Lattice lock because Lattice makes all green cards in hand colorless.

If you want to be at least 90% to have a blue card to pitch when holding Force of Negation during your opponent’s second turn, then you can accomplish this by running 2 Force of Negation and 15 other blue spells.

All in all, the new Forces are much-needed safety valves, and Modern Horizons is shaking up the Modern format in various ways. I can’t wait to see what comes out of the Red Bull Untapped tournaments on 6 & 7 July—the first major Modern events with the London mulligan rule—but several Forces in the Top 8 wouldn’t surprise me.