The title of this article was up in the air until the very last moment. Titles I considered were, “The Day I Missed Hall of Fame on Resistance” and “My Kingdom for 1 Extra Match Point.” Unfortunately, this was the most fitting one. To put it mildly: I wasn’t playing my A-game. It wasn’t pretty, but I just kept winning. 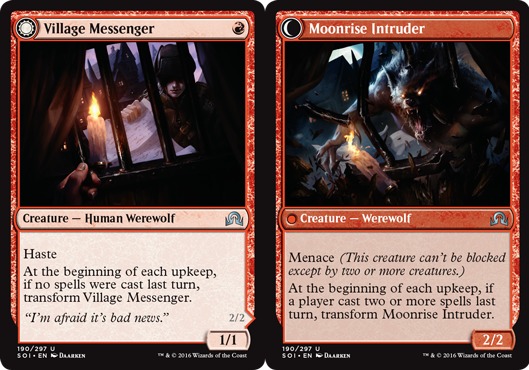 The worst was probably when I “reminded” Gerry Thompson that he had forgotten to flip his Village Messenger last turn, only for him to respond with, “You mean the turn you played Fatal Push?”

Luckily, most of these mistakes (except for the Relentless Dead one and the scry) were made when I was either far ahead or far behind. If the mistake doesn’t matter, does it still count as a mistake? The answer is obviously “yes,” and there is no excuse for making such stupid mistakes. Some people asked how I could make such stupid mistakes. I have no idea. Maybe it was because I wasn’t expecting to do well at the tournament? It’s not like I don’t know I should be returning my Relentless Dead if I have the mana for it—it’s just that I wasn’t focused. I felt like whenever there was a decision to make, I was mostly making the right one, but if I had been focused as well, who knows what could have happened…

Anyway, let’s talk about Standard testing and how I (and some others) arrived at “Ifnir Black” (or Mono-Black Zombies if you insist). My team for the PT consisted of 10-ish Belgians, Dutchies, and a single Czech (Martin Hrycej). We even had our own Hall-of-Famer in the form of Bram Snepvangers! Bram insisted on being the scorekeeper during testing, and he would keep track of all results. Every night, he’d share really useful information with us, such as: “We can easily discard B/G Delirium as we tested it and it loses every matchup.” When asked for those matchups he’d reply with: “Well, it lost 2-3 against 4c Emerge and 0-4 against U/R Control.” Good thing I verified.

Most of us didn’t have a preference when it came to Standard, except for the heavy-hitters on our team (Niels Noorlander and Peter Vieren), who were mostly interested in U/R Control as they had played it at previous GP/PTs. That was until we started testing Ramunap Red and quickly figured out that it was as powerful as we feared. Even our “bad” version (with red Cartouche and Bushwhacker) was beating pretty much everything we threw at it. After playing a couple of matches with the deck, Niels started screaming, “This can’t be true…! Why does something like this even exist? So much for me making Gold”.

On Monday night Peter and Niels had abandoned the U/R ship. To say they were depressed would be an understatement. When asked what they’d play if the PT was tomorrow, they’d answer, “We couldn’t play the PT if it was tomorrow—we have no deck.” Peter added that there were too many decks in the format and that it would be impossible to build the right list for U/R Control anyway. I was pretty happy that they moved away from U/R Control, as it was pretty much the only deck in Standard I would never play. Unfortunately, I couldn’t play Mono-Red either.

After failing miserably with Mono-Red at my last PT, I had promised myself never to play that type of deck again at a PT. That “promise” was coming back to haunt me as I wanted to play the best deck, and it turned out that deck was Mono-Red.

Tuesday started with me building this sweet looking B/u Zombie list with The Scarab God himself and everyone’s favorite Crocodile Ammit Eternal. The deck was actually performing well against Mono-Red. The games we’d lose were mainly to our lands coming into play tapped. The Scarab God gave the deck another dimension, but it seemed like the mana base was too much of a pain, especially if people were going to play Mono-Red. The move to Mono-Black Zombies came quickly. The good thing about starting with the B/u list was that our deck never had Metallic Mimic, a card I never really liked anyway. In the beginning we still had Diregraf Colossus instead of Lord of the Accursed, but the Crocodile just didn’t pair very well with Diregraf Colossus. You want to jam both of them on turn 3, which is obviously not possible, whereas Diregraf Colossus and Lord of the Accursed are a match made in heaven. 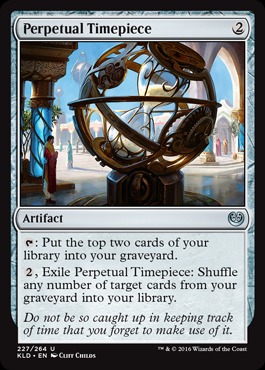 After playing a couple of other matchups, I was pretty much sold on playing Zombies at the PT. If I couldn’t play Mono-Red, Mono-Black seemed like a great alternative! The only two matchups that worried me were U/W God-Pharaoh’s Gift and U/R Control. The first deck I actually briefly considered myself, especially after adding Perpetual Timepiece to the deck. Unfortunately, we never added main-deck Sunscourge Champion, which could have pushed the deck over the edge. Now it felt a bit too inconsistent and too heavily dependent on God-Pharaoh’s Gift in a world full of Abrade.

While Niels Molle and I were pretty much set on Zombies, Peter and Niels Noorlander went back to U/R Control. At first it seemed like a desperation move as they couldn’t really find anything else they liked. But when they saw Niels and I were on Zombies, they actually started liking U/R Control again. They were hoping that more teams would find that Zombies was good against Mono-Red and they’d get paired against that all day. I wasn’t all that surprised when they went back to it. What did surprise me was that they were able to convince 3 other people on our team to play the deck as well. Needless to say, that wasn’t a very good choice when 1/4 of the field was playing Mono-Red.

On Wednesday I made the wise decision to skip testing and enjoy Japan for a day. This helped keep me from feeling insecure about my decision to play Zombies. I’m sure many of you know the feeling you get when you’ve decided on a deck but start losing with it… it’s pretty much the worst feeling in the world just before a PT. So I wisely decided that Wednesday would be a day of Pachinko, arcade games, and floating Coke. I’d been to Japan a couple of times before, but the country never ceases to amaze me. Everything is immaculate. Technology seems to be 10 years ahead. The food is great and not all that expensive (despite me not liking sushi). While I was walking the streets of Kyoto, Niels Molle was testing Mono-Black Zombies like a maniac. Our main deck never really changed all that much, but our sideboard improved significantly thanks to Niels. After a full day of tuning the list on Thursday, here is what we ended up with:

In the end 4 of us played Mono-Black Zombies, while most others on the team played U/R Control. Bram and Alex went with their own creation: a B/W control deck featuring 4 main-deck Gifted Aetherborn. I didn’t really like the deck, and it turned out I was right. They only put up one win in Standard between the two of them. At least Bram’s record fit the deck quite well, as our scorekeeper decided to drop once he turned into a Walking Wall. Poor Bram.

Of the 4 people that played Mono-Black Zombies, I had the best record, going 8-2, with my two losses being against to the U/W Gifts deck. Niels did quite well himself, going 6-4 and locking up Gold in the last round.

As for the deck, the only thing I’d change in the main deck is add a second (and maybe even third) Ifnir Deadlands for 1 or 2 Swamp. Playing only 3 Dread Wanderer seems odd, but they never really impressed me. The biggest problem with the Wanderer in this metagame is that it comes into play tapped. This didn’t matter all that much before, but against Mono-Red it is relevant often. On top of that, Wanderer is bad in the mirror and against B/G, two matchups I’m expecting to face in the coming weeks.

As for the sideboard, I’d cut the 2 Collective Brutality and the Essence Extraction for a second Murder (mainly against opposing Flagships), a fourth Grasp of Darkness, and a second Never // Return (both against Mono-Red). I’d like a second Skysovereign, Consul Flagship as well, mainly for the mirror, but I am unsure if I can cut the Scarab Feast at this point. If the U/W Gift deck doesn’t become popular, they seem like a safe cut. If it does, something else has to go. Collective Brutality and Essence Extraction were a concession to Mono-Red but since Mono-Red sideboards into more of a midrange deck, they’re not even that good. Instead, I’d rather have more answers for Chandra and Glorybringer.

I was planning on adding a sideboarding guide to this article, but Andrea Mengucci already covered that in his latest article and I agree with pretty much everything. Make sure to check out his article if you’re looking for some more information on how to play Mono-Black Zombies.

Before I go, here are just a few more tips and tricks when playing the deck (Andrea Mengucci added some of them as well in his article):

I feel like Zombies will be a good choice in the upcoming weeks. It has a good Mono-Red matchup and is also well positioned against B/G Energy or Delirium (which seems to be another deck that has a decent Mono-Red matchup). But in a couple of weeks when people will figure out the right way to build U/R Control, or come up with a better version of the U/W Gifts deck, it might be time to play something different.

Marijn Lybaert has been playing Magic for 14 years, with many accomplishments to his name, including 4 Pro Tour Top 8s, 3 GP Top 8s, and 8th at the 2013 World Magic Cup. He is now a member of the European coverage team.