At the end of 2017 I wrote an article titled “Every Paper Magic Format Ranked.”

Here’s the summary of how I ranked the formats at the end of 2017.

As we approach the end of 2018 I wanted to reprise the series and improve upon the initial concept. Instead of giving the formats arbitrary rankings that were based on my own opinions, I wanted to find a way to open it up to get a sense of what people really enjoy. So, I asked the question, “What are your three favorite Magic formats right now?” on my social media.

As I’m writing part 1, I’ve already gotten over 100 responses across various platforms, but I realized that I wanted to give as many people as possible the opportunity to vote for their favorite formats. I’d love to hear your picks in the comments section at the end of the article, and you can vote in the survey!

I’m trying out a “vote for three” method as I think it creates a broader picture of which formats people are playing and enjoying right now.

The first and most important thing I want to stress is that an article like this is a celebration of Magic and the different ways we love to play it. Of the formats people have voted for thus far, I’ve played nearly all of them this year, and there isn’t a single one that I think is in a bad place right now.

One lesson I learned from last year’s article was that I wanted to incorporate more of the niche formats rather than focus solely on the large competitive formats. There was a large gap between the top 10 vote getters and the rest of the field, and so today’s article will focus on some of Magic’s most fun but also most specialized formats.

Next week, we’ll get to the big dogs, but if you are looking for a sweet new format to try out, you may very well find it here today! Each of the eight following formats have an avid fan base and tons of content to explore. I’ve included some links to help you get started.

Okay, let’s start things off with a very cool but very niche format: Vintage Artist Constructed. The idea is that you choose a Magic illustrator and every card in your deck must be illustrated by that person. Neat, right?

You can read more about the format here.

I love that formats like this exist and that people play and build communities around them. There is something amazing about playing Magic on your own terms. I love that this format recognizes and celebrates some of the truly unsung heroes of the game: the artists!

I’d have to go with Mark Pool. Who would you pick? Interesting question, right?

Do you ever find yourself playing Standard and think to yourself, “wouldn’t it be better if all my spells had cascade”? Well, now they do:

Basically, the first spell you cast each turn has cascade. It certainly changes the dynamic of how things play out. I haven’t played this myself but I’ve watched a few videos and it looks like a blast.

The basic premise is that you have a random stack of cards and every card can become any card with the same mana cost. 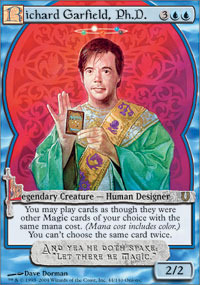 I’ll always have a soft spot for Mental Magic. I used to play the format all the time (and many other random niche formats) with Patrick Chapin back when he lived in Michigan. I have very fond memories of 2008 Nationals. Mike Flores wanted to play Mental Magic with Chapin, and Patrick said, “if you can beat Brian you earn the right to play me.”

I’ve never met Mike before, but I’ve read his articles. He laid out the list of cards that are banned for the match: No Fact or Fiction, no Enchantress… I agreed to all of his terms and just combo’d him out on turn 2 multiple games in a row.

Patrick was in the background laughing his head off. We had been breaking the format all summer!

If you want an interesting twist on Mental Magic, try playing with only Standard- or Modern-legal cards.

2HG is a DCI sanctioned multiplayer format. You don’t hear that every day! I actually make a point of trying to play 2HG at every prerelease and for good reason: it is a truly unique play experience. 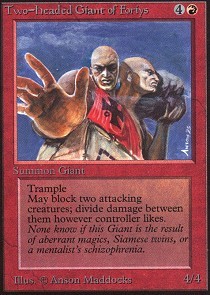 You can learn more about Two-Headed Giant here.

As an aside, I’m pretty sure that I’ve been part of a Two-Headed Giant duo with most of my best friends. It’s a format that is vastly improved by partnering up with a good friend and so it makes sense why a decent amount of people would put it on their ballot.

Do you have a pack and a friend? Game on.

I lumped these formats together because they are all variations of “a game of Magic where your deck is a single booster pack.”

Mini-Masters can range from a fun way to kill five minutes to a full-on community side event at a Grand Prix that incorporates hundreds of players!

You can learn more here.

Mana is no longer a constraint. Have as much as you want. Have infinite.

The catch? It’s multiplayer, everyone has infinite mana, and each player can only cast one spell per turn.

I have played a lot of Type 4 over the years and it was honestly very close to making my ballot. 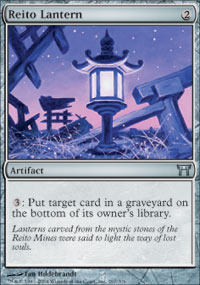 “There is a light that never goes out.”

I was part of a 10 player Type 4 game where the entire stack was put face up on the table and drafted off. I had always contended that Reito Lantern was the best card and got openly mocked for my eccentric opinion.

I was lucky enough to get first pick overall and selected the Lantern. They all laughed at me.

“Dude nobody was going to pick your stupid Lantern.”
“It doesn’t matter. I can’t risk it.”

I won the game by looping infinite cycling cards with the Lantern.

If you ever want to be entertained by crazy stories about absurd card interactions, ask a Type 4 fan about the craziest play they’ve ever made. The things they say will blow your mind.

Only a Type 4 player will ever start a story with a sentence with, “So, there were six Mindslaver activations on the stack…”

This is one of my all time personal favorite formats, although I’m clearly biased since I invented this one!

It’s kind of like a Cube that you don’t draft. Each player gets their own set of 10 lands (5 basics and 5 ETB tapped duals) and draw from the same random deck of preselected cards. It’s sort of like Magic in a box. You and a friend can sit down and start playing with zero preparation, drafting, or deckbuilding.

I haven’t written an updated article for the format since July, but this includes the basics to get started if it sounds like something that interests you.

I’m also a huge fan of Old School Magic and wanted to incorporate that into my Battle Box experience. I’ve gotten a lot of requests for an updated Battle Box article but the truth is I haven’t updated my stack for a few sets because I almost exclusively play my Old School Battle Box these days.

If you are a fan of Old School formats, this might be something worth investigating. I love the way that it allows the “neat old cards” to really shine without having to worry about losing to The Deck.

There can be only one! But there is more than one way for there to be only one. Sounds like a riddle to which the only answer is more Highlander cowbell!

Highlander is a format that is all about the customization. Not only with regard to deckbuilding, but also to selecting which Highlander variant you will play!

I am a huge fan of the Singleton Standard on MTG Arena. I’ve been playing that quite a bit on Twitch and really enjoy it. Come challenge me. I’m always down for a game.

The 10 big vote getters were as follows, and I’m curious and excited to see which ones will get the most votes.

I honestly couldn’t fault somebody for saying any one of these 10 fine formats is their favorite. Also, if there are any niche formats that I’ve missed (and the 100+ voters also missed…), let me know! I’m certainly not trying to exclude anybody.

I’d love to do a breakdown of some of the most popular variants. So if there are particular variants you’d like to see covered (for instance, Combo Cube), let me know via social media or in the comments section.

In the next article, I’ll tackle the biggest and most popular formats in the game but for today let’s take a moment to appreciate the some of Magic’s most interesting and most specialized formats.