Slivers is the synergy deck to end all synergy decks. Each Sliver is mediocre on its own, but grows more and more powerful with each one you add to the board. At the end of the day, you’re looking at a deck that packs 31 Slivers into the main deck with another 15 in the sideboard to customize for whatever matchup you might be facing.

The non-Slivers in the deck are just as valuable as the Slivers themselves. While you have 20 lands and a single removal spell in Dismember, it’s the ways you have to get these many-colored Slivers into play in a timely manner that make the deck excellent.

Aether Vial comes down turn 1, and the threat of activation will affect the entire game. Any time Vial gets tapped, you stand to add a plethora of abilities to the battlefield. Each Sliver grants its abilities to every other Sliver, meaning the course of the battlefield changes with every moving piece.

Collected Company gives you card advantage and selection. Over half of your deck is made up of Slivers, so not only are you a favorite to hit a pair of creatures off Company, but you’re also likely to have choices of what adds the most to the battlefield.

Breaking down the Sliver choices isn’t going to add much. You don’t need me to tell you that giving first strike to all of your creatures is a good thing, and that’s all that some Slivers are going to do. Instead, let’s break them down by value and the Slivers that are least likely to come out after sideboard. Let’s kick things off with these 4-ofs in the main deck: 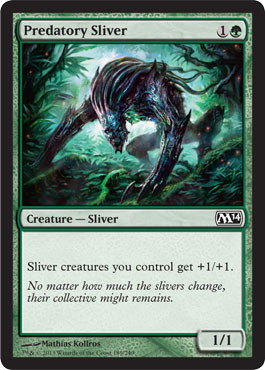 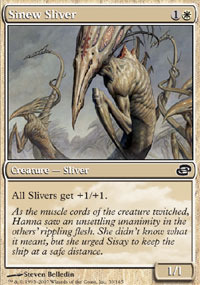 Predatory Sliver and Sinew Sliver are functional reprints of the old favorite, Muscle Sliver. These are your big guns. You’ve seen in tribal decks throughout time how important lords are, and these 2-drops that pump your entire team are a massive threat on turn 2, as is coming off of a Vial or Company as a combat trick. 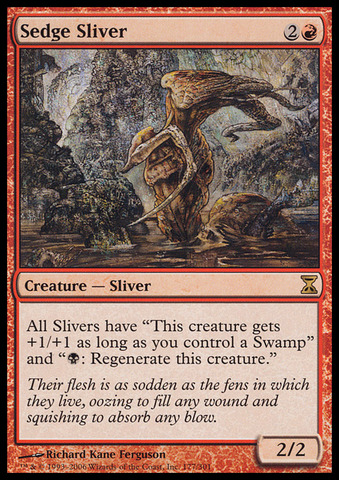 Sedge Sliver is similar to Predatory and Sinew, but it does require you to have a Swamp on the battlefield. You don’t have a ton of those, as the deck is only running 6, but this thing is insane when you do. Regeneration makes it extra hard to get this off the board, and Urborg, Tomb of Yawgmoth with your Sedge Sliver is lights-out. 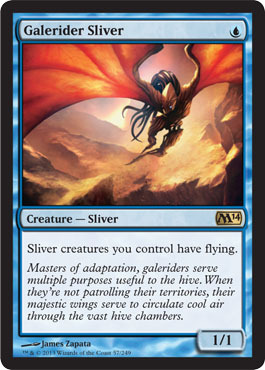 The only other creature to get 4-of treatment in the main deck goes to Galerider Sliver. Not much to say here as giving your entire team flying is unbelievably strong. 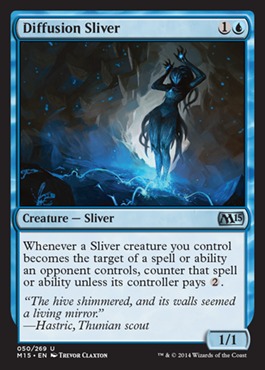 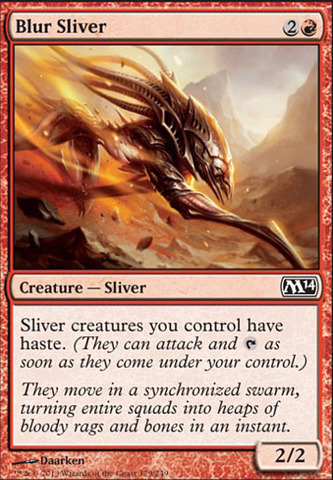 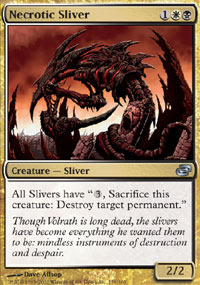 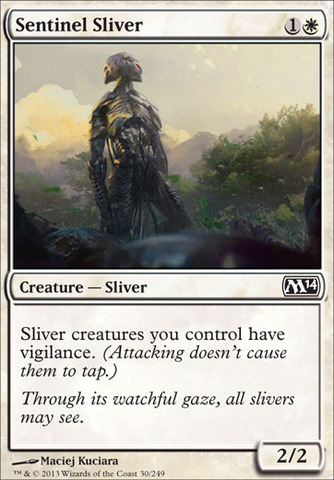 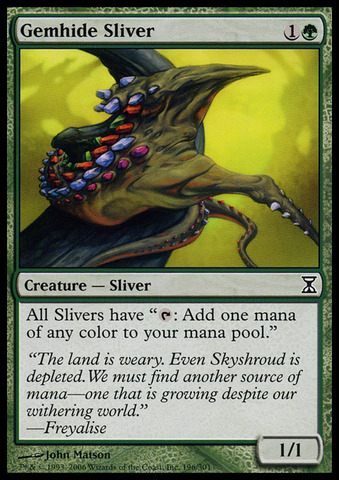 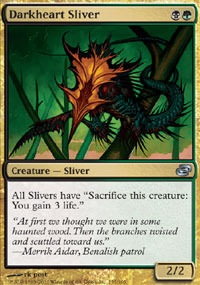 The rest of the Slivers give you various utilities, but can come out in different matchups. Diffusion Sliver is excellent against removal, but being a 1/1 for 2 mana is definitely on the weaker side. Still, it’s a true MVP when you can flash it into play in response to removal, so don’t forget about this option. Blur Sliver’s haste is amazing, but it doesn’t stack well. Necrotic Sliver gives you some unconditional removal, but it’s a 2/2 for 3 and mana-intensive. Sentinel Sliver can be great in a race, giving the team vigilance to completely change the math. Gemhide Sliver can help you cast your 5 colors worth of spells and accelerate into a Company. Darkheart Sliver also helps in races, and can really throw off an opponent going all-in!

The sideboard is filled with crazy Sliver options to customize your deck in a variety of matchups. The cards in this deck work well together and, despite being rarely played, it continues to put up results in Modern!