The U/R shell has spawned quite a few decks in Modern in the past year. Using Through the Breach and Emrakul is a great combo finisher for a “kill condition,” but an Emrakul hit doesn’t always actually kill your opponent. Using Kiki-Jiki and the former Splinter Twin creatures is a sure way to win the game, but smaller creatures are fragile in Modern. One deck that has been picking up in popularity across the Modern Challenge and 5-0 deck lists is Madcap Moon.

4 copies of Madcap Experiment give you consistent access to this win condition. With no other artifacts in your deck save 2 copies of Platinum Emperion, you have insurance against drawing one while also being able to find a second copy should you need a faster clock. Because Emperion says you don’t take damage, the Madcap Experiment won’t cost you any life. There are a number of decks that can’t deal with an Emperion, so you can either start attacking for 8 or burn your opponent out from there. Against other decks that have access to cards like Path to Exile, Cryptic Command, and Kolaghan’s Command, things aren’t quite as simple.

One way to hose potential answers is by resolving a Blood Moon. While many Cryptic Command decks run their own Blood Moons, an early Moon can still scuttle their chances of ever finding triple-blue. This can also be a way to shut off answers to Emperion or simply slow an opponent down so that your 1-for-1s and 2-for-1s can take over the game. 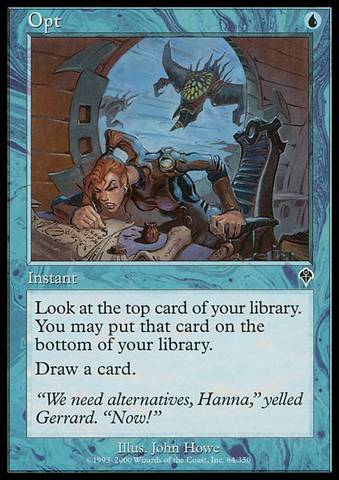 With a nice lock piece in Moon and a 4-mana sorcery that can effectively win the game in many matchups, card selection is paramount. For these reasons, you go all-in on both Serum Visions and Opts. These cheap ways to see lots of cards help your deck reliably execute the same game plan every time.

Snapcaster Mage provides the card advantage. It combos well with your cheap card draw, and it’s a great tempo play. Combined with your many burn spells, Snapcaster Mage can effectively put a game away by going upstairs and swinging for lethal.

Vendilion Clique makes sure that the opponent can’t disrupt your Madcap Experiment while cracking in for some  damage. Taking 3 points swings at the opponent is nice in a deck that features Lightning Bolt and Snapcaster Mage to finish the game.

Lightning Bolt is the best and most efficient burn spell in Modern. It’s cheap, trades up, gains tempo, and does a good amount of damage to the opponent. Electrolyze gives you a way to clear out some small creatures while staying up on cards. 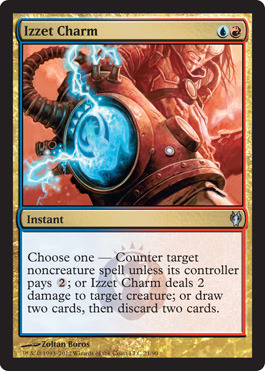 In a deck that’s looking to protect Platinum Emperion from the few spells that can deal with it, you’ll want some hard countermagic. The problem is that protecting a creature off of a 4-mana sorcery isn’t always easy. Instead, you have Cryptic Commands as a hard counter or way to tap the opponent out to swing for lethal and Remand as a key tempo play. If you only have to stay alive to get an Emperion down to win the game, then Remand functions similarly to Time Walk. Blood Moon also combos very well with Remand to make sure the opponent either can’t cast multiple spells or can never cast the spell sent back to their hand again. Spell Snare gives you some additional early interaction while Izzet Charm combines card selection, mediocre removal, and another cheap counterspell option.

Madcap Experiment isn’t the most effective win condition against all that Modern has to offer, but it’s a quick clock that guarantees victory in enough matchups to shine.

TSPJENDREK, 5-0 in an MTGO Competitive League