As Eldritch Moon comes around the corner, I’m going to turn my attention to some of the older formats. Standard is about to get a face lift, so if there’s any deck you’re looking to hear more about from Modern, Legacy, or Vintage, let me know.

As for what I’m interested in, it’s the Competitive Legacy Leagues on Magic Online. Going 5-0 qualifies you for the Legacy Festival Main Event, which happens to have some pretty substantial prizes attached to it!

After looking through some of the results, Delver and Miracles appear to be the decks to beat. No surprise, as they’re both resilient and powerful archetypes. One particular UR Delver deck really caught my eye, however.

It had the usual assortment of cards you would expect to see. Delver of Secrets, Young Pyromancer, and Snapcaster Mage are just some of the creatures highlighted. All are cheap threats that work well in a deck filled with lots of cheap spells and a low land count.

Brainstorm is the best card draw spell, while Force of Will and Daze are the perfect interactive spells for a low-land-count deck. Lightning Bolt is a no-brainer as a 1-mana removal spell in a deck with Delver of Secrets, Young Pyromancer, and Snapcaster Mage. Gitaxian Probe is an absolute pillar now as a free way to get bonuses out of all the commonly played cards, not to mention some information. 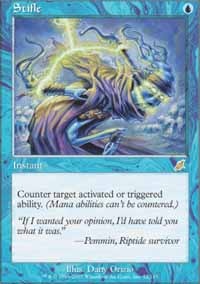 This deck has a different twist, however. Stifle is a card that used to be heavily played in Delver decks, but has lost some of its favor. It counters a number of important abilities in Legacy, the most prominent of which is certainly that of fetchlands. A 1-mana land destruction spell is a pretty awesome piece of interaction that can also help against Miracle triggers, Storm triggers, or just other lands like Wasteland. 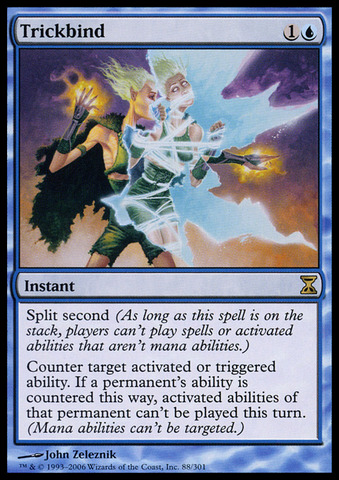 It stands to reason that if fewer people are playing Stifle, there will be even fewer who are going with the split second version in Trickbind. But if Stifle is a spell you want, Trickbind might fit the bill even better. It costs an additional mana to cast, but you avoid opposing counters. 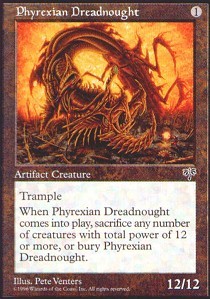 With all the Stifles and Trickbinds, what’s better than playing a 12/12 trampler for a single mana? Phyrexian Dreadnought was a popular creature long ago in decks that already wanted to play Stifle, but it hasn’t seen the light of day in some time. A turn-2 Dreadnought plus Stifle is going to win the game in 2 turns against just about anything, and you even have Daze, Force of Will, and additional Stifles to help protect it!

This is a pretty innovative take on a popular archetype, and it involves some of my favorite cards from the history of Magic. Take it for a spin yourself in the Legacy queues!

GOYOBEANS, 5-0 in an MTGO Competitive League