Throughout the decade, Standard players have gotten to enjoy playing various incarnations of “Super Friends,” a strategy that utilizes a bunch of planeswalkers in conjunction with cards to aid the Gatewatch. With some new additions to the team, we’ve got  another winning recipe. 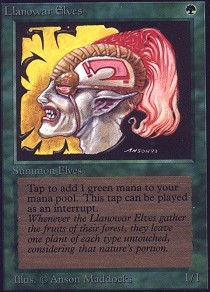 One way to make sure the Super Friends are successful at doing their jobs is to use mana acceleration to get them down ahead of the curve. Llanowar Elves is one of the most important cards in Dominaria. While it will only produce green mana and you’ll have to work to make sure that you can produce the other colors you need, Llanowar Elves does a great job of helping you get off the ground, giving you the ability to cast a turn-2 planeswalker, and when that’s not happening, you also have Servant of the Conduit. While Servant won’t produce mana every turn of the entire game like Llanowar Elves will, Servant can fix your mana and make sure you’re doing something powerful on turn 3. 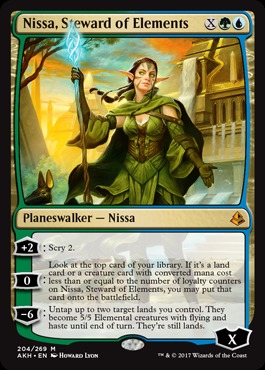 The planeswalkers start with Nissa, Steward of Elements. A Nissa on 1 can give you a scry, jump up to 3 loyalty, and press your advantage throughout the game. Nissa also works later in the game as a mana sink that can serve as a win condition. Gideon of the Trials is another 3-mana planeswalker, but since you don’t actually have any way to play a G/W dual on turn 1 to play Llanowar Elves into Gideon, you can’t quite live that turn-2 Gideon dream.

As you move up the curve, your planeswalkers add some pretty critical abilities. Turn-3 Dovin Baan can shut down attackers or start drawing cards immediately. At 5, you’re getting one of the best cards to come out of Dominaria in Teferi, Hero of Dominaria. Teferi is yet another card draw engine that also makes sure that you have your mana available for some instant-speed interaction. If the opponent has their own critical threat, Teferi can play the role Chandra, Torch of Defiance has been doing for so long by putting an end to that. While Teferi doesn’t actually kill anything with its minus ability, putting it 3 from the top of an opponent’s library is often just better. 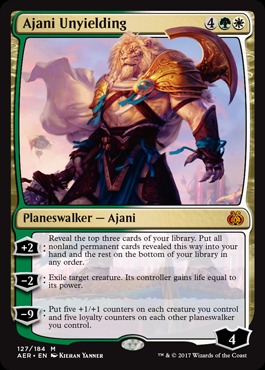 The top of your Super Friends curve is Ajani Unyielding. Ajani is yet another card advantage machine that can help control the battlefield. You can exile problematic creatures, or just refuel. 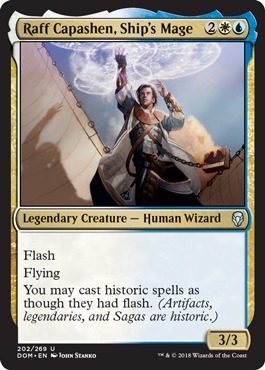 Raff Capashen is going to be a major player in Standard. A 3/3 flash flying creature for 4 is already a decent rate and more than capable of ambushing a creature in combat. This deck is also filled with legendary spells, so giving them flash gives you lots of options and the ability to always play at instant speed. While playing a planeswalker during your opponent’s end step often won’t be optimal since you can’t use the ability on their turn, it does allow you to untap with the planeswalker and all of your mana available to help guarantee that it lives.

Another nice, new, legendary permanent that you can flash in with Raff is Lyra Dawnbringer. The new Baneslayer Angel dominates every battlefield and demands an immediate answer.

You also have plenty of removal that can all be cast at instant speed. The best of the bunch is Seal Away as a way to exile an attacking creature for just 2 mana. You can play it proactively on your turn or wait for the creature to come in to get rid of it. This plays extra well with Teferi as you can tap out, draw a card, and then untap two lands to have Seal Away available to protect your planeswalker. Settle the Wreckage really punishes opponents trying to get around your many defensive planeswalkers, and Cast Out can stop any threat you couldn’t deal with otherwise. 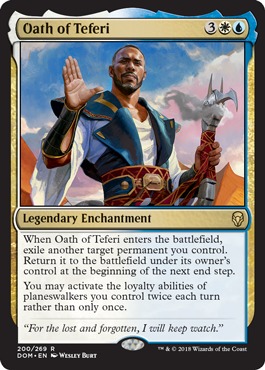 One of the most exciting cards in this deck is Oath of Teferi. This is expensive and doesn’t do a ton at first glance, but it could wind up being a real game-changer. In a deck full of planeswalkers, you can start activating them multiple times per turn. This lets you really control the board while also ramping them up to insane ultimates. All of that extra loyalty creates an unbeatable position, and you even get to tutor up one of your best cards!

Bant Super Friends looks like an awesome way to win in this new Standard format, but I have a feeling that there will be many different incarnations of decks with Teferi and his Oath yet to come!

CSMIDY, 5-0 in an MTGO Competitive League