The Standard Showdown continues to showcase some super sweet deck ideas. While I want to point out that I don’t feel many of these lists are perfectly tuned, or sometimes even close, they all show what the format is capable of. With some time, many of them could result in an incredible product

Planeswalkers are powerful. They often take over the game, and always require an answer. There are decks in the format that can’t deal with them, so a deck with 17 of these bad boys and girls is intriguing.

Oath of Nissa is the only 4-of in this list. With 17 planeswalkers in the deck, it makes sure you have all of your colors when trying to resolve your big guns. This also allows you to dig to find the best planeswalker for the situation, or a creature or land in a pinch. 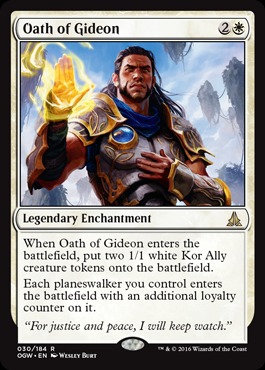 Oath of Gideon is a sweet way to protect your planeswalkers and get them even further out of your opponent’s range. Being one step closer to ultimate is another nice bonus. Of note, the newly previewed Oath of Ajani might be a strong Aether Revolt addition for a deck like this down the road.

As for the planeswalkers, we start with those that can create an army to protect the Gatewatch. Nissa, Voice of Zendikar and Gideon, Ally of Zendikar form the framework for the very successful GW Tokens decks of Standard from the past year.

So many of the planeswalkers pull double-duty, protecting themselves while providing a huge card advantage engine. Nahiri, the Harbinger removes problematic permanents while rummaging toward more action. 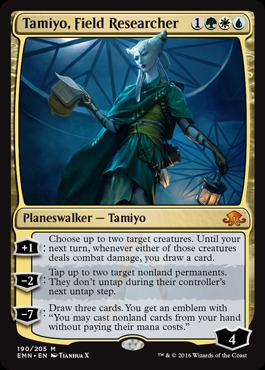 Tamiyo, Field Researcher can keep opposing creatures tapped down or draw some cards by targeting yours or your opponent’s creatures.

Chandra, Torch of Defiance will typically take down a creature before ticking up to draw extra cards and deal some extra damage. The same goes for Dovin Baan, Ob Nixilis Reignited, Jace, Unraveler of Secrets, and the big gun himself: Sorin, Grim Nemesis.

Nissa, Vital Force can bring back planeswalkers from the graveyard, allow lands to protect your planeswalkers and attack, or ultimate for the biggest card draw engine. With an Oath of Gideon, you can ultimate the turn Nissa enters the battlefield.

Chandra, Flamecaller can clear the board, end the game, or turn excess cards in your hand into more action. Your late game is certainly covered. 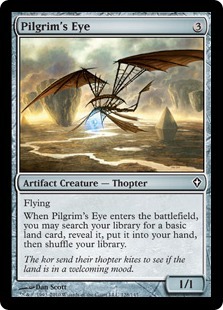 With Servant of the Conduit to accelerate you and fix your mana, Pilgrim’s Eye to continue fixing your mana, and Emeria Shepherd and Emrakul for the endgame, you have a number of powerful options. Those bigger creatures are pretty sweet hits with your Nahiri ultimate!

With some mana fixing sorceries and Cultivator’s Caravans as well as sweepers in Fumigate and Descend upon the Sinful, 5-color Superfriends has a number of options to get to the late game where you’ll always have the most powerful options available!