Last week, the Chinese language version of the Dominaria release notes (involving 142 out of the 269 total cards in Dominaria) was inadvertently posted by Wizards of the Coast. To prevent inaccurate translations from making the rounds, the correct English language version was released several hours later.

Among these Dominaria cards are two exciting versions of some of the most iconic instants in the game: Lightning Bolt and Counterspell.

You just need to control a Wizard.

How many Wizards do you need to turn Wizard’s Lightning into Lightning Bolt?

I can, of course, ask a similar question for Wizard’s Retort. These questions are similar to my exploration of how many legends you need to activate Mox Amber reliably. Today, I’ll set up a simulation under the same assumptions as the Mox Amber one, with two minor differences. First, the mana base is slightly different (I’ll consider a 60-card deck with 24 lands, 4 Wizard’s Lightning, and a certain number of Wizards), which combined with my rule to mulligan hands with 0, 1, 6, or 7 lands has a small influence on the conditional probabilities. Second, I won’t be able to both cast Wizard’s Lightning on turn 1, so instead I’ll consider turns 2, 3, and 4.

Here are the results.

Having determined these probabilities, the next question is what a “good” number would entail. Or rather (since more Wizards is always better) what a reasonable minimum would be. Traditionally, I want 80-90% consistency, but I don’t mind going lower when the fail case is still acceptable. Since Open Fire and Cancel aren’t completely embarrassing in Standard, I would also be fine with 70% consistency or so.

Of course, this number depends on which turn you’re interested in, and I would argue that you don’t need the cost reduction as early as possible. The main value comes on turn 3 or 4, when a Lightning Bolt or Counterspell allows you to “double-spell” and get ahead on board. You don’t need to cast these cards on turn 2, per se.

With all of this in mind, I would suggest 8 or 9 Wizards as a minimum. Most of them should cost 1 or 2 mana. With 8 cheap Wizards, you get a 71.2% probability of a cost discount by turn 3, and 75.9% by turn 4. If your deck contains several card draw spells, as is likely, then the reliability will be slightly higher in practice.

Note that if removal spells are prevalent in the format, then you can’t expect your Wizards to live. In that case, it would be wise set the minimum for deck construction higher, perhaps at 11-12 Wizards. The context of the format matters.

Do We Have Enough Wizards in Modern?

Here are, in my view, the best blue or red Wizards in Modern costing 2 mana or less: 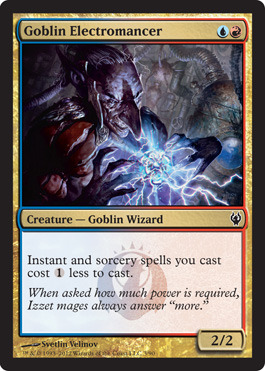 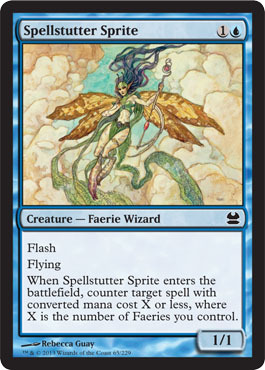 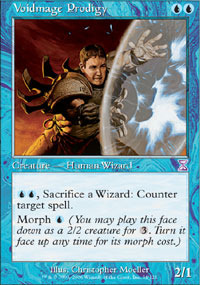 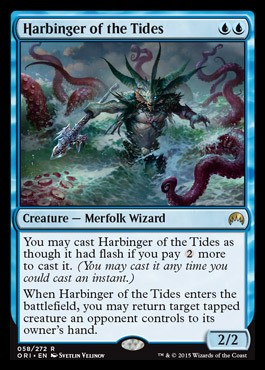 There are, of course, many other Wizards in Modern. Higher up the curve we find Vendilion Clique and Master of Waves. And beyond the confines of an Izzet deck, we have Dark Confidant, Meddling Mage, and so on. It shouldn’t be terribly difficult to build a competitive deck with 8-12 Wizards. Many Merfolk decks and U/R Delver decks already fulfill this requirement without even trying. But perhaps the question of whether we have enough playable Wizards is the wrong question to ask.

The more relevant question may be whether or not the payoff of Wizard’s Lightning and Wizard’s Retort is actually worth it in Modern. And I fear that the answer is no. In a format where you already have Lightning Bolt, there is not much incentive to jump through a lot of hoops to get the same card that still sometimes costs 3 mana. Meanwhile, Remand/Mana Leak/Deprive/Logic Knot/Unified Will/ Negate will often give the same effect as Wizard’s Retort while having a more reliable mana cost.

In the end, I could see the addition of a few copies of these Wizard spells to existing Merfolk and U/R Delver decks. A singleton here, a singleton there. But in a format as powerful as Modern, I don’t think the payoff is there to build a U/R Wizards deck. (Please prove me wrong, as I’d love for Kai Budde’s invitational card to finally see some play.)

Do We Have Enough Wizards in Standard?

In Standard, Lightning Bolt isn’t legal, so Wizard’s Lightning is more appealing. Here is an exhaustive list of all blue or red Wizards in Modern costing 3 mana or less: 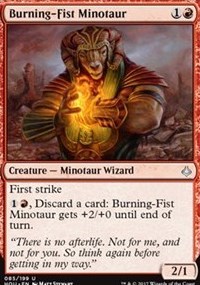 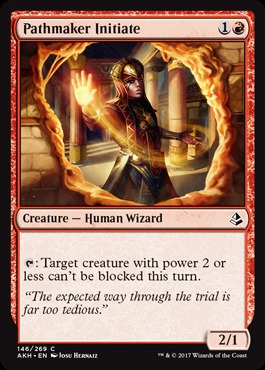 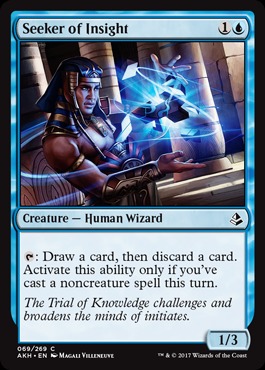 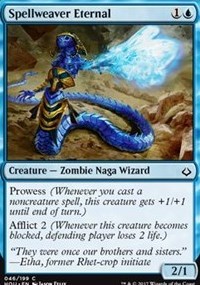 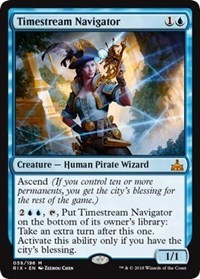 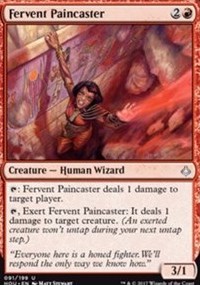 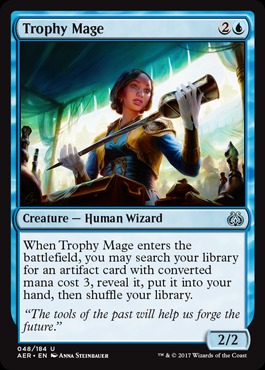 There are others (including Resilient Khenra, Sunscourge Champion, and Dreamstealer) beyond blue and red. Still, the collection of available Wizards is lackluster—Soul-Scar Mage is arguably the standout card. Sure, it fits well with Wizard’s Lightning in a mono-red aggro deck, but the next-best Wizard for such a deck in pre-Dominaria Standard is Burning-Fist Minotaur. While Burning-Fist Minotaur is not completely unplayable, it is not as powerful as the typical 2-drop in Standard.

Fortunately, Dominaria contains several powerful new Wizards. (And keep in mind that over 100 cards haven’t been revealed yet!)

A 2/2 haste with evasion is a reasonable start. But when you get to boost your entire team by chaining Opts and Shocks on the subsequent turn, Adeliz can produce a very fast clock in a Wizards tribal deck.

That’s a solid enters-the-battlefield ability. Merfolk Trickster helps in a damage race and allows you to deal with The Scarab God, Rekindling Phoenix, or Hazoret the Fervent for good. The mana cost is restrictive, but with Unclaimed Territory and Spirebluff Canal it’s still possible to lead Soul-Scar Mage into Merfolk Trickster if need be.

It’s a Goblin Guide! In Standard! Okay, the spell mastery restriction is a big one, and it will be tough to get two instants or sorceries in your graveyard early on. For that reason, I don’t think a Modern Burn deck will be interested. But still, a potential 2/2 haste for R in the midgame piques my interest.

How many instants or sorceries do you need to turn Ghitu Lavarunner into Goblin Guide (in the midgame)?

Using similar assumptions as before, described in more detail at the start of my simulation, I checked how likely it is to have drawn at least two spells in games where you also drew Ghitu Lavarunner. Given that the fail case is a 1-power creature with no special abilities, I would like to have 80% reliability at the very minimum. Here are the outcomes.

If you want to be 80% sure to even have drawn enough spells to turn Ghitu Lavarunner into a 2/2 haste by turn 3—keep in mind that this doesn’t yet take into account the additional effort of casting or discarding them—then your deck should contain 19 instants or sorceries. The reliability of having drawn at least two such spells increases to 86.6% by turn 4, and decks with Opt and/or other card draw spells will see higher reliability in practice. But I would be quite hesitant to go below 19.

Now, 19 is a lot of spells, and it means that Ghitu Lavarunner won’t easily slot into the existing Ramunap Red decks.

Can You Build a Reasonable Wizards Deck in Standard?

Ghitu Lavarunner demands a lot of instant and sorcery spells and Adeliz wants all creatures to be Wizards, but let’s try to make that work. By filling your deck with burn spells and card draw spells, you can get to 19 instants and sorceries. This high number means that you will be able to reliably trigger Soul-Scar Mage and opens up Spellweaver Eternal as a reasonable 2-drop creature.

Here is what I brewed up:

This list is filled with synergy, looks reasonably competitive, and should be fun to play for people who have enjoyed aggressively-slanted U/R Delver decks in Modern.

What’s your first impression? Dominaria’s release date (April 27) is still far off, but until that time we can have fun brewing with these new Wizards spells.