The next Pro Tour will be Modern and so I’ve been focusing my attention on that format. Another set is yet to be released and there will surely be some bans/unbans that shake up the format, but it’s helpful to get a good grasp on the format, and if you play Magic Online, you already know the format is saturated with Naya Blitz.

I’ve chosen to call this deck Naya Blitz because that feels like a fair compromise between Burn, Zoo, and whatever this deck’s real title is. I guess you could argue that a true burn deck would be playing Lava Spike, and a true Zoo deck would be playing Tarmogoyf, but this deck has a bunch of creatures and Boros Charm, so it’s hoping to be a mix of both.

These are the best ways to beat Naya Blitz.

There is no question in my mind that this is the single best card that exists if your only goal is to beat Naya Blitz. Its stats match up well against every creature in Naya, and the life gain makes direct damage cards like Boros Charm much worse. They have to hope to have an uncontested Grim Lavamancer or Kitchen Finks can trade for up to three of their cards.

Kitchen Finks is an underplayed card in Modern. It can provide card advantage in color combinations that severely lack it. The biggest downside to a card like Kitchen Finks is that in some matchups it can be completely ignored as a glorified Balduvian Barbarians. I like it even still because in any non­-combo matchup it’s going to be one of your better cards.

It can never be a broken card, but it can almost always put your opponent in a precarious position. It matches up well against Lingering Souls—they can’t just trade off and feel like they got a big edge on the exchange. The best way to beat that card is by racing, and having a creature that deals a legitimate amount of damage while gaining life is great.

It matches up well against Liliana of the Veil. Often in Abzan and Jund mirrors you need to be super careful about the order in which you play your creatures because plopping down a Tarmogoyf on an empty board can often mean the opponent has the upper hand with a Liliana of the Veil on curve. I even like Kitchen Finks against decks with Lightning Bolt and Snapcaster Mage, it’s not incredible but it allows you to keep up with them and not get totally buried by removal.

This card sucks. I’ve played with it myself, and I’ve seen it played in lots of decks, and it’s almost always underwhelming. I will say it’s a fine card to put in a token deck if you have it alongside cards like Sorin, Solemn Visitor or Intangible Virtue, but in Jeskai control decks or Abzan it’s just not good.

The problem here is that you’re already trying to keep creatures on the table, so you’ll often have the same number as the Naya deck and be unable to generate tokens with the card. On top of that I’ve found it to be a big problem that savvy Naya players will use fetchlands and shock lands to purposefully reduce their own life total to make it so you can’t cast Timely Reinforcements to get the 6 life. They even have Eidolon of the Great Revel as a way of reducing their own life total.

I’ve seen Timely Reinforcements show up in sideboards because it’s a sorcery and people have big dreams of getting tokens and life multiple times in a game with cards like Snapcaster Mage and Jace, Vryn’s Prodigy but the reality is that it just doesn’t come up often enough to justify playing with a card that can best be described as unreliable. 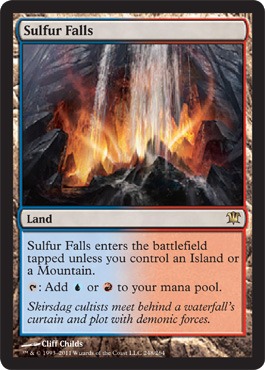 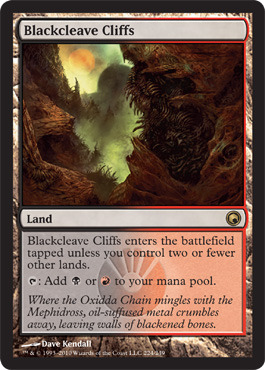 This is a bit more innocuous but a shift away from Thoughtseize to Inquisition of Kozilek is exactly what it takes to beat these burn-based red decks. You need to closely examine all the cards in your deck and see how to better make favorable exchanges without costing yourself life. It doesn’t take a genius to play Lightning Helix and improve their chances of winning against Zoo, but it does take a sharp mind to play Inquisition of Kozilek over Thoughtseize and Blackcleave Cliffs over Blood Crypt, even Sulfur Falls over Misty Rainforest or Shivan Reef can make a big difference. As I write this, I’ve made a mental note to myself (as well as a physical note) that it’s a priority for me to have a favorable matchup against burn-based red strategies going into the Pro Tour, which means I’ll be taking a close look at my mana base and ensure I play more basic lands, buddy lands like Sulfur Falls, or Scars lands like Blackcleave Cliffs.

There’s definitely a balance you need to strike between cool free lands and not being terribly weak to Blood Moon but that’s only a small concern.