Well, this week was a bit of a stinker. We had high hopes for Persistent Petitioners, but ultimately we were wildly unsuccessful trying to mill our opponents out—it was our worst result ever on Arena Boys, with our only win coming from a mana-screwed opponent who offered an early concession. Not the proudest moment in Arena Boys history!

We tend to play some pretty questionable decks, with the worthy reason that they’re a lot of fun to play and generate some silly moments. Unfortunately, Persistent Mill is more questionable than it is fun, as it’s very difficult to activate its mill-twelve ability even once, let alone the four or so times you need to in order to win the game. Trying to keep four 1/3s alive across multiple turns isn’t as easy as you’d think.

If you’re still keen to have a bash with this deck, full power to you—here’s the list, and a little bit of perspective as to how to play it.

There are a few different avenues to take—the Rallying Roar/Rally to Battle is a cute way to gain extra activations and end the game faster, and overall it’s not a bad idea. What is a bad idea, however, is the inclusion of cards that try to cover sometimes-irrelevant bases, as well as other mill engines that just don’t do as good a job as the Petitioners.

For that reason, I’d cut Drowned Secrets, Uncomfortable Chill, and Blink of an Eye. Instead, Quasiduplicate is a great way to “cheat” on how many Petitioners you’re playing, as each copy represents two new Petitioners and helps mitigate flood.

Additionally, cutting interaction for consistency might be a good idea. Several times while playing this deck, a Divination effect would have been excellent—Chemister’s Insight fills this role nicely, and makes one-for-one removal that much worse against this deck (the Mono-Red matchups showed how effective it can be otherwise).

Overall, however, we don’t recommend you play this deck. It lacks any real depth, and while it’s fun to mill your opponent out the first time, there are strong diminishing returns on the enjoyment this deck can offer. On top of that, it’s very, very weak. Other “questionable” decks we’ve played, such as Thousand-Year Storm or Bant Defenders, still offer reasonable win rates, or provide engaging decision points.

If you’ve got the cards and want to muck around with a silly deck while playing no-stakes Magic, Persistent Mill is worth a shot. Otherwise, however, I’d pass on it. I’m really sorry to be so pessimistic here—I don’t like being needlessly negative, but while every other deck we’ve played so far with Arena Boys has been good fun (even at the cost of competitive viability), I really don’t feel this one passes the muster and I’d feel dishonest in recommending it.

But let’s say you go ahead and build the deck anyway, and have your win rate tank through the floor as you try to mill people out. No matter—I have the solution to get that win rate up and about once again! Everyone loves a two-for-one, and you’re about to get one here with a bonus chapter in this article—I want to talk through the latest and greatest build of Esper Control.

Standard control specialist Martin “harry13” Porter’s most recent take on the deck was good enough to propel him into the Top 8 of a recent MOCS Monthly, and you can see why. This deck is powerful, consistent, and has few clear weaknesses. The new Azorius and Orzhov cards have well and truly juiced up an already potent archetype, and as a result, Esper Control is here to stay.

Esper Control has a somewhat modular aspect to it. With plenty of flex slots and with the numbers of many core cards being pretty malleable, the deck offers excellent flexibility to deal with a shifting Standard format. With the current best-of-three field, this list offers a powerful range of answers to tackle the format’s most popular and successful decks. Let’s talk about some of the more interesting inclusions: 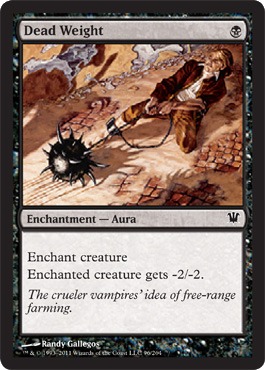 Dead Weight is a fantastic answer to the cheap threats that define Standard’s aggressive starts. It’s obviously excellent against early plays from Mono-Red, but also shines against Mono-Blue in dealing with cards like Pteramander, as well as turning off a turn-2 Chart a Course. Outside of aggressive decks, Dead Weight also hits Incubation Druid and Growth-Chamber Guardian in midrange. Additionally, some lists play Thief of Sanity in the main deck, making it a better choice than Fungal Infection. 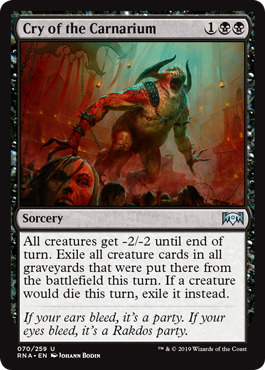 Cry of the Carnarium fills a similar role to Dead Weight, ensuring that quick aggro starts can be contained efficiently. With the rise of Azorius Aggro, Cry of the Carnarium is live more often than not. Admittedly, however, the card can be a liability in some matchups, and if there’s an uptick in midrange or control decks, put this card on the chopping block. 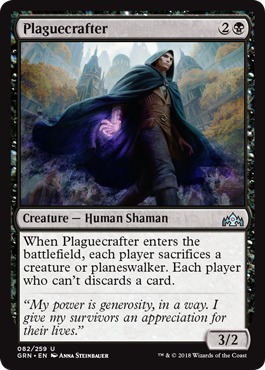 Plaguecrafter is a way to combat the Drakes deck, as their defensive interaction is specifically geared toward beating noncreature spells. As a result, Plaguecrafter can snipe a massive Drake through countermagic like Spell Pierce and Negate, and makes Dive Down look very silly indeed. It also has some value against control as a planeswalker edict effect. 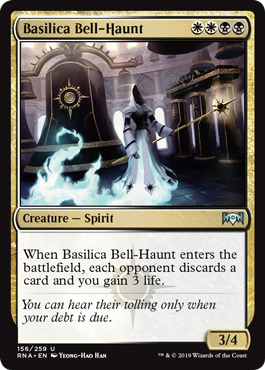 Basilica Bell-Haunt is generally touted as the be-all and end-all against aggro, but the card hasn’t been pulling its weight and is on the way towards getting cut. It’s not impactful enough—Mono-Red is hellbent on emptying their hand as quickly as possible for Experimental Frenzy, so the discard doesn’t often have the impact you’d want it to. Mono-White will invariably build their own board past the defensive capabilities of a 3/4.

The best substitution for Bell-Haunt might be, weirdly, Adanto Vanguard. Given the concentration of removal and sweepers in this list, the aggro matchups aren’t too bad—Adanto Vanguard comes in to shore up the control mirror, and provides a legitimate threat against the increasingly-popular Gate decks. It’s quite a quick clock, and will allow you to surprise slow decks post-board.

In any case, we resume regular programming next week on Arena Boys. We’re going to give Teysa Karlov a spin, alongside another wonderful bulk rare: Open the Graves. See you then!