Last weekend was one of the more bizarre Magic experiences I’ve ever had. I went to Chicago to play in the Modern RPTQ and didn’t realize my Pro status had lapsed and I wasn’t eligible to play. Awkward.

At the beginning of the year, I decided I was going to take 2018 off from competitive events. I wasn’t enjoying the grind, I didn’t particularly enjoy the formats as they were, and I was more interested in focusing on other things. Some of those things were life things (like getting married and relocating to another country), some of those things were health and attitude things (quitting smoking, getting back into shape, and and trying to be a better, more positive person), and some of those things were MTG things (I made new friends, Top 8’d a Vintage Power 9, and played a lot of Pauper).

I didn’t quit Magic—I just quit spending tens of thousands of dollars on flights to play formats I didn’t enjoy. I think a lot of people took a similar approach and are returning to the fold simply because #MTGArena and Guilds of Ravnica are such an amazing play experience. If you build it, they will come…

It really is true that distance makes the heart grow fonder. I think it’s a combination of taking a step back, getting into a better head space, and the formats improving, but I cannot get enough Magic. I just booked my flight to Vancouver and I’m extremely excited for Ultimate Masters Limited.

Obviously, traveling to the Windy City for an event I couldn’t play was not ideal, but I decided to make the most of the opportunity in front of me. I got to spectate a 70-player Modern RPTQ from the outside from start to finish. I could pick and choose which matchups I wanted to see play out. The tournament organizer, Pastimes, was kind enough to grant me access to the deck lists (with the players’ permission, of course) with the intent of writing an analysis article.

One RPTQ Tells the Story of Modern

I believe RPTQs are by far the best indicators of the reality of a format. First, the average RPTQ player tends to be a well-above average player, since you have to win a satellite event to qualify. Second, since there is a lot on the line, players tend to put in solid preparation.

An RPTQ tends to be a compact field full of strong players with very good decks. With that being said, let’s examine what 70 strong players in the USA Midwest brought to the table.

Before I get to my analysis, and more importantly to the deck lists, there are a few things worth mentioning.

First, a 70-player sample size is obviously inconclusive for drawing large, concrete generalizations about a format. If a handful of games go a different way, the data set starts looking different. It doesn’t mean that analyzing results is an exercise in futility—it simply means that we have to approach these results as one piece of a much larger puzzle.

The thing I like about looking at RPTQ data is that the player base is well-above average in terms of being informed and motivated to do well. It’s results compiled from good players trying their hardest to win.

Modern Trends in Country and Midwestern

There are a couple of pieces of data that really stand out to me with regard to the makeup of the field and how the tournament played out.

If I compare this field to the larger metagame compilation on MTGTOP8, the Chicago field is actually fairly consistent. Most of the field is within a 1% margin of error.

Here are the outliers, and these are the numbers I’m interested in for projecting future trends.

It makes sense that with a smaller field than “all of the decks played everywhere” that rogue decks will make up a smaller percentage of decks.

With that being said, I buy these numbers from the RPTQ. I do believe that Tron, Bant Spirits, The Rock, and Izzet Drakes are strongly positioned at the moment and that Hollow One and Dredge are potentially on the decline. 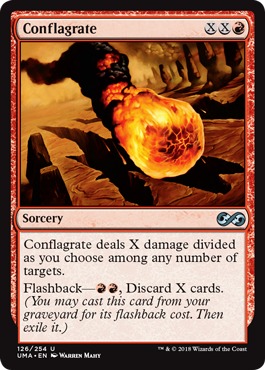 Dredge becomes much worse as the strength of the field increases. Dredge really does play on inexperience and unpreparedness. In fact, I think people tend to overprepare for Dredge compared to other strategies (especially, when Dredge is so hot). With that being said, Dredge won the LCQ the night before. I’m not sure whether that proves or disproves my statement, but it’s interesting to think about.

With regard to Jeskai, I moved off the deck as did many people, but Seth Manfield and Brad Nelson’s Open performance with Terminus-less lists will likely be widely adopted moving forward. So while I think above average players figured out that Terminus Jeskai was not a good choice, truly next-level players cut the Terminus and reinvented the archetype. 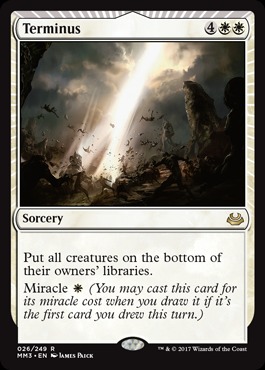 Izzet Drakes is another deck on the rise. I suspect the 0% of the meta will change as new data is added since the deck has put up some finishes. If I had to choose between playing Drakes or Dredge, I would have punted and played Dredge.

I played Dredge at the last Modern RPTQ (when it was once again The best deck with GGT) and went 4-2 facing down a ridiculous boat load of hate. My assessment was that I probably got kind of unlucky with pairings and opponents drawing well. After watching this event actually play out and looking at people’s list, I would never play Dredge at an RPTQ ever again as it is clear to me that it is the single deck that players at this level are best prepared to defeat. 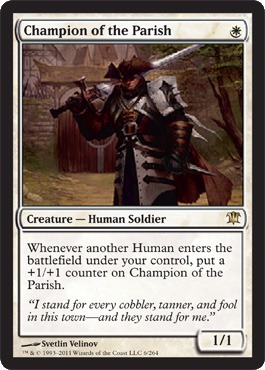 Another “non-trend,” that is actually an important piece of information, is that Humans continues to be the model of consistency in Modern. It almost doesn’t matter which way the wind blows—Humans is going to be about 8% and convert well. It turns out that being a reliable deck has a lot of value! It’s perhaps the most consistent deck you can choose to play in Modern. It’s the new Burn (and not just because it’s hot fire!).

You can’t get these lists anywhere else, folks! You’re welcome.

The downside of the event was that I didn’t get to play. The upside was that I got an awesome show. I traveled to the event with three of my best Magic friends: Kyle Boggemes, Stuart Parnes, and Tyler Hill. All three qualified! How savage is that?

Bant Spirits is probably the hottest deck in Modern. Kyle made an analogy: “It’s more like a Merfolk deck with better interaction than a Faeries deck.” So wise.

Infect has again been on the rise. It did very well in the RPTQ field and had an impressive conversion rate into cash. I do worry that Infect could end up in an awkward position with Bant Spirits and The Rock being hot decks at the moment.

Tron is a format mainstay. I imagine if I made a composite Tron list that it would be two or three cards off at most from Lamb’s list. He’s playing the best cards in quantities that make sense. It’s well thought out, which is a great way to build a great deck.

The Rock has gotten an infusion in the form of Assassin’s Trophy. It turns out that stripping away all of your opponent’s best cards with hand disruption, killing all of their stuff with removal, and going to value town with planeswalkers is still a potent tactic!

U/W Control has been a fixture of Modern since Jace, Teferi, and Field of Ruin showed up. U/W was clearly the favored blue control build at the RPTQ, but I suspect that Brad and Seth’s Jeskai lists will likely be highly influential in the coming weeks.

Hardened Scales Affinity has basically replaced Affinity as the Ravager deck in Modern. It sort of skirts the line between aggro deck and combo deck and generates a lot of portable +1/+1 counters that magically always seem to find their way onto a Walking Ballista, Hangarback Walker, or Inkmoth Nexus to generate absurd scenarios to end the game.

Congratulations to all of the players who qualified in Chicago! It was a fun tournament to watch play out and I couldn’t have been happier with the conclusion that involved all of my friends qualifying for the Pro Tour.

I actually see a metagame that, despite being a non-rotating format, has movement from week to week (and not just when a new set is released). We can see that at the RPTQ level where players positioned themselves to navigate around the “best deck,” Dredge. We can see it with a brand new deck like Izzet Drakes having the best conversion rate. We can see it at the Open level with Pros innovating a new build of Jeskai Control.