Well, Grand Prix San Antonio was a blast and we came really close to making Top 4—we lost a close win-and-in match to David Ochoa’s team in round 14. We bounced back and won the last round against the Pascal Maynard/Shaheen Soorani/BBD team for a solid finish and some Pro Points putting me on course to make another run at Silver.

I played with two friends, Rob Pisano and Brandon Pascal, both great guys and stellar players.

I love team events. It’s a special opportunity to play on the same team as a couple of good pals and battle toward a common goal. There are a few more team events coming up in the next few months, and if you’ve never attended one, I highly recommend gathering a few friends and having a go at it.

Team Unified is an interesting format. It was fun to explore different decks and try to figure out the best configuration to run. Ultimately, my teammates defaulted to the archetypes they were most comfortable with. I learned to play Bant Eldrazi for the event because Rob wanted to play Death’s Shadow Jund. He switched back to his hallmark Valakut deck at the last minute (which means that I could have played my typical Abzan Company list), but I decided to stick with Bant Eldrazi. So Rob kind of daggered me a little bit—but it’s all good because I’ve grown to like Bant Eldrazi and because Rob is an R/G master.

Brandon was on his trademark Affinity, which makes a lot of sense considering he’s pure gasoline with the deck.

Ultimately, our tournament preparation played out exactly as I described in my article about building decks for Team Unified: Don’t worry too much about gaming the metagame—just play what you are the best with. At the end of the day we all just played decks we felt most comfortable with and won a bunch of matches. Good times were had by all.

Since I feel like our lists were all pretty solid, I’m going to run through them, since I think they are a great place to start if you are interested in playing Affinity, Valakut, or Bant Eldrazi.

Even though I could have played Abzan Company based on card availability, I chose to play Eldrazi. The reason is that I truly believe that it is one of the best decks in the format.

Even the bad matchups don’t feel too bad. The cards are powerful, and drawing multiple Eldrazi Temples is nearly unbeatable for many decks.

My main deck feels solid and I haven’t changed it in more than 3 weeks. I like the 24th land and the configuration of spells. I made a few changes to the sideboard since I recorded my Eldrazi video a few weeks ago. 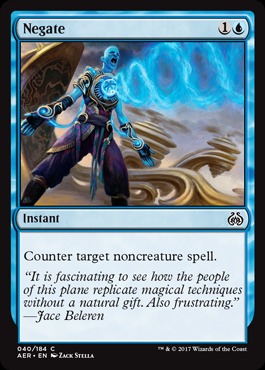 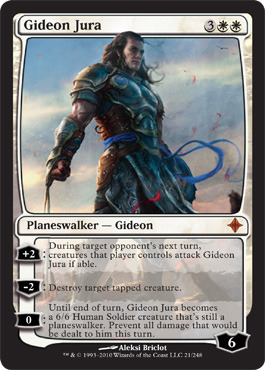 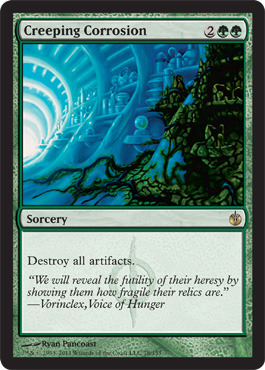 Gideon Jura has really over-performed for me ever since I started playing it. The card is just tough for a lot of decks to deal with and all three of the modes are insane in Bant Eldrazi. I won a lot of sideboard games over the course of the weekend with Gideon.

Stubborn Denial is just a great card in the deck. I’m probably going to end up cutting the Disdainful Stroke for the fourth Denial. The rest of the changes were to have more effective hate cards against Affinity, which is one of the most difficult matchups.

I really like Brandon Pascal’s Affinity list a lot. He obviously puts a great deal of effort into staying ahead of the curve with the list.

Brandon’s list is very geared for the Unified metagame where we expected more linear combo decks and Eldrazi decks than normal. 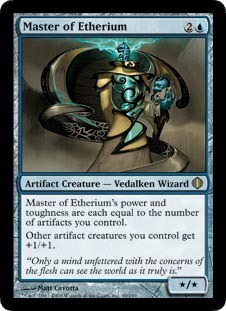 Brandon decided to leave the Etched Champions in the sideboard and rocked the full allotment of Master of Etherium in the main deck because grindy midrange decks make up a smaller percentage of the metagame.

The same reasoning came into play with cards like Dispatch and Thoughtcast in the main. Thoughtcast is particularly good at digging for sideboard cards against combo decks after sideboard.

Nobody really bothered Rob about building his list too much. I barely understand how Scapeshift even works and so I wasn’t going to be much help in tuning this masterpiece. Brandon and I basically just trusted that Rob knew his stuff—and he did.

The coolest innovation about the deck:

3 main-deck Chandra, Torch of Defiance? Yeah, seems pretty great when you think about it.

With any ramp spell on turn 2, the powerful planeswalker can come down on turn 3 and threaten to cast a turn-4 Primeval Titan. That is terrifying!

The other card that really impressed me from the sideboard was Hornet Nest. 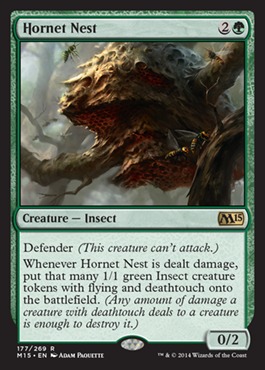 Against the Death’s Shadow style aggro deck, the card looked completely unbeatable. Nice Death’s Shadow and Tarmogoyfs… welcome to my swarm of deathtouch bees! I watched many a creature hang back for fear of messing with the hive.

Team events are great, especially when you’ve got great teammates and great decks. San Antonio was easily one of the most fun events I’ve ever played. Hanging out with friends and smashing with Eldrazi? It doesn’t get much better than that!