I know this might seem crazy but I think now is a great time to get into Commander. If you have a webcam setup, you can play with people all over the world, and with the format growing in popularity thanks to the release of Commander Legends, once you can safely meet up with other people there will be plenty of new (and old) Commander fans for you to hang out and game with. Plus, two new preconstructed decks came with Commander Legends that I think are perfect entry points into the format. Today I’ll be looking at one of those decks and doing a $50 budget upgrade on it! If you know someone who wants to get into Commander, this preconstructed deck (and the cards for the upgrade, if that’s in budget) are a great gift.

Today we’ll be looking at the Reap the Tides deck featuring Aesi, Tyrant of Gyre Strait 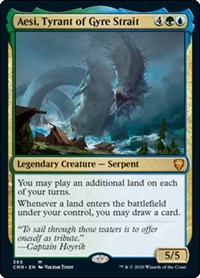 Aesi is straightforward and powerful, which makes the deck a very friendly starting point for new Commander players. The high land count of this deck doesn’t hurt – it has 44 lands in it, and I won’t be reducing that count at all, as getting wrecked by missing land drops just isn’t very much fun. Let’s take a look at the deck list as it stands right out of the box:

For a preconstructed deck, this is pretty sweet, though of course it has its share of low-power cards. The obvious main theme is landfall, but what I really like about this deck is the various subthemes available. Some cards, like Molimo, Maro-Sorcerer hint toward an overall ramp theme, while others such as Slinn Voda, the Rising Deep push the deck into “sea creatures” territory. Still others, such as Fathom Mage, create a +1/+1 counter theme, which is what I’m choosing to explore. Why? Well, I couldn’t find a lot of examples of Aesi decks doing this, and while we’re in well-charted territory in terms of Simic landfall/ramp, I want to put a little bit of personal spin on the deck.

Enough exposition – let’s get to the cuts and additions! Here are the creatures I’m setting aside to make room for my personal picks: 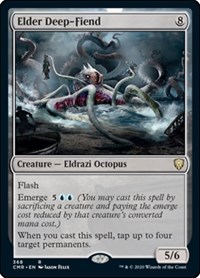 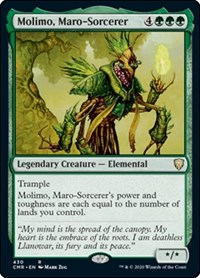 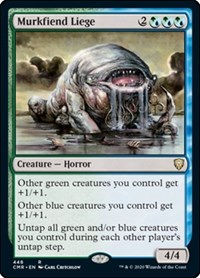 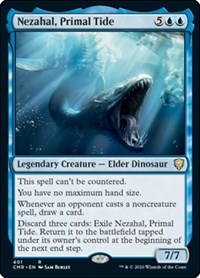 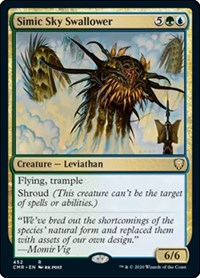 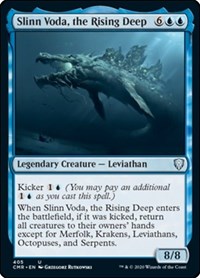 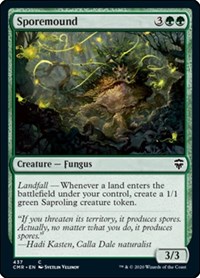 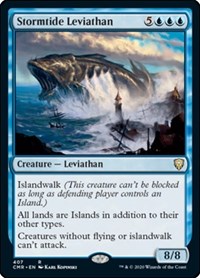 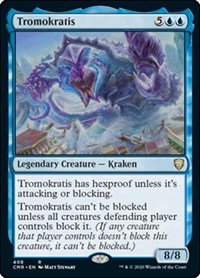 I’m taking out a lot of the Sea Creatures pieces, though I’m leaving Sharktocrab and Shipbreaker Kraken in to play with the +1/+1 counter theme. Molimo is exiting because it’s easy to outclass one-for-one – more on that later. Murkfiend Liege gives our creatures pseudo-vigilance, which is fine, but the anthem effect isn’t as valuable here as it could be. Sporemound doesn’t deliver enough bang for the mana cost unless you’re going infinite, so it gets tossed out as well.

Let’s take a look at what I’m adding, bit by bit:

As we continue to lean into the counter theme, I’ve added some Zeganas to this deck, both as a nod to the Ravnican origins of the Simic +1/+1 counter theme and a potential jumping off point for a full transformation of this deck, as all preconstructed decks should provide. Roalesk, Apex Hybrid is a fantastic addition to any deck that wants to proliferate as well as a mid-sized aerial threat.

As we continue to push into the counters theme, two sages, Gyre Sage and Evolution Sage, come to mind. Gyre Sage helps push some big turns with all the cards we’ll be drawing with Aesi, while Evolution Sage provides some extra counters for these and many other creatures. Steelbane Hydra and Forgotten Ancient increase the appreciation for proliferation, with Forgotten Ancient doing so very effectively by distributing counters out to creatures that might otherwise not participate in the theme.

Of course, not everything we’re adding is on the counters theme. Multani, Yavimaya’s Avatar is here as an upgrade to Molimo – it’s pretty much a better card in every way. Tatyova, Benthic Druid is sort of a backup Aesi, which is good because I’m assuming Aesi will be heavily targeted throughout the game.

We’ve now spent $23.90, which means we’ve still got over half of our budget left. Some of those cards were on the high end for a budget transformation, so we’ll have to be careful moving forward.

Here are the spells I’m taking out of this deck: 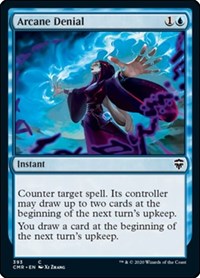 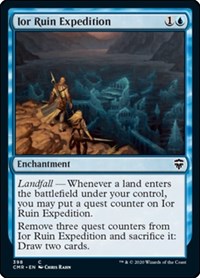 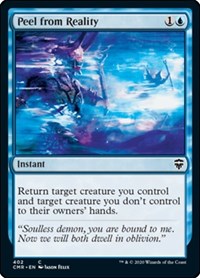 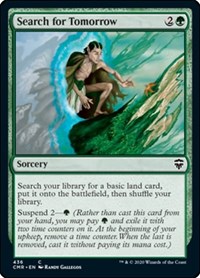 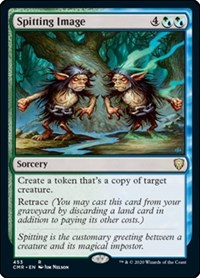 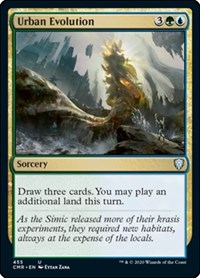 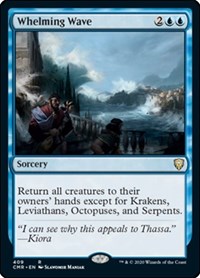 Arcane Denial is a cheap and easy to cast counterspell but I’m not excited to provide cards to opponents. Ior Ruin Expedition is pretty slow and terrible, and even with our counters theme, I can’t justify it. Peel from Reality doesn’t really fit our game plan, and if we wanted this effect I’d be more excited about something like Run Away Together so we don’t have to bounce our own stuff. Search for Tomorrow is an easily replaced ramp spell, power-wise. Spitting Image has tension with our overall deck – we want to play lands, not discard them, and we only have Ramunap Excavator to get them out of the yard. Urban Evolution is kind of an unremarkable card, and Whelming Wave is getting cut with the rest of the sea creature theme.

Here’s what comes in:

I’ve added a little extra removal to this deck, as there’s not a ton in it to begin with – Beast Within and Counterspell only go so far alone. Reality Shift and Krosan Grip are broadly useful cards that fill out this deck while transferring into future builds as well – a great starter pack.

A little more card selection never hurt, and these two cards are particularly well suited to this list. Nissa, Steward of Elements benefits from Evolution Sage’s proliferate effect while doing a great job of getting us more land drops via either the scry or the 0 ability. Abundance turns our draws into binary “land or no?” choices and with extra draws from Aesi or Tatyova, this helps out with the classic ramp conundrum of drawing the wrong half of our deck. It’s also a way to prevent losing with an empty library, as it replaces draws!

Sometimes you need a closer, and Sylvan Awakening is a great one – making our lands indestructible pushes away some (but not all) of the risk of this type of effects.

We’ve now spent $38.20, leaving just under twelve dollars to improve the mana base. We won’t be doing too much – we’re just cutting five cards. 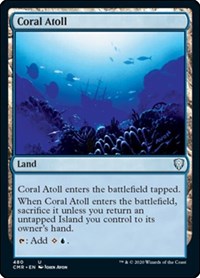 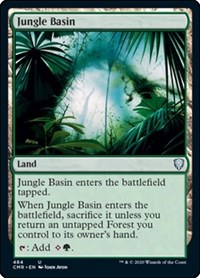 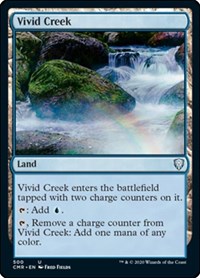 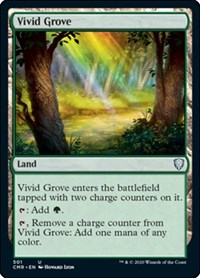 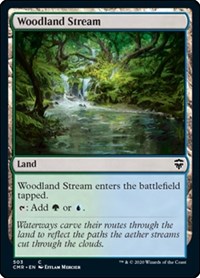 I find the original Karoo cycle to be too restrictive about what gets returned, making them very bad early-game draws. The Vivid lands are not really necessary in a two-color deck, and Woodland Stream got cut instead of a basic because many effects in this deck want basics. Here are the lands I added:

Scavenger Grounds provides this deck’s only source of graveyard hate – I’d consider adding cards like Scavenging Ooze if I had some more room. Command Beacon helps shore up the cost of our very expensive Commander in the late game while also playing well with Ramunap Excavator. Guildless Commons is my favorite uncommon from Commander Legends and plays much better as a bounce land than the Karoos.

This is apparently the ghost section of the deck. Ghost Town is a great way to keep ensuring landfall triggers turn after turn while Ghost Quarter adds a little nonbasic hate in case we face a Maze of Ith or powerful big mana land.

At this point we’ve spent a total of $49.50, cementing us just slightly below the $50 ceiling. If you want to keep spending, there’s so much further you can go in terms of power level, theming or both, but this is a great start for anyone looking to play something that’s at a higher level of strength and cohesion than the original preconstructed deck.

Before I give you the list, I should mention this is my last article for 2020 – I’ll see you in the new year!