There are pros and there are cons. But right now, I am undecided on which I think is strategically superior. And for me, doubt is enough to say with confidence that it’s unlikely I will ever play a 60-card version again with reasonable 60+ card alternatives.

What is Living End?

For those of you who haven’t played the deck, let me welcome you in with a brief primer on this crazy brew.

The idea is simple: Violent Outburst and Demonic Dread can ONLY hit Living End, so as early as turn 3 we can consistently flip the boards. The rest of the deck is cycling creatures to fill the graveyard and churn through our library.

Playing the minimum number of cards is a sacred deck-building rule. It comes about mainly from the desire to draw your best card as much as possible.

It starts out when you get your first copy of Cryptic Command. This card is better than every other card in your deck, so you want to draw it every game. The best way to make that happen is to play 60. Every additional card is an additional non-Cryptic Command standing in between drawing you and your bomb.

So we see this theory expanded to 4-of-60-card decks. Decks want to draw their build-around card, their namesake card, their most powerful card.

Mono-Red Burn plays 4 Goblin Guides and 60 cards so it can open with Goblin Guide as much as possible.

Affinity plays 60 cards so it can have as many Mox Opal + Cranial Plating starts as possible.

Blue/red decks play 60 cards so they can draw as many Snapcaster Mages as possible.

Make sense? Just about every deck has SPECIFIC best cards that they WANT to draw every single game. So they max out on those copies and play the minimum number.

But Living End. Living End is already a weird deck, but it’s about to get a lot weirder.

This deck does NOT want to draw Living End. It specifically doesn’t. It’s backwards from most other decks.

How Bad is Drawing Living End?

It’s really bad. REALLY bad. The difference between winning and losing. It’s a real not-so-secret problem of the deck that needs to be addressed.

There was a time in the past where drawing and suspending Living End was a reasonable play against a lot of slower control decks, but even the blue decks can burn our faces off if we try to wait until turn 7.

But for the most part drawing Living End is horrendously bad. The card does not cycle. It rots in hand.

I don’t want to admit how many matches I’ve lost to top decking the last Living End. It has happened to me in the closing rounds of Grand Prix, of the Pro Tour… and it feels horrible.

So many games lost to these bricks in hand, now a deck full of bricks, and only 3 Living End to begin with?

I can’t claim bad luck when this happens. I designed the deck this way!! So maybe it’s designer fault… maybe there’s another way to build it…

What Do We Want to Draw?

Now that we know we specifically DON’T want to draw Living End, we have to ask ourselves if there are specific cards we do want to draw that pull us down to 60.

Ah yes, we do want to draw Violent Outburst. There’s a reason to play 60. 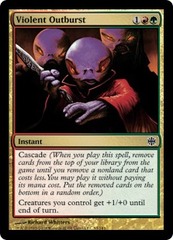 But I suppose Demonic Dread would do. Although that one is worse, most of the time it provides the same effect. 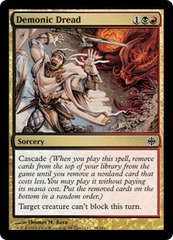 But you know what, Ardent Plea would do just fine! The exalted is a nice effect and it doesn’t need a target like Demonic Dread. 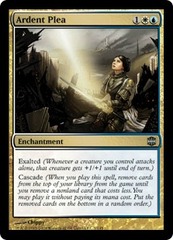 And to go with these cascaders we are gonna need to draw some cyclers. So we would like to specifically draw Street Wraith. 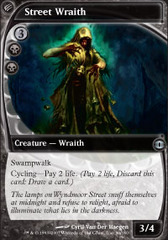 Or Monstrous Carabid or Deadshot Minotaur. Either of those guys works about the same. 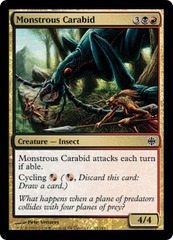 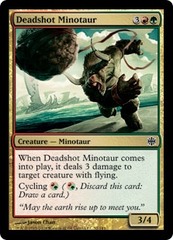 And I guess Architects of Will and Glassdust Hulk would do the job… hell these cards might even be better than the red ones!

So, as far as I can tell, at its core, this Living End deck is backwards from the other 60-card decks.

There is ONE specific card we DON’T want to draw… and there are NO unique cards we DO want to draw. Yeah?

So we are starting to see an advantage to playing more than 60 cards.

This new 90-card version has GAS in the tank. It’s likely to have access to 3-4 a game, every game. And, perhaps more importantly, it has fewer feel-bad moments. You don’t dread your draw step as much, fearing drawing Living End.

This solves a very real problem with the deck. There are a few significant disadvantages we are taking on as well, which we will get to. But first let’s talk: why 90?

90 is the largest number we can play without altering the style of the deck. At 90 cards we can keep all of our ratios intact.

We can build a 90-card Living End version that plays just as smooth as a 60-card version. All the ratios are the same except we are less likely to draw Living End and thus have more in the deck.

This is the whole argument right here. How bad is it to draw Living End? How much is this change really helping us? Well, it’s hard to measure, but I am personally sick of crossing my fingers and hoping to not draw it.

This is my current 90-card list. It plays just like a 60-card version but it feels more robust to me. Way more bullets in the gun. 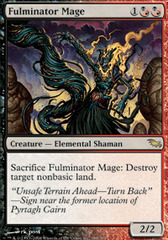 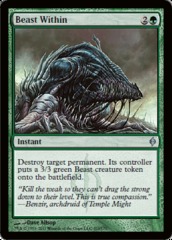 We are going to draw fewer of these. If we really wanted to keep our ratios the same here we could play Avalanche Riders. That’s an option but I think the card is way worse than the 3-mana options.

Drawing fewer Fulminator Mages is not a big deal to me because it’s good but it’s not a crucial element of the deck. The core is lands, cyclers, cascaders. Fulminator Mage is extra. 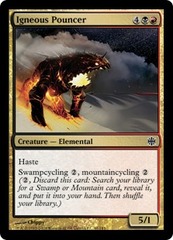 I played Igneous Pouncer as my land cycler of choice until Punishing Fire/Grove of the Burnwillows became popular. For whatever reason, I never came back to it.

Igneous Pouncer is FAST, and feels particularly good with Ardent Plea. Exalted, get in there for 6! This can make the deck’s “combo kill” way faster which is relevant in certain matchups.

So now we get to our first disadvantage: our mana base is less consistent and more painful than a 60-card version. It’s hard to measure how much, but it’s noticeable by a few life points.

For me, this doesn’t make or break the deck. 60-card Living End has GREAT mana, and I’m willing to sacrifice to get ahead in other areas.

For the special lands I’m trying out Forbidden Orchard, City of Brass (could be Mana Confluence), and Gemstone Mine to fix our 5 colors.

And now we get to the actual big drawback—diluting our sideboard.

While we can keep the ratios of all the core elements of our deck intact, we can’t do the same with our sideboard cards. We are flat out less likely to see them.

Leyline of the Void gets way worse along with anything we are specifically really hoping to see.

This is a big blow, and it may or may not be more significant than the advantage we gain from drawing fewer Living Ends. It all depends.

For me, it’s not that big of a deal though. Living End has always been a deck that doesn’t care to sideboard too much. The game plan works and there are rarely true unbeatable hosers. Most hate cards are one-shot or don’t stop us from sweeping the board over and over and over again.

So maybe it’s a big deal, maybe it’s not, but we certainly need to build with it in mind.

There are times in tournament play with Living End that I have sideboarded cheap hoser spells and boarded out all my Living Ends so I could always find them. For instance, I once got a dredge-wielding Cedric Phillips with a Yixlid Jailer.

This type of Living End sideboarding is especially good in a 90-card version because of how much bang we get from 1 sideboard slot. One single Rest in Peace gives us a chance to beat a Pyromancer Ascension Storm combo deck that we would otherwise always lose to.

We also have Kor Firewalker against Burn, and Kataki + Stony Silence versus Affinity.

Ingot Chewer and Shriekmaw are great across broad swaths of matchups and those 8 sideboard cards alone are enough to give us a reasonably interactive game 2 against whatever we need.

This sideboard strategy feels worse than a 60-card version which has hosers we can open on to win… but that same 60-card version might lose itself a game from drawing too many Living Ends. You give some you take some.

How Your Luck Works

For those of you interested in the math, things work out a little bit differently. Even though our ratios are the same, the ratios are harder to disrupt as we pull cards out of the deck.

In a smaller deck, if we draw tons of lands, our deck becomes imbalanced with spells and we are slightly more likely to draw spells.

In a larger deck, if we draw tons of lands our deck becomes imbalanced with spells but it takes more draws to have the same effect.

It doesn’t seem like it adds up to much, but that seems to be how the math works.

It’s hard to weigh those against each other. So we can leave it up to debate or preference.

But before we open it up to the comments I’d like to invite you to consider versions between 60-90 cards.

There are lots of options here, lots of strategically defendable and competitively viable configurations that vary far from the norm.