When it comes to Commander, I’m the kind of player who wants to have three decks with Overgrown Tomb at all times. It’s a running joke with my friends that whenever a new black and green legendary creature gets spoiled, I’m going to rush to build yet another deck. I’m Golgari EDH player through and through, or so I thought until Strixhaven and the introduction of Witherbloom. And now I’m questioning my black and green loyalties. 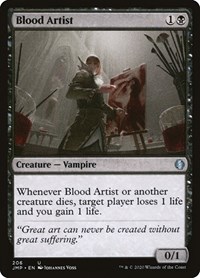 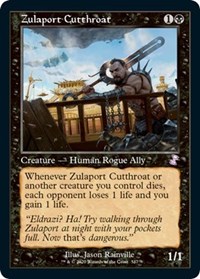 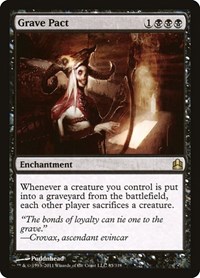 While a lot of people play Commander for the big and splashy plays, I love generating incremental advantages and using them to slowly steamroll my opponents. Golgari provided plenty of options for this style of play. While the earliest iterations of the guild were all about getting cards into the graveyard, the last two visits to Ravnica saw Golgari turn the graveyard into a true resource. Many of my earliest Golgari decks all leaned on Grave Pact which, while technically incremental, can be a real beast of a card to play against. Still, I loved sacrificing things for value and getting in my little dings with Blood Artist and Zulaport Cutthroat. Golgari seemed tailor made for my preferred style.

But then Witherbloom comes along, an entire college based around the incremental advantage of gaining life. More than that, their mascot -the humble Pest – needs to die for you to gain a measly one life. How could I not love this rendition of the Verdant Catacombs? While Witherbloom could do big flashy Commander things (we see you, Chain of Smog and Witherbloom Apprentice), I was immediately drawn to these miniscule effects. 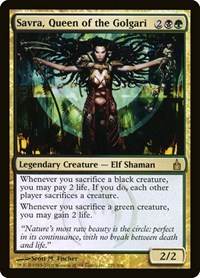 See, one of my favorite Commanders of all time is Savra, Queen of the Golgari. Savra is part of a 10-card cycle from the original Ravnica block where each one cares about the two component colors of the guild. Savra is a potential Grave Pact on legs that asks you to run black creatures and have a sufficiently high life total. As she comes from Ravnica: City of Guilds, she cares about getting creatures into the graveyard – in order for Savra to care about your demise you have to be sacrificed. While this is fairly easy to accomplish in Commander, it’s still a larger hoop to jump through than simply having a creature die to turn on a Grave Pact effect. The secret sauce, of course, is to sacrifice a creature that is both black and green so you her two abilities cancel out, letting you come out ahead.

I’m sure you can see where this is going so let me meander a little bit more. 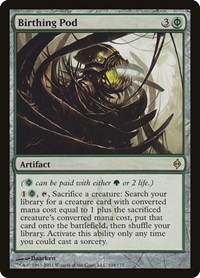 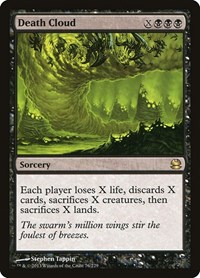 I’d been enamored with trying to build a Savra deck for years and eventually settled on a Birthing Pod rendition. It was packed with many of your traditional black and green goodies. I left out Dictate of Erebos and friends mostly because they were in other decks. Instead, I turned Savra into a deck that wanted to Death Cloud opponents. Because of this, I rarely took her out at Commander night because I felt that it was never the right table for Death Cloud shenanigans. The deck was shelved and dismantled before I decided to try again. 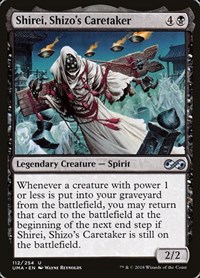 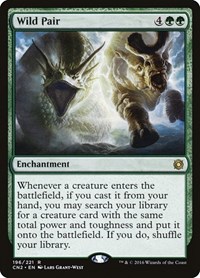 My second time building Savra, I leaned in a different direction. Rather than turning the sacrifice into the focus, I made Savra a black and green Elf Ball strategy. The goal was to generate gobs of mana thanks to Llanowar Elves and friends, eventually sacrificing them to Ashnod’s Altar to end the game with a Torment of Hailfire. Savra also became home to two different pet engines: Shirei, Shizo’s Caretaker and Wild Pair. There was little I enjoyed more than casting an elf to get a Spore Frog to make my opponent’s miserable. 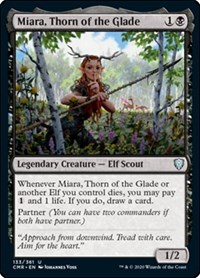 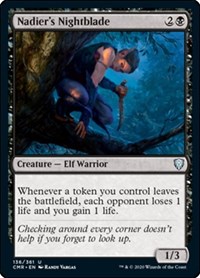 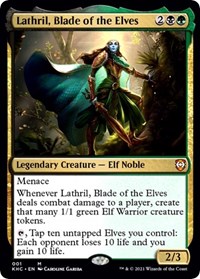 The deck quickly evolved over the past few months. Commander Legends brought Miara, Thorn of the Glade and Nadier, Agent of the Duskenel. Miara was a perfect compliment to the existing elf theme while Nadier allowed me to expand on a token theme with Nath of the Gilt-Leaf, Imperious Perfect, Pitiless Plunderer and Revel in Riches. Then Kaldheim came with its black-green Elf theme and the Commander precon – Lathril, Blade of the Elves, Wolverine Riders and Elderfang Venom all fit so wonderfully. Savra was my Golgari Elf queen. 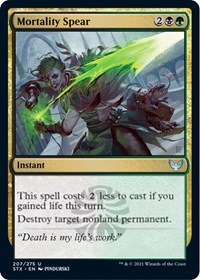 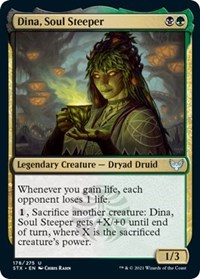 But then came Strixhaven: School of Mages. Savra seemed like a perfect fit for a college obsessed with Pests. The ability to generate black and green tokens that not only trigger Savra, but let you come out on the exchange ahead in life, were ideal. Blight Mound is a wonderful addition to the deck, giving Savra a way to maximize on her rather cruel demands. Pest Infestation makes use of all our elven mana while Mortality Spear is premium removal. Dina, Soul Steeper gets in on the action. Not only is the standout student a great sacrifice outlet, not only does she come back with Shirei, but she also will trigger off of Savra if a green creature manages to find a way into her brew.

There are lots of neat interactions in my build of Savra. On top of the token and elf synergies, the multitude of engines really help the deck to hum. Shirei can be a complete house in the deck and is well worth protecting. The fact that their ability triggers on every end step and not just your own works wonderfully with Savra.

Sometimes there are Commander decks that you finish. They are largely done once you add the final card and occasionally you’ll update them if something catches your eye or does a job better. Savra is not one of these decks for me. The different ways she can work means that every time a new set is released, there’s a good chance there’s going to be something that fits perfectly into another angle of attack. Having a project deck is rewarding as it gives you a chance to constantly tinker and tune for a desired play experience.

Long live the Queen, may she be at the head of Witherbloom’s class.

Savra, Queen of the Golgari by Alex Ullman
Buy This Deck

1
Savra, Queen of the Golgari