A new set is coming next week, which means this will be my send off for Kaldheim Standard. Let’s see where it ended up before Strixhaven comes to shake things up a bit. Here’s the final Kaldheim Standard Power Rankings 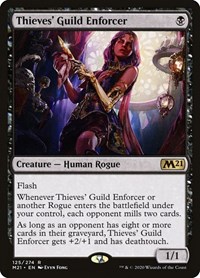 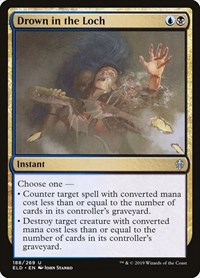 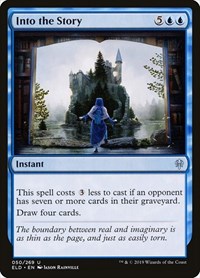 Rogues was the best deck on League Weekend and was the best deck in the Kaldheim Championship. For those reasons,Rogues will finish the season on top. There were a few contenders over the course of Kaldheim Standard, but Rogues had a cheap, aggressive, interactive and versatile game plan that was good enough to take the top spot. 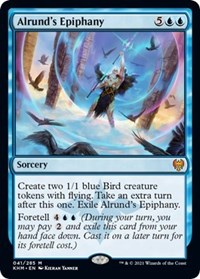 Edgewall Innkeeper is a hell of a card. In the previous Standard format, Temur Adventures was one of the best decks as well. Two cards were even banned from that deck – Lucky Clover and Escape to the Wilds. Regardless, the deck was close to the best in another format.

The top three decks are all pretty close, and I’m sure everyone has their personal favorites. These three decks are the ones that I think really defined the season. Notably, for the most part, all three had companions – Lurrus for Rogues, Obosh for Temur and Yorion for Sultai. Sultai was so strong because it had a single card, Emergent Ultimatum, that almost always won the game when cast.

Mono-Red is a strong deck, but it was just so hard to shine a format where so many people played Lovestruck Beast. Red was good against Rogues at least, so it’s still a decent metagame call sometimes.

This deck is powerful. It’s just a bunch of cycling cards and some Zenith Flares, more or less. The deck never really had a big breakthrough performance though and it mostly just hung around and won some matches here and there.

This deck however, did have a big breakthrough performance. After the weekend where Mono-White won the PTQ, it was played often, but with opponents being prepared for it, the deck never performed quite as well as it had in that weekend. The deck overall is strong, but there are just more powerful things one can be doing.