This card is extremely powerful. On the front half, you can use Extus as a four mana 2/4 double strike, with the upside of returning a non-legendary creature to your hand every time you cast an instant or sorcery. On the back side, you can sacrifice a creature to make a six mana edict that also gives you a 3/6 haste that does three damage when you attack. We can even sacrifice two creatures to cast it for only four!

As is the case with most of the modal double-faced cards, the front and back sides of this card interact quite favorably. One interesting that’s interesting is if you have Extus in play, you can actually return the creature that you sacrificed to Awaken the Blood Avatar to your hand. 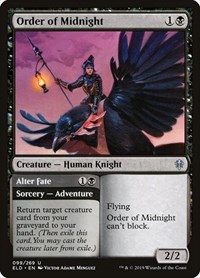 This seems like a fun spot to start brewing. Maybe I’ll try to brew a deck in an article later this week. Either way though, it’s an interesting card that’s sure to see some brewing and play.