Another month and another set of Pauper Power Rankings. Due to a Magic Online technical issue, some of the raw challenge data I use to craft these rankings was unavailable. I want to give a shout out to the Pauper Challenge Project who crowdsource the archetype of every deck in the Challenges. Thanks to their hard work, I was able to get information on three of the four challenges that were lost to the glitch.

And now for the recent top 10! 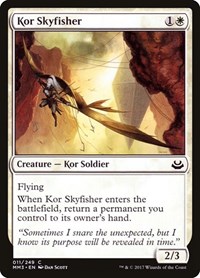 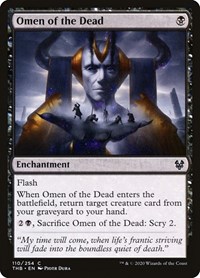 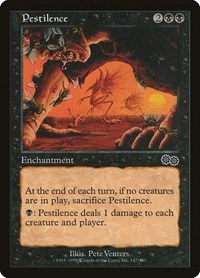 Orzhov Midrange takes many shapes. There are creature-based versions that either lean on the monarch or on the interaction between Kor Skyfisher and Omen of the Dead. There are also slower, control versions that try to dominate the board with removal. The one thing they have in common is a reliance on Pestilence. Pestilence does great work at picking off Spellstutter Sprite and friends while also doubling as a way to end games. 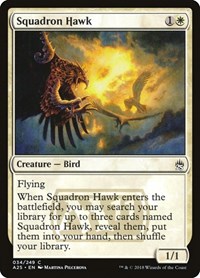 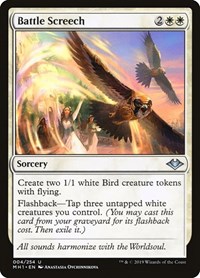 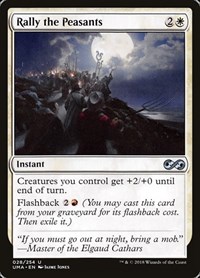 What happened? Boros Bully was the number one deck last time around but nearly fell out of the Top 10. The fall of Boros Monarch as a midrange strategy helped to open the door for Orzhov decks which can pack Pestilence. Fiery Cannonade and Suffocating Fumes are popular inclusions which can create problems for a deck based around 1/1 Birds. 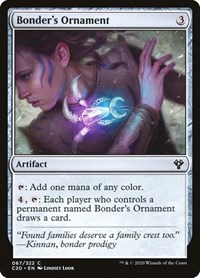 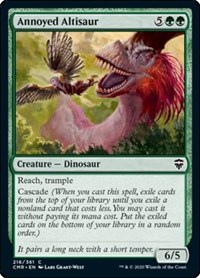 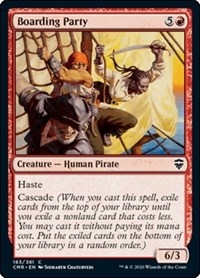 Jund Cascade is a deck that’s been lurking at the fringes of the metagame for a while. A three color midrange deck, Jund looks to leverage high quality cards and string them together with Bonder’s Ornament and the top-end cascade threats that have become emblematic of Pauper. 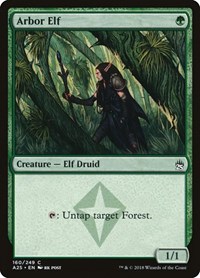 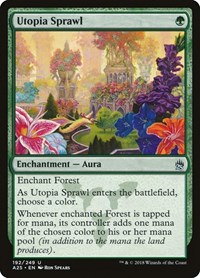 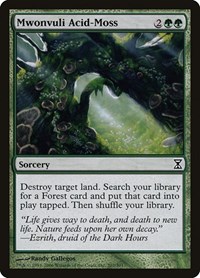 Gruul Ramp announced its presence but has fallen off a bit. The problem with using land destruction as a stall tactic to develop your own board is that opponents can adapt. Lately, Pauper has seen a rise of decks that run a lower curve and can survive on fewer lands, which makes Mwonvuli Acid-Moss less than ideal. 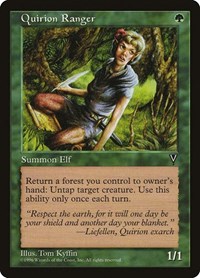 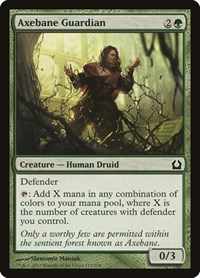 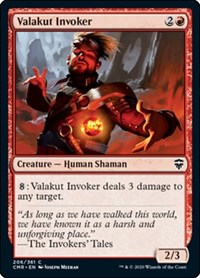 We reach the end of the cascade trio with WonderWalls. A combo deck fueled by Quirion Ranger and Axebane Guardian, WonderWalls can either spit out a massive army thanks to cascade or go for a combo kill with Valakut Invoker. Some builds have taken to running the cascade plan main and sideboarding into the combo as a way to get an edge in games two and three. 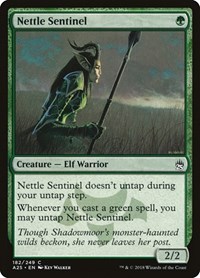 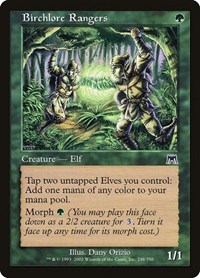 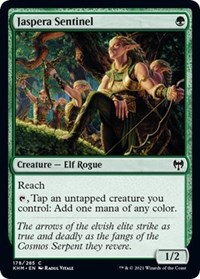 Elves is the original Quirion Ranger combo deck. Like WonderWalls it can spew out tons of creatures in a relatively short span of time. While Heritage Druid is a bridge too far, Nettle Sentinel combines rather nicely with Birchlore Rangers and the new Jaspera Sentinel. The Kaldheim addition has made additional splashes easier and it is not uncommon to see Elves running non-green bullets in the sideboard.

Elves also can attack from multiple angles. It’s easy to win with a Timberwatch Elf-fueled attack, but you can also go wide with Lys Alana Huntmaster or tall with Elvish Vanguard (and sometimes Wildheart Invoker). Valakut Invoker has popped up from time to time as has Harsh Sustenance. Heck, you can even go old school and use the copious mana from Priest of Titania to move around Viridian Longbow. 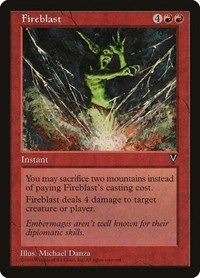 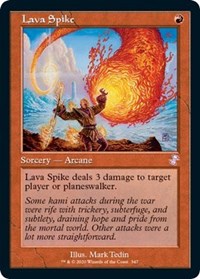 Burn is an oft maligned deck in Pauper, mostly because there’s copious amounts of incidental life gain. The Khans of Tarkir gain lands are popular while Radiant Fountain is a common inclusion in decks that want a life buffer (even if their mana base doesn’t support a colorless land). There are also fantastic dedicated life gain options such as Lone Missionary, Unexpected Fangs and Weather the Storm. Regardless, Burn is having a field day right now for a few reasons.

First is the advent of the Kaldheim snow duals. While one life is not a ton, one gain land often represented two or more life, which could mean surviving one more turn against the Burn deck. Second is the overall shift in Pauper from a battle of card advantage to a fight over board position. Before Commander Legends, most decks tried to accumulate cards early in an attempt to dominate the late game. The result was that plenty of decks had access to reactive cards and could in turn stop some of Burn’s progress. Now decks are trying to play to the board more which means they tend to be tapping out. Combine this with a decline in white decks and gain lands you get a field where fighting with fire works. 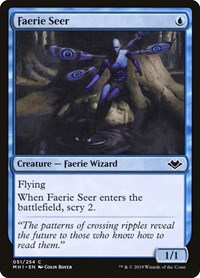 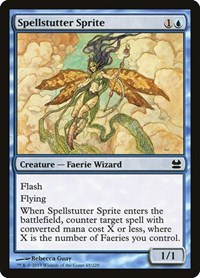 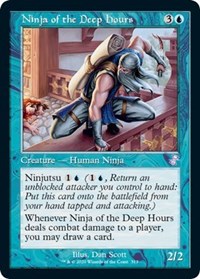 There isn’t much to say here. Dimir Faeries remains an incredibly strong and versatile deck. Combining cheap interaction with the pressure generated by Ninja of the Deep Hours just works. 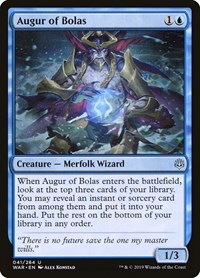 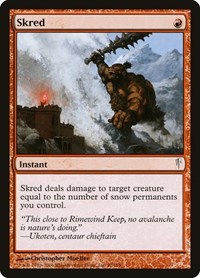 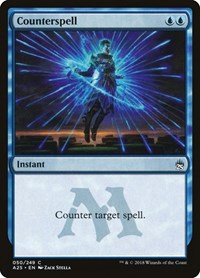 There isn’t much to say here. Izzet Faeries remains an incredibly strong and versatile deck. Combining cheap interaction with the pressure generated by Ninja of the Deep Hours just works. 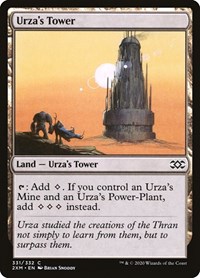 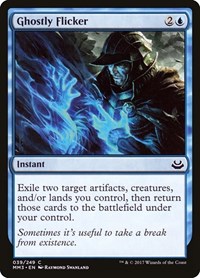 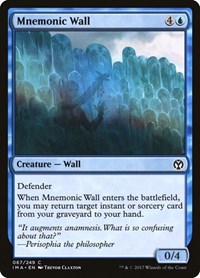 There isn’t much to say here. Flicker Tron remains an incredibly strong and versatile deck. Combining cheap interaction with the pressure generated by… okay I’m done with this joke. Flicker Tron bounced back in the last four weeks, putting up 10 Top 8s. This is even more impressive given that it had been completely shut out of several Top 8s over that span. While it’s no longer the undisputed number one deck, it remains a force in the metagame.

So those are the Top 10 archetypes in Pauper as it stands today. But what happens when we look at the totality of Kaldheim season? Over the 15 events we have records for, here are the Top 5 archetypes: