Last weekend I won the Players Tour Finals, stacked with 145 players of the highest caliber.

Now what I want to talk about is not the exact deck or card choices. The recent bannings has diminished their relevance. Rather, I’ll discuss the process that led me to my deck choice, my card choices and the way I structured preparation for the event.

Me and Magic; a Game of Educated Guesses

I am a 24 year old cardgame enthusiast from Hannover, Germany who qualified for a few PTs around the Kaladesh era, fell of the train for a bit and am now back on it. I’ve played in all the Mythic Championships/Players Tours since last summer at PT Hogaak.

I like to play the best deck rather than gunning for it and my approach to the game is fairly analytical, meaning I try to, well, analyze and understand choices that both I and others make. This way I don’t limit myself to learning about singular choices, but rather the processes leading to them, which allows for learning and developing ways of thinking about Magic that work and dismissing ways that don’t. 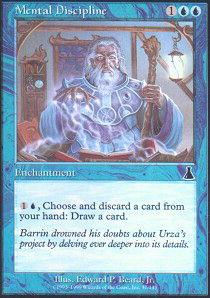 This might not sound helpful, so let me rephrase here: Magic is a game of educated guesses. What I believe one needs to suceed in high-level-tournaments is a mindset that allows them to make guesses that work out. A central part of this is to some extent trusting your gut instincts, but at the same time accepting your own mistakes and improving those instincts, as all players are just human beings and prone to making mistakes.

This does not mean that you can’t take advice from others, you should be doing that, but rather that you should take most things people say about Magic with a grain of salt. Use the foundations that articles or other types of content lay down about, for example, a certain archetype that you want to learn, as a stepping stone rather than the truth. Don’t outsource all the thinking!

Prior to the Players Tour Finals I participated in one of the Players Tour online tournaments to a 2-5 finish, playing Jund Sacrifice, a deck I felt fairly confident on, in part because I underestimated how much Temur Reclamation there would be.

For this tournament I wanted to improve my understanding of what metagame to expect and adapt my deck choice accordingly. One huge point toward that was Piotr Glogowski, better known as kanister, sending me this link in his discordserver. Before reading that article I thought about ways I could dodge having to play Reclamation, because I didn’t like the play patterns as much and tried telling myself I could surely find a deck or strategy that beats top deck, Reclamation. 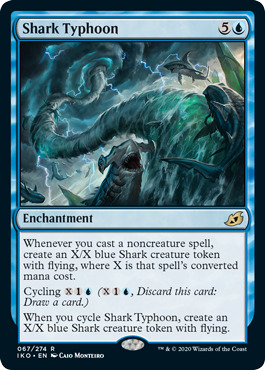 What I should have done in the first place is just learn to like the play patterns, to not limit myself to only a handful of strategies, because that doesn’t only hurt me as a competitor in the long run, but also in the short term.

The metagame I did expect was slightly above 50% Reclamation decks (two thirds of them being Temur), a few different aggressive decks, 5% Sacrifice decks and a bunch of wildcards.

Testing on the Arena Ladder

My first stepping stone to making a good decision about my deck was in place.

The next step was to find a sideboard guide for Four-Color Reclamation after playing a bit with Temur Rec, because I thought playing a version of a deck that has a lot of the same strengths while being favored in the mirror would be a good choice for this tournament. I expected the amount of Temur Rec to only increase from the Players Tour Online tournaments. 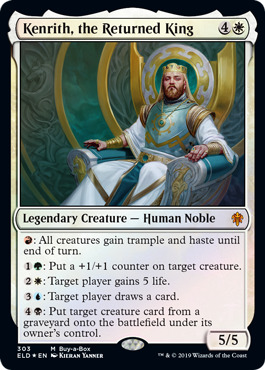 I started playing with the deck on the Arena ladder, because while testing with other people has merits, the ladder does allow you to play a lot of matches at your own convenience and (especially at higher Mythic ranks) you play against a lot of very talented players. Another issue with testing with other people you get to dodge on the ladder is that people would rather test the deck they want to play against stock lists. This is to avoid testing becoming “inbred”, which is reasonable, but stops you from continously changing and (hopefully) improving your deck.

On the ladder this problem disappears, while opponents decks aren’t always exactly stock, the decks in the tournament won’t be either. You also get to see different approaches on matchups and maybe even sideboard tech ideas people are figuring out. A huge problem is that most tournaments these days use open decklists, which is something you need to keep in mind if you use the Arena ladder as a primary testing tool.

One important note is that in my opinion the “best deck” under most circumstances profits more from open decklists than the lists gunning for that top deck. Assuming you play “the best deck” against a deck gunning for it, your list won’t suprise your opponent, but it wouldn’t even without open decklists. With open lists you get to see all their spice beforehand and can adapt your gameplan accordingly.

After playing the deck a lot on ladder and making adjustments I thought would be suitable for the expected metagame, I peaked at rank 4 (and then lost a bunch because I played some historic). It’s important that you have to at least have some faith in your own gut feelings. They’ll be wrong a lot, but by analyzing what  happened and why you got something wrong is how you get to improve the most in my opinion.

This might sound cheesy and you may have heard this before, but do not expect anything results wise. I had a good talk with Reid Duke the other day about exactly this topic and the essence is the following: expectation sets you up for disappointment. 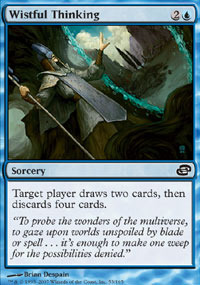 The only things you should be gunning for are playing your best, improving and learning from your or others mistakes. So what I did for this tournament is just that. I tried giving my best every single round, taking note of the mistakes I did (and there were plenty of them), but not letthing them affect me in the moment. To stay in such a mindset isn’t easy, we’re all fallible human beings and so you have to work to construct and uphold such a mindset.

I tried going for walks outside whenever I had a break long enough, doing some light exercise (especially for your back, you’re sitting all day!) and staying hydrated. Don’t do something mentally exhausting in between rounds, just watch some stream or a series you like that you’d also watch to get to sleep. Maybe even take a nap (if you can ensure you wake up in time). Take care of yourself.

Finally: How to Take Top 8 Down?

After making the Top 8 of this tournament I was pretty stoked, but it wasn’t over yet. I wondered – How do I give myself an edge in this Top 8 stacked with players that all make my lifetime winnings look like nothing?

What I did was take the first two days after the swiss portion of the tournament off from actual testing and just took quick looks at all seven possible opponents and their decklists. I also wrote down some rough approaches to the matchups and boarding – this took about one hour and one sheet of paper. I then rewatched my and kanister’s recorded matches with the deck to see possible mistakes and where to improve on them, but without wearing myself out.

I used the next three days (until Friday) to play two to three matches of every possible matchup and this way improve my sideboardplans and gameplan approaches.

Don’t overdo it. When you think you’ve mostly figured a matchup out, don’t excessively test it. Use your time for other chores and to take care of yourself. In this time period, as well as in the whole preparation process, I talked a ton with people via various discord servers. Picking the brains of other people proficient with the deck you’re playing can give you new perspectives. However, again, don’t take other’s words for gold, they’re also only human.

After I saw the structure of the Top 8 bracket I just used Saturday to chill and watch the 2nd season of The Umbrella Academy to relax, took a nap and then at 6 PM my time, tried to give it my best again. Don’t overexert yourself in preparation. Your well-being is at least as important for your tournament sucess as your deckchoice, playskill and luck all together. Afterall it’s a game, so it’s no good if you don’t enjoy yourself.

Hope you enjoyed the read and I’ll see you in my stream or whenever paper Magic comes back!

Kristof 'K_Prinz' Prinz is a competitive Magic player from Hanover, Germany. He won the Players Tour Finals in August 2020 and has competed in almost every major tournament in the last few years. You can watch him crushing the Arena ladder at Twitch.tv/K_Prinz.