There hasn’t been much of a change in the Historic format in the last couple of weeks. Most players were focusing on Standard thanks to the MPL/Rivals League Weekend and the Kaldheim Championship Qualifier on Magic Arena.

For that reason, the Historic Power Rankings remain unchanged for now. Jund Sacrifice has been the top deck by a significant margin, so if you want to give yourself the best chance to win, either get on the Sacrifice train or play something that has a really good matchup against it. The key is finding something that beats Sacrifice, but doesn’t give up the other popular matchups as well. If you find something, please let me know in the comments!

Two new interesting things I’ve seen in the past week were Yasharn, Implacable Earth in the sideboard of Gruul as a way to fight against Jund Sacrifice and Goblins with Realmwalker.

Historic Power Rankings - 2/22/21
With Uro banned in Historic, how does the metagame look? Martin's updated Power Rankings are here to help navigate a new format!

The good news is that there will be 25 new cards entering the format on March 11!

Historic Anthology is coming to Magic Arena on Friday, and while it isn’t the most exciting collection of cards as far as competitive decks go, there are some strong candidates that could shake up the format.

Today, I want to take a look at some of the new decks that’ll emerge as a result of some of these new cards being added into the format. 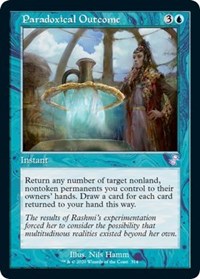 This deck used to be a very powerful force in Standard around the time of Pro Tour 25th Anniversary. Check out this deck PV played at the PT.

I believe almost all of these cards, at least the necessary ones, are now going to be legal on Magic Arena. In addition to that, you also get Mind Stone and Coldsteel Heart as extra mana rocks if you desire. Whir of Invention is another card that has strong potential in this kind of deck.

Chromatic Sphere and Emry, Lurker of the Loch are other very strong potential additions.

The game plan is simple – play a bunch of cheap artifacts and Inspiring Statuary, use the artifacts to pay for Paradoxical Outcome, return them to your hand and draw some cards, replay them, play another Outcome and win with Aetherflux Reservoir. 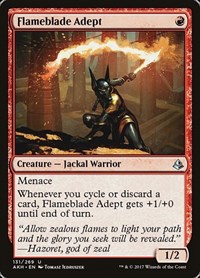 I’ll write more about this deck in a Deck Guide soon, but basically if you want to get into the Historic format without breaking your wild card bank, you can just take the Standard Boros Cycling deck, add Flameblade Adepts, Inspiring Vantage, Sacred Foundry, Forgotten Cave and Secluded Steppe and you’ve got yourself a competitive deck for the format!

With Flameblade Adept, this deck got a another crucial and powerful one-drop which fits into the deck’s game plan. Zenith Flare is a card that attacks from a “graveyard angle,” but it doesn’t get stopped by Grafdigger’s Cage, which seems relevant. 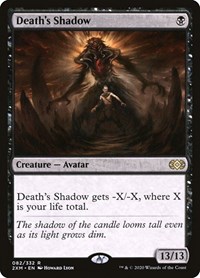 Raphael Levy played this deck in the previous MPL League Weekend and Death’s Shadow seems like a great natural addition. The combination of Thoughtseize, shocklands and Ifnir Deadlands will help you manage your life total. Time will tell if this deck is going to still be good without fetchlands and most importantly Street Wraith, but I do think it has good potential.

I’ll take a look at how these new cards have changed the metagame in two weeks. See you then!