At the World Championships, in one of the last major tournaments before the last rotation, we got to see the power of a mono-white “weenie” deck in the hands of Sam Black as he propelled himself all the way to the Top 4 in the toughest event of the year. The loss of Nykthos, Shrine to Nyx and the printing of the Battle for Zendikar lands has meant that there is essentially no reason to play a mono-colored deck in current Standard, but that doesn’t mean that one can’t succeed.

White currently has all the tools needed without any help from any other colors. If you want an aggressive creature deck, just take a look at some of the powerful options you have available to you for a mere 1 mana: Dragon Hunter, Mardu Woe-Reaper, Kytheon, Hero of Akros, and Expedition Envoy. The number of Savannah Lions around is at its peak right now. You can load up with a wide variety of 2/1s for 1 with extra abilities. 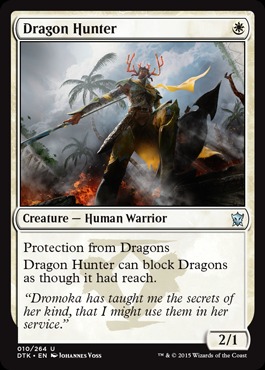 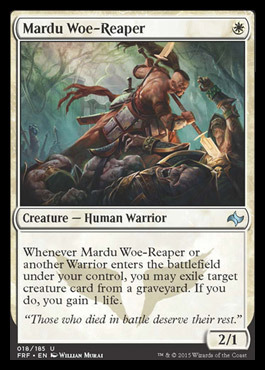 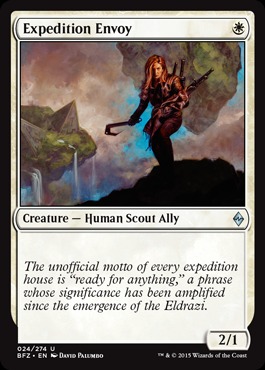 The rest of the curve gets a little bit weaker. Consul’s Lieutenant and Anafenza, Kin-Tree Spirit are fine, but not overly exciting. Knight of the White Orchid, however, is excellent as it helps you steal back the play when you’re on the draw, and you will almost always have another small creature to play the same turn that you get your extra land. 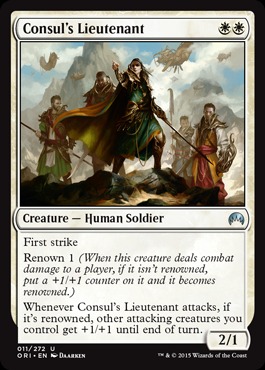 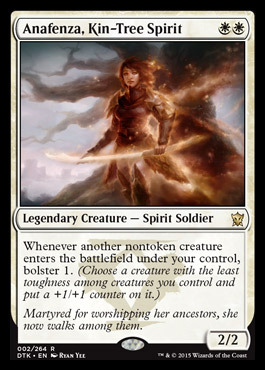 From there, white also has many of the best removal spells in the format. Enchantment-based removal has been the removal of choice in many different Esper builds despite the access to black mana that they already have. Silkwrap and Stasis Snare are efficient, while access to Valorous Stance as a split card that can act as removal or save a powerful creature is excellent. 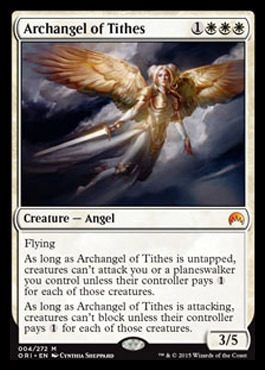 Archangel of Tithes hasn’t had a great opportunity to shine, but the card is quite powerful. Not the easiest to cast in many decks, that cost becomes effectively 4 colorless mana in a deck featuring a mana base of 100% basic Plains. White also has access to one of the most powerful planeswalkers we have seen in some time in Gideon, Ally of Zendikar. Being able to churn out an army or act as an anthem effect for the various weenies makes Gideon a true all-star without even factoring in the +1 ability of completely smashing opponents. Secure the Wastes combos perfectly with the Gideon emblem, as a way to use excess mana in the late game, or simply to put out a couple creatures at instant speed. Having both Gideon and Secure as followups to sweepers gives mono-white some serious potential.

Decks like this would be quite weak to a strategy like Rally the Ancestors since that deck is happy to get its creatures in the graveyard and there would typically be little to no interaction to stop from getting combo’d out. White also has access to Hallowed Moonlight as a great answer to Collected Company and Rally.

Does mono-white have all the tools to become a force in Standard? You tell me!