2
Glass Casket
3
Maul of the Skyclaves

Last weekend, the Magic LATAM Challenge happened with over 1000 players registering and, after 16 rounds of swiss, Guillermo Fisher from Argentina ended up in second place with Mono White Aggro, a deck that I often see in the best-of-one queues on Arena, but rarely see in best-of-three, despite putting up great results. The Top 8 of the Grand Finals will be played in two weeks and you can check the rest of the Top 8 here. 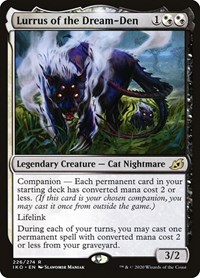 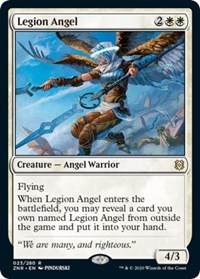 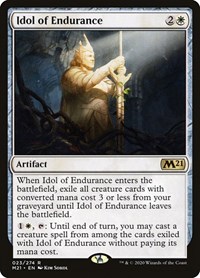 Guillermo’s deck is a plain and simple: play white creatures and turn them sideways. I love the addition of Lurrus of the Dream-Den in the main deck, it’s definitely a card that should see more play in general, not just as a companion.

Another unusual card we see in best-of-three is Legion Angel, which offers evasion and card advantage engine to keep the beat flowing.

The last card I feel to highlight is Idol of Endurance, which I loved in M21 Draft in my Boros Aggro decks but never see it in Constructed. It’s a good way to recur creatures against Esper Doom and UB Control, as you don’t use the graveyard and exiling them isn’t a downside.

I love to see new decks still popping up in Standard, and I wish Guillermo best of luck in his Top8 matches in two weeks!