Tired of Sultai Ultimatum, but still a control fan? Fabrizio Anteri has you with this Sultai Control deck that he piloted to a Top 4 finish in the Standard Showcase last weekend! 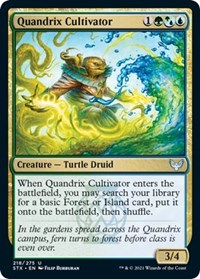 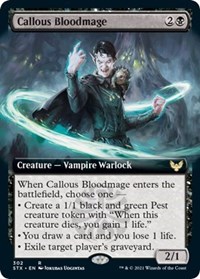 The only two new cards from Strixhaven that Fabrizio included are Quandrix Cultivator and Callous Bloodmage.

The first one is a Solemn Simulacrum on steroids. Being able to pick up a basic Island and put it into play untapped to follow up with a Mystical Dispute is fantastic, as well as having a relevant 3/4 body to be able to block or trade with the various threats in Standard.

The name of the game for Callous Bloodmage is versatility. While you’ll be drawing a card with it most of the time, having the option of making an extra body against aggro, exile your own graveyard against Rogues or exile the opponent’s graveyard against Cycling is no joke. In a deck with four Yorion, Sky Nomad that can blink it, it’s definitely not something to sleep on.